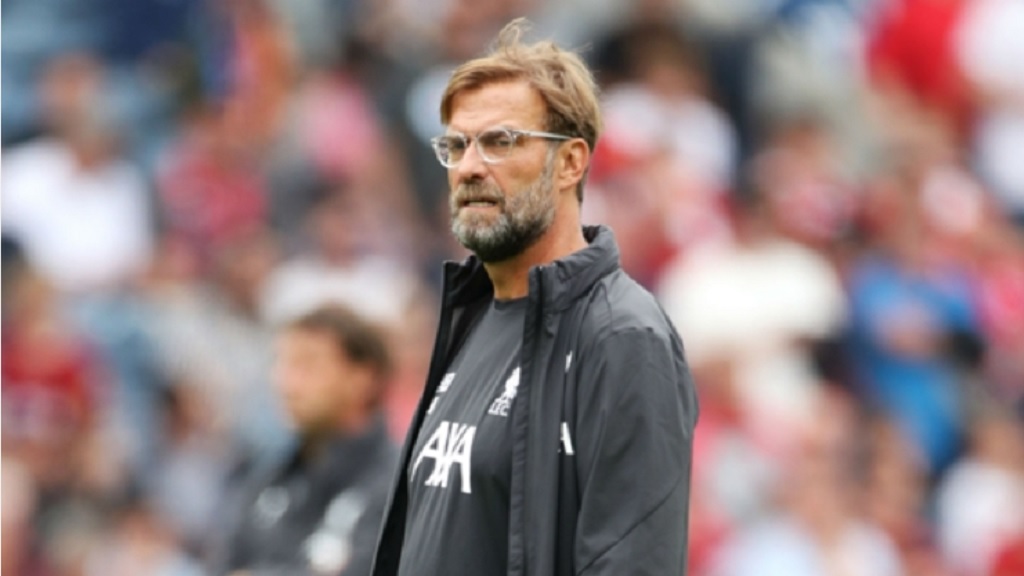 Liverpool must find an extra gear against Manchester City in Sunday's Community Shield despite ending their pre-season slump, according to manager Jurgen Klopp.

The European champions fell behind to an early Memphis Depay penalty in Geneva, before strikes from the returning Roberto Firmino and Harry Wilson either side of a Joachim Andersen own goal secured an accomplished 3-1 win over Lyon.

The result came on the back of a 3-0 weekend loss to Napoli at Murrayfield – Liverpool's fourth winless friendly in succession.

"All round it was a much better performance, but again, I said that will happen," Klopp told his club's official website.

"Now we have three more days to prepare for the City game and then we will see what we can do there.

"I am of course happy, but I know we must play much better to have a chance against City.

"Man City is different to all other games that you play – you have to play a pre-season game against Man City to prepare for Man City and we didn't do that!

"We are all human beings and losing football games we never get used to, so I'm really happy that we could change that."

Firmino returned to club action alongside Alisson and Mohamed Salah following their international exploits over the close season.

Alisson erred to give away the fourth-minute spot kick, but his Brazil colleague and Salah offered their typical edge and quality to the Reds' attack during the first half.

"Mo is naturally fit and he can sprint all day, which us helps of course," he said.

"It opens up the pitch, you can play much more football - not always between the lines. If you from time-to-time chip the ball in behind the line, then Mo makes these offers which is very important for us.

"Bobby in between the lines and in the box [was] present [and] really important."

Klopp insists the trio will be involved against City and did not rule out handing them starts.

"I don't say 100 per cent not, there's a chance that they will play, yes. They will be involved whenever, from the start, maybe we cannot make these [number of] changes like today [against Lyon] after half an hour or whatever, that's maybe not possible in that game, so we have to see.

"We have to see how they react tomorrow. Now training is not the highest intensity anymore, now training is about the detail [and] we really need to prepare the game."

Guardiola lauds Foden as most talented player he's ever seen