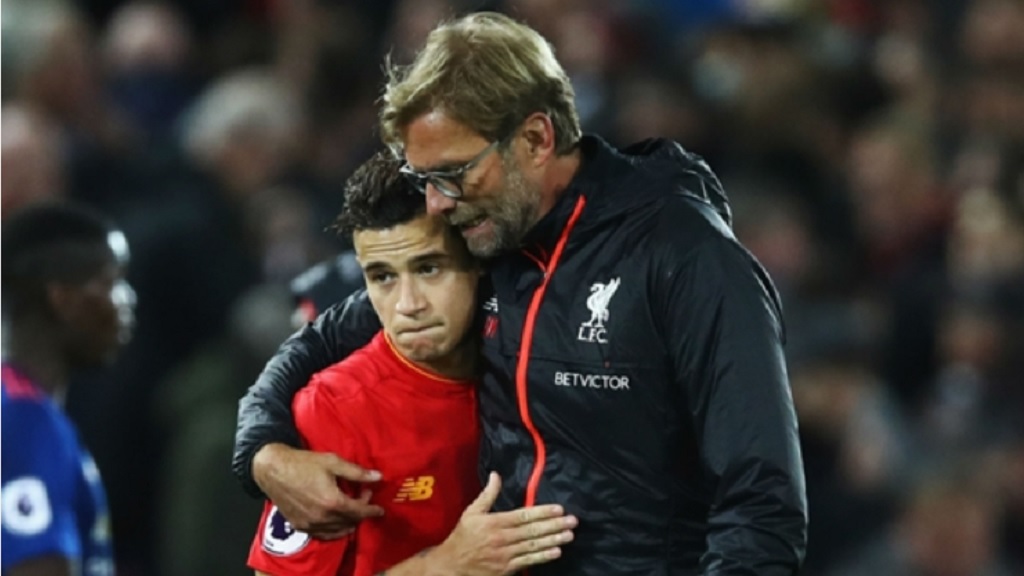 Jurgen Klopp revealed Liverpool could not afford to bring Philippe Coutinho back to Anfield as he backed the attacker to shine at Bayern Munich.

Coutinho's move to the Bundesliga champions was confirmed on Monday, the Brazil international joining on a season-long loan from Barcelona with Bayern holding an option to buy for €120million.

The 27-year-old had also been linked with a return to Liverpool, where he starred for five seasons before joining Barca.

Klopp said the European champions could not spend the money required to sign Coutinho, with Bayern paying an €8.5m loan fee and the star's wages.

"It sounds a bit strange, but we could not afford it," he said at the Sport Bild awards on Monday.

"We have already spent the money that we got for him."

Klopp backed Coutinho to shine for Bayern after struggling to have an impact at Barcelona.

"We were reluctant to sell him, but Barcelona forced us with money, so to speak.

"He is a player who can change games for the positive. It's not that nice for Dortmund, but it's a great transfer for Bayern and the Bundesliga."