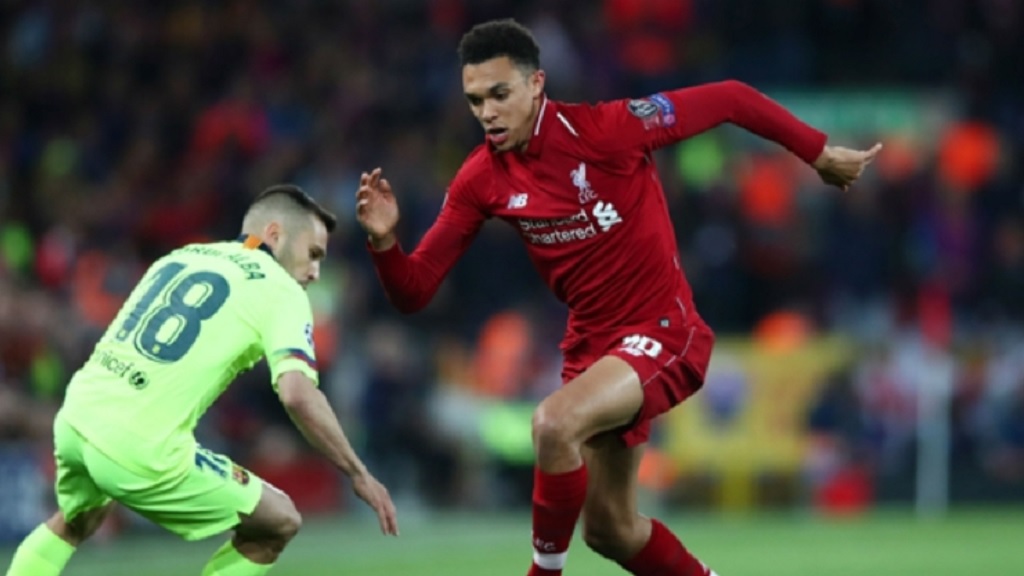 Nursing a 3-0 deficit from last week's first leg and missing star forwards Mohamed Salah and Roberto Firmino, Liverpool sprung into action at Anfield and hit the front through Divock Origi after seven minutes.

A quickfire double by half-time substitute Georginio Wijnaldum had the tie remarkably all square before the hour and Alexander-Arnold's quick thinking created Origi's decisive final salvo.

Shaping to jog away from a right-wing corner, the England right-back darted back towards the ball and arrowed in a low cross that was emphatically smashed home by Origi as Barcelona's defenders groggily looked on.

"We thought our performance was better than 3-0 at Barca, and Barca were better than 4-0 here," Klopp told a post-match news conference.

"We all know you need luck in this situation or a genius moment like Trent Alexander-Arnold.

"I saw the ball in the net and didn't know who had taken the corner, it was too quick for me. Oh my God – genius."

Manchester City's win over Leicester City on Monday meant Liverpool faced ending a phenomenal season at home and abroad with nothing tangible to show for their efforts.

However, even with the odds stacked against his players, Klopp felt their unbending mental strength could give them a chance against Lionel Messi and colleagues.

"I said to the boys before the game, 'I don't think it's possible but because it's you, so we have a chance'. We really are mentality giants," he said.

"If you go out there and ask who bet a penny on us I don't think you would find a lot of people. To go out there and put in a performance like this is unbelievable. What they did was so special."

Klopp also paid tribute to the Anfield faithful for their contribution on a raucous, unforgettable evening.

Asked whether such a win would have been possible in an empty stadium, he replied: "No chance.

"We know this is the club that makes atmosphere, emotion, desire and football quality. If you cut off one it doesn't work. We know that, I've said it before.

"This club has a big heart and tonight it was obviously [beating] like crazy. It was pounding, you could hear it and feel it all over the world."

Liverpool were beaten 3-1 by Real Madrid in last season's final in Kiev, where Salah departed with a shoulder injury inflicted by a first-half challenge from Sergio Ramos.

Klopp conceded that outing, which was undone by two dreadful errors by goalkeeper Loris Karius and a Gareth Bale wondergoal, left a sense of unfinished business.

"After last year we felt we have to go back. We cannot let it stand like this," he added. "Now we get another chance and we will go for this.

"This club touches you like crazy. I love it."