Klopp: All Liverpool players should get a medal for winning title 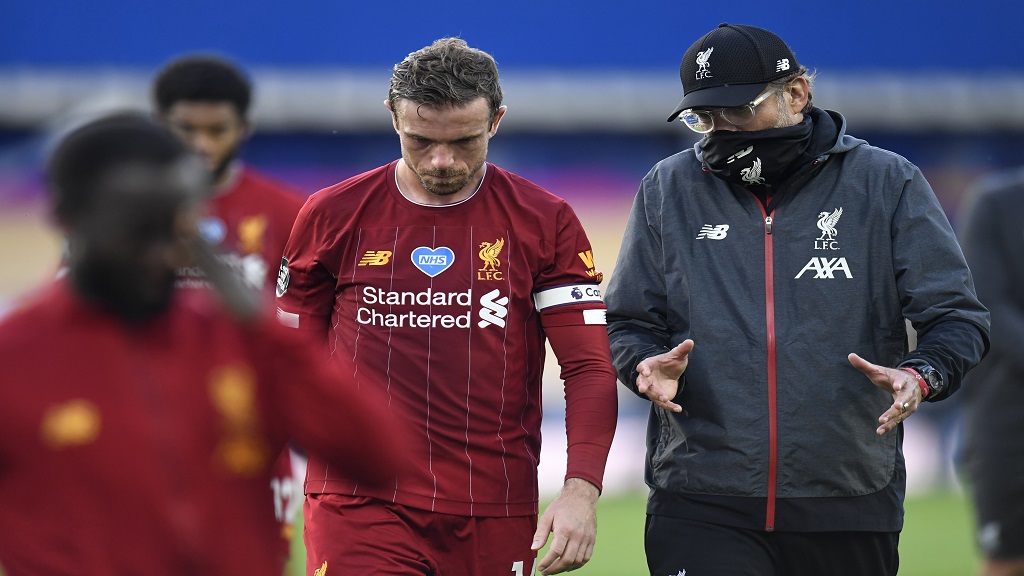 Jurgen Klopp will make sure all members of his squad receive a medal to celebrate Liverpool winning the Premier League, no matter how many games they have played during the season.

Players need to have made five league appearances to get a medal and the vast majority of the Reds' first-team group have already qualified under the competition's criteria.

However, youngsters Harvey Elliott, Curtis Jones, and Neco Williams are currently under the threshold with six games remaining, potentially leaving Klopp with a dilemma over whether to give them minutes with the title already sewn up.

Yet Liverpool's German boss believes they have already done enough to deserve one for their efforts in training throughout the campaign - and is even willing to give his own medal away to make sure every player is recognised for helping to end the club's 30-year wait to be crowned champions again.

"I'd rather they think about the [five appearances] rule again, make it happen that if you have played one game then you should have a medal," Klopp told the media.

"Five games? I’m not sure who came up with that idea. I don't think that it's a good rule because people don't understand how important the squad is to win a championship, then I cannot help the people to be honest.

"You train five million times over a year and if you don't train at the highest level you have no chance to win a championship.

"Someone decided you have to play five games to win a medal? These boys will get a medal, 100 per cent. I will produce it myself. They can have my medal.

"We have to win football games; it's not about giving appearances away here and there. They deserve a medal and they will get a medal, if not from the Premier League then from me."

The next opportunity for those on the fringes to play could come on Sunday when Liverpool take on relegation-threatened Aston Villa at Anfield.

Late goals from Andy Robertson and Sadio Mane secured a dramatic 2-1 victory in the reverse fixture at Villa Park, much to Klopp’s delight. However, it was the team's desire to keep going until the end, rather than the three points, that pleased him the most.

"I thought it was so important because the season before showed us that we have to be pretty much perfect to have a chance to win the league. City usually wins all their games, which was obviously the case the year before," Klopp said.

"We equalised with the pressure we made in that situation, but I was not too surprised. What I loved most in that game was how we took the ball actually. Everybody knew, while we don’t know if we can win the game, we should at least give it a proper try."