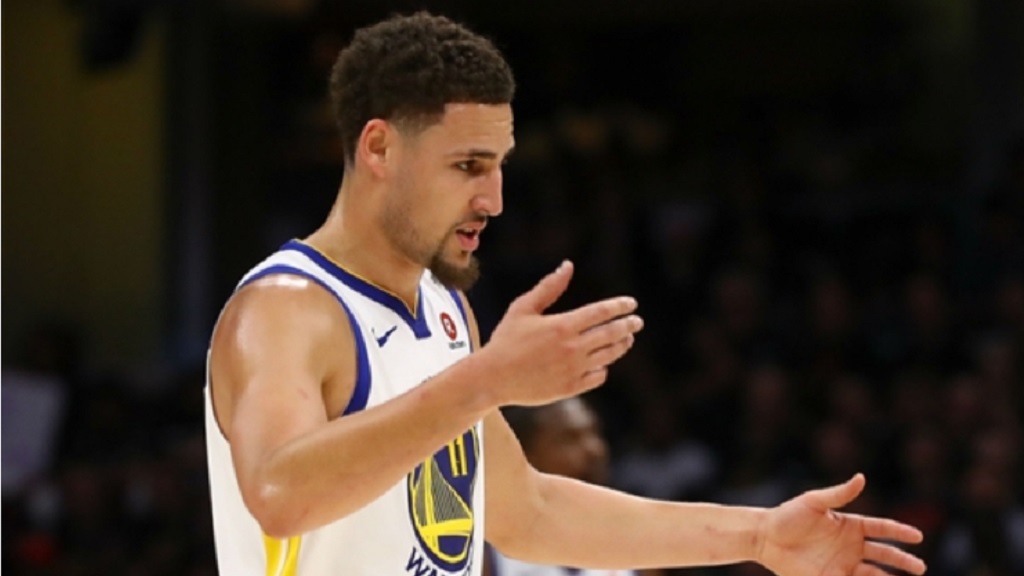 Klay Thompson was not at all happy about missing this year's All-NBA selection.

The Golden State Warriors star met with media on Thursday and was informed that he had finished behind Kemba Walker in the running for the Third Team.

Thompson consequently does not become eligible for a 'supermax' next contract from the Warriors and could not hide his frustration.

"Oh, I didn't [make it]? It already came out?" he asked a reporter, before shaking his head in disbelief at Walker's inclusion.

"That's cool and all - I respect those guys - but when you go to five straight Finals, it takes more than just a couple of All-NBA guys. It's an all-time team.

"But whatever. I would rather win a championship than be Third Team All-NBA, so it's all good."

Discussing how it affects his contract situation - his deal could have been worth an extra $30million - Thompson added: "It is what it is. I can't control it.

"Do I think there's that many guards better than me in the league? No. But that's the reason we're still playing. I don't even want to get into it, honestly."