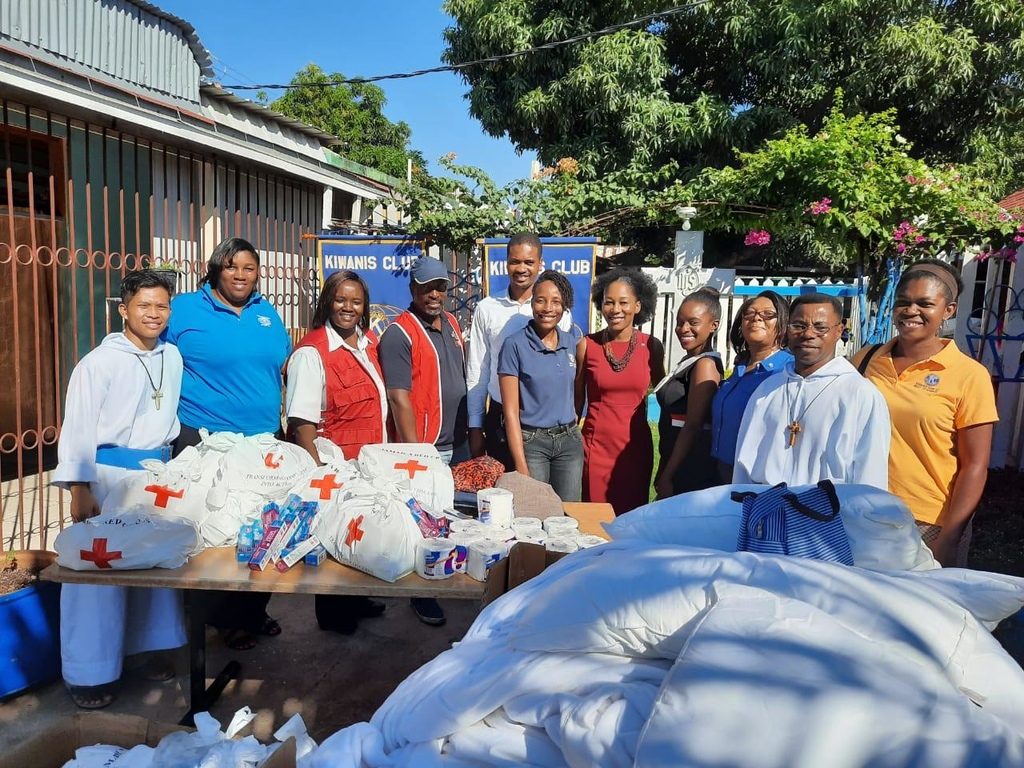 The Kiwanis Clubs of West St Andrew and Stony Hill, along with the Jamaica Red Cross last Thursday donated a variety of personal-care items to the Lord’s Place.

The Lord’s Place is one of seven facilities operated by Father Richard Ho Lung’s Missionaries of the Poor in Jamaica.

The Kiwanis Club members made the donations in recognition of World Aids Day, which is celebrated globally on December 1.

The facility administers care to terminally-ill patients, as well as orphans, malnourished children, the elderly and special needs young women.  One hundred and thirty residents are now accommodated there.

From left: Brother  Louisa Israel of Missionaries of the Poor takes a photo with Kiwanis Club of West St. Andrew's President Marie Brown and the club’s PR Chairman Marshalyn Rose following the handover.

Missionaries of the Poor expressed appreciation for the items, which included mainly clothes and toiletries, pillows etc, thanking the groups for "merciful and tender interaction with the residents".

The missionaries also noted how such donations were vital for the continued delivery of services to the country’s most vulnerable.

"Without such gestures of kindness, Missionaries of the Poor would not exist. Our residents have no one else but our brothers, who with missionary hearts, have cheerfully given their lives to be with the retarded, handicapped and homeless- children, youth and adults," said Brother Alex Castaneda, who took the visiting groups on a tour of the facility.