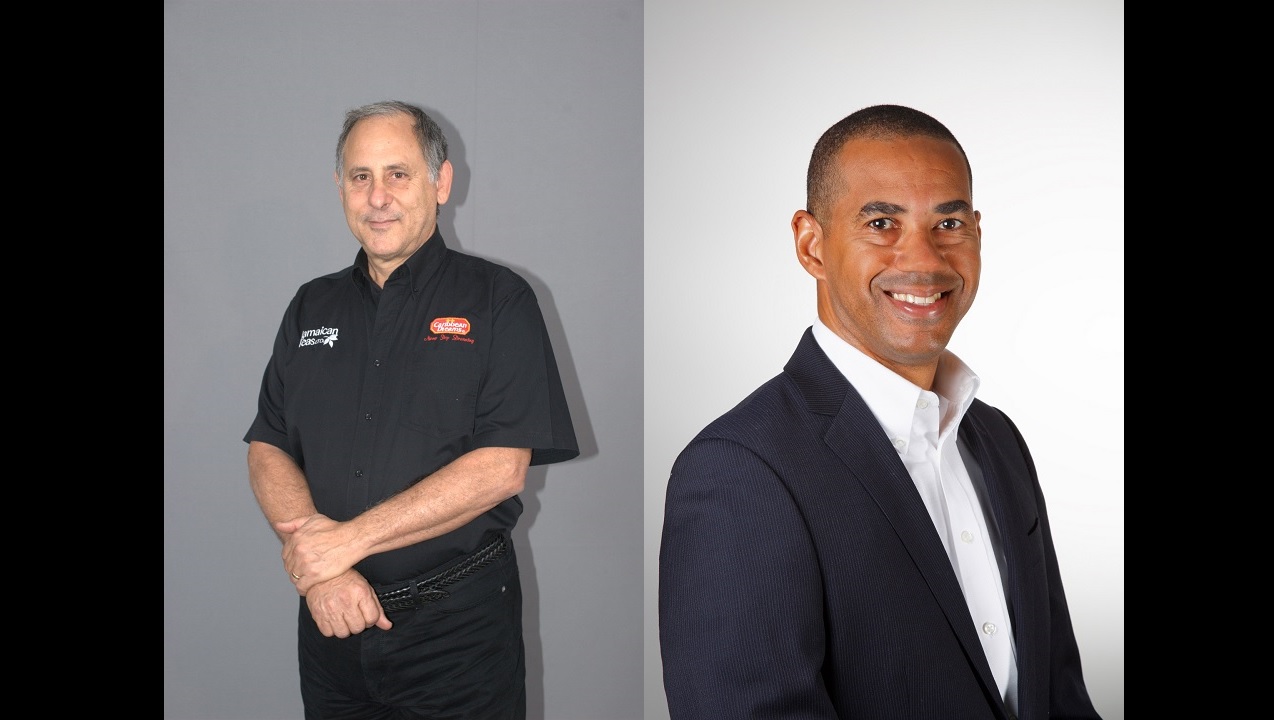 John Mahfood and David Stephens, the most recently appointed directors at KIW International

KIW International (KIW), a property holding and investment entity, is actively reviewing options to list its ordinary shares on the Junior Market of the Jamaica Stock Exchange, (JSE), the company has announced in a press release.

During the past year ending March 2017, KIW reported profit from its investment portfolio and rental income of approximately $35 million as compared to $20 million for the previous year.

"KIW has been making steady modest profits for a number of years and has accumulated net assets in excess of $200 million. The assets include Jamaica Stock Exchange listed stocks valued at some $65 million and property," the release said.

The Government of Jamaica - with a combination of ordinary and preference shares - had a 43 per cent interest in KIW which was sold to Jamaica Teas Limited (JTL) in April.

The shares were reportedly sold to JTL pursuant to a public invitation in which that company was the successful bidder.

JTL, in its last audited financial report, reported revenues of more than $1.3 billion, profit of $153 million, inclusive of unrealised gains on investments and shareholders’ equity of $878 million.

KIW owns property covering about three acres, along with buildings currently being rented and generating rental income, the company said in the press release.

"The Company is considering relisting on the JSE to ensure that shareholders have a liquid market in which they can trade shares. A General Meeting of the shareholders is planned for the coming months, at which a fuller update and Financial Statements will be available for review and discussion," the company said.

The Directors of KIW are John Jackson, Chairman, John Mahfood, Kemillee Mclymont, Karl Wright and David Stephens. Mahfood and Stephens are the most recently appointed directors.