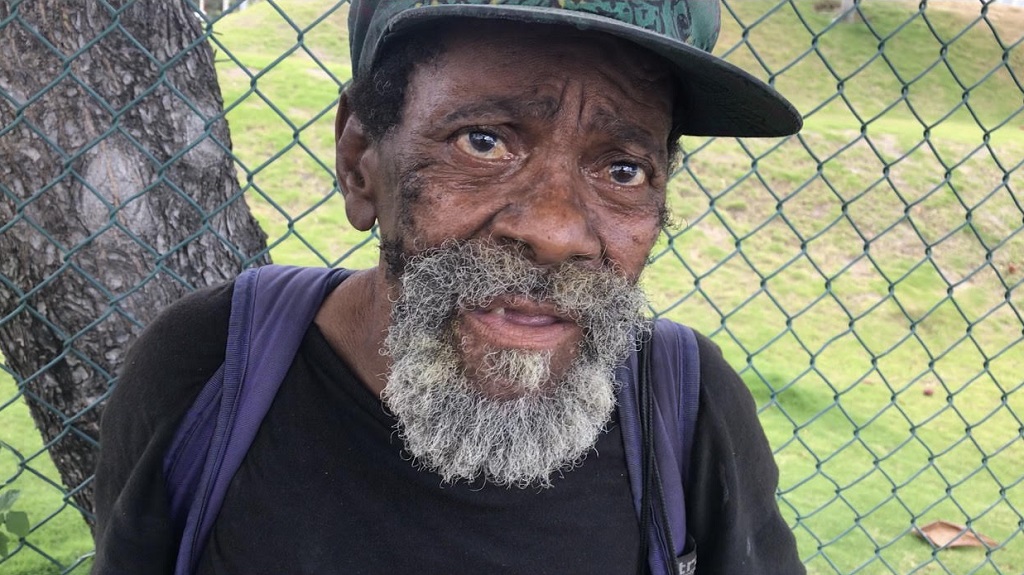 Carlton Lee is living a nightmare.

At a time when millions of Jamaicans are celebrating Emancipation Day, the senior citizen is homeless and literally counting the days before he dies.

Forced to live on the tough streets of downtown Kingston, Lee says he’s suffering from prostate cancer. Among his wishes for his birthday Wednesday was to just be able to survive another day.

“Right now, my life is in shambles… I have nowhere to live l, have no food to eat; today is my birthday but there will be no celebration,” Lee, who is in his late 60s, said in an interview with Loop News.

“Tomorrow (today) is Emancipation day as them say but I am living in bondage… is two years now me diagnose with prostate cancer and it is getting worse; I am just literally counting the days,” said a visibly distressed Lee before temporarily stopping the interview to ask a passerby for something to eat.

His modest demand for food was met by the Loop News reporter who purchased a lunch for the ailing senior citizen. For a moment, it brings a weak smile across the face of Lee but the look of distress reappears seconds later.

“I used to live on Slipe Road but life get hard and pure things reach me,” Lee said.

“Mi place burn down; mi living on the street and, as if things couldn’t get worse, me hear say mi have cancer,” he outlined.

He added that his biggest wish for his birthday was to get a comfortable place to live out what he said were his “last days”.

“Right now, my biggest wish for this special day is to just get somewhere to live to spend mi last days in a dignified way…  no way a man my age should be living this way,” he said while grimacing in apparent pain.

Lee told Loop News that he often feels severe pain but is unable to afford medication, which he said would run him about $3,500 a week.

“Those sort of money I don’t have and I don’t know where I will find that, so you see my situation,” said the elderly man.

Asked about his relatives or whether he has any children, Lee declined to comment.

The Kingston and St Andrew Municipal Corporation (KSAMC) has a number of shelters to accommodate the homeless. However, many of the homeless, like Lee, have stayed away from the facilities to seek other assistance or food on the road.

After a number of highly-publicised feeding of the homeless on the streets of downtown Kingston - including by reggae artiste Buju Banton - the KSAMC issued a notice to advise that feeding activities involving street persons should only be done in designated enclosed areas.