Kingston Freeport Terminal Limited (KFTL) is reporting that in just six weeks since the launch of its environmental initiative, “KFTL Go Blue: Recycling Begins with you,” approximately 30,000 plastic bottles (or 970 lbs) have been separated for recycling by its over 1,000 employees.

The campaign, which was launched on World Environment Day (June 5), features various initiatives to improve waste management, energy and resource conservation at the facility. This includes placing colour-coded bins in strategic locations across the terminal to facilitate separation of waste streams by staff and stakeholders. The separated waste is then collected by KFTL’s designated contractor, Recycling Partners of Jamaica.

“The support has been remarkable so far from both staff and stakeholders,” noted Christopher Gayle, Environmental Specialist at KFTL.

“We are cognizant of the fact that waste separation practices are part of an overall behavioural change which is necessary for us to see real impact, so we will continue to raise awareness so that the efforts are seen not just on the port but also in our wider communities,” he added. 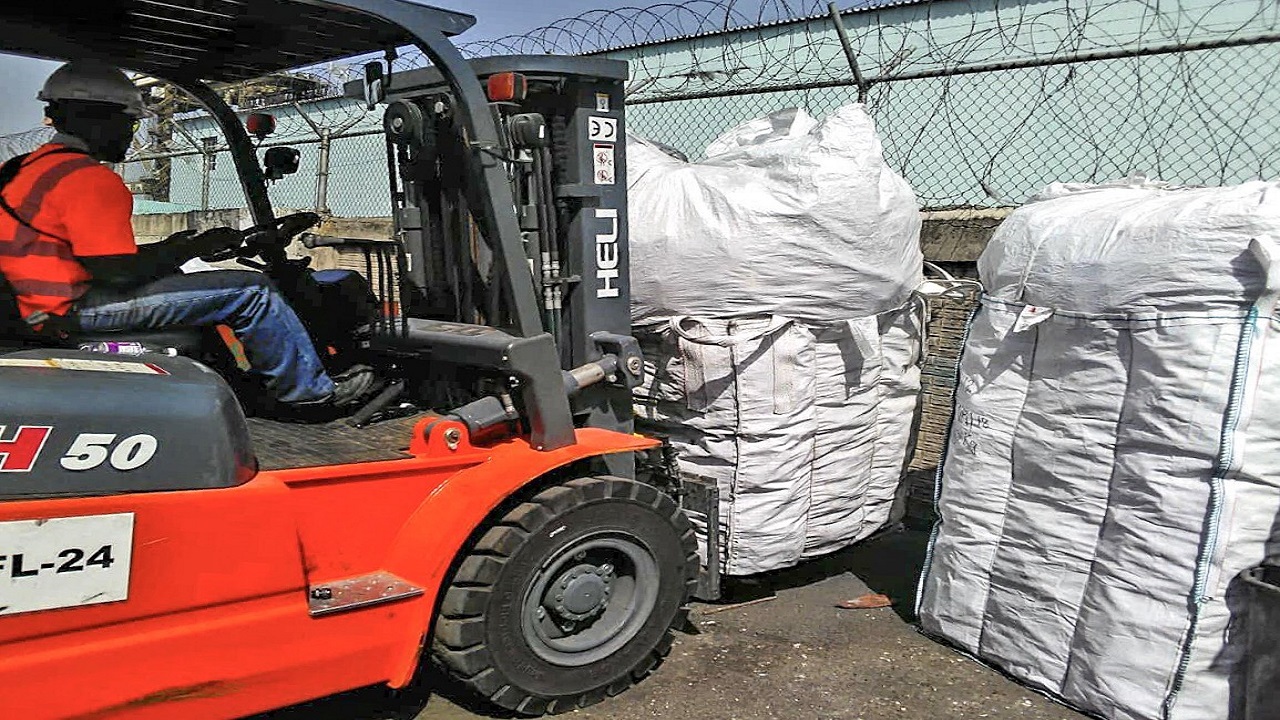 A KFTL staff member removes one of the super-sacks filled with plastic bottles for collection by the Recycling Partners of Jamaica.

The major objective of the KFTL Go Blue initiative is to reduce the environmental footprint of KFTL’s operations through Energy/Resource conservation and Recycling/ Solid Waste Management.

In addition, KFTL has discontinued the supply of single-use plastic straws at its canteen facility and is progressing with plans to replace styrofoam food-ware with bio-degradable containers.

The Recycling Partners of Jamaica reported that between March 2014 and March 2017, it collected over 3.3 million pounds of plastic - or over 100 million plastic bottles - from the environment in Jamaica.