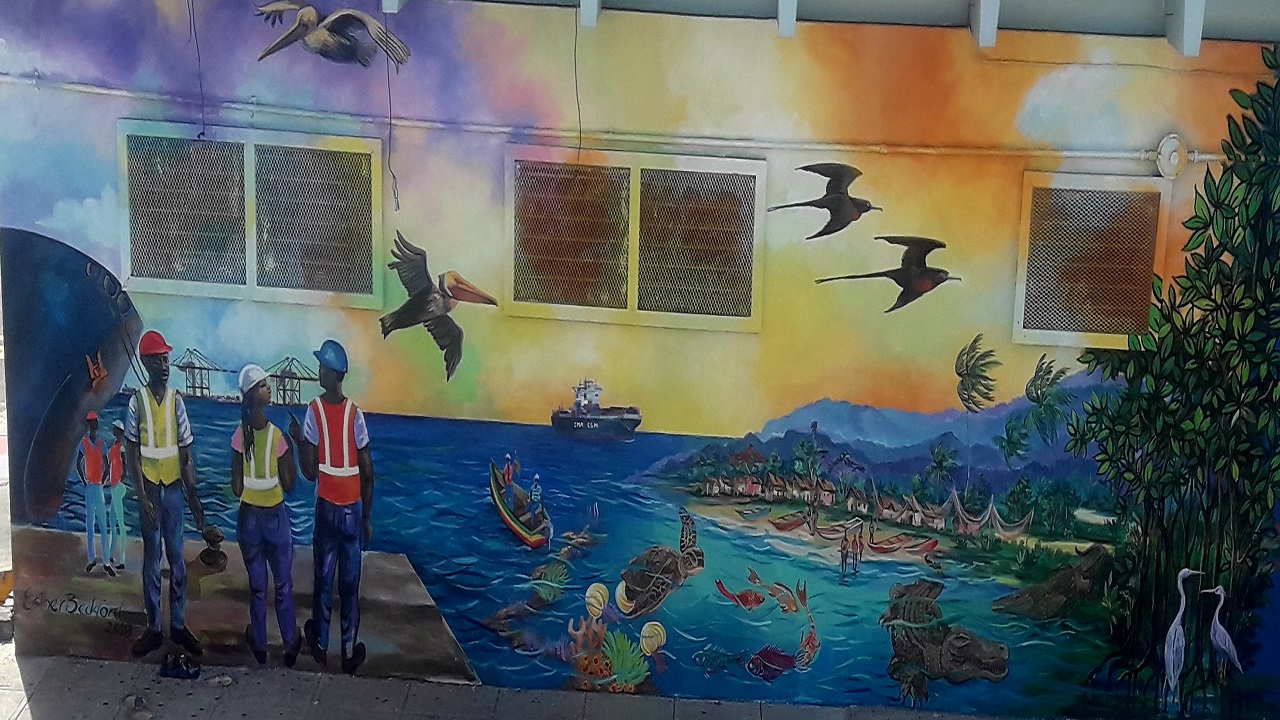 The environmental mural which was recently painted on a wall near the company’s entrance to showcase KFTL’s commitment to pursue its business goals in harmony with the environment and stakeholders.

As Kingston Freeport Terminal Limited (KFTL) approaches its two year anniversary on July 1, the company continues to implement its Environment and Social Management System (ESMS) aimed at reducing any potential negative impact of its operations on its stakeholders and surrounding communities.

To this end, the company recently launched its environmental initiative called KFTL Go Blue under the theme “Recycling Begins with you.”

Colour-coded bins have been placed in various locations of the terminal to facilitate separation of waste streams by staff and stakeholders. The separated waste will then be collected by designated recycling contractors.

The company will also utilize various communication materials to help promote and encourage recycling practices. These materials will include a video, posters, signs and vehicle wraps. An environmental mural has also been painted on the wall near the company’s entrance to showcase KFTL’s commitment to pursue its business goals in harmony with the environment and stakeholders.

In addition, KFTL has discontinued the supply of single-use plastic straws at its canteen facility and is advancing plans to replace styrofoam food-ware with bio-degradable containers.

Earlier this year, KFTL reported that over 8,299 bags of garbage, comprising mainly plastics, were removed from the Refuge Cay mangroves in Kingston. This was part of a cleanup and restoration project sponsored by KFTL and executed by the University of the West Indies (UWI) Centre for Marine Sciences and the Port Royal Marine Laboratory.

KFTL has also sponsored the ‘Port Royal Cays Coral Reef Rehabilitation’ project, the implementation of which will begin in 2018, the International Year of the Reef, and will feature the design, installation and monitoring of artificial reef structures on the Port Royal Barrier Reef.