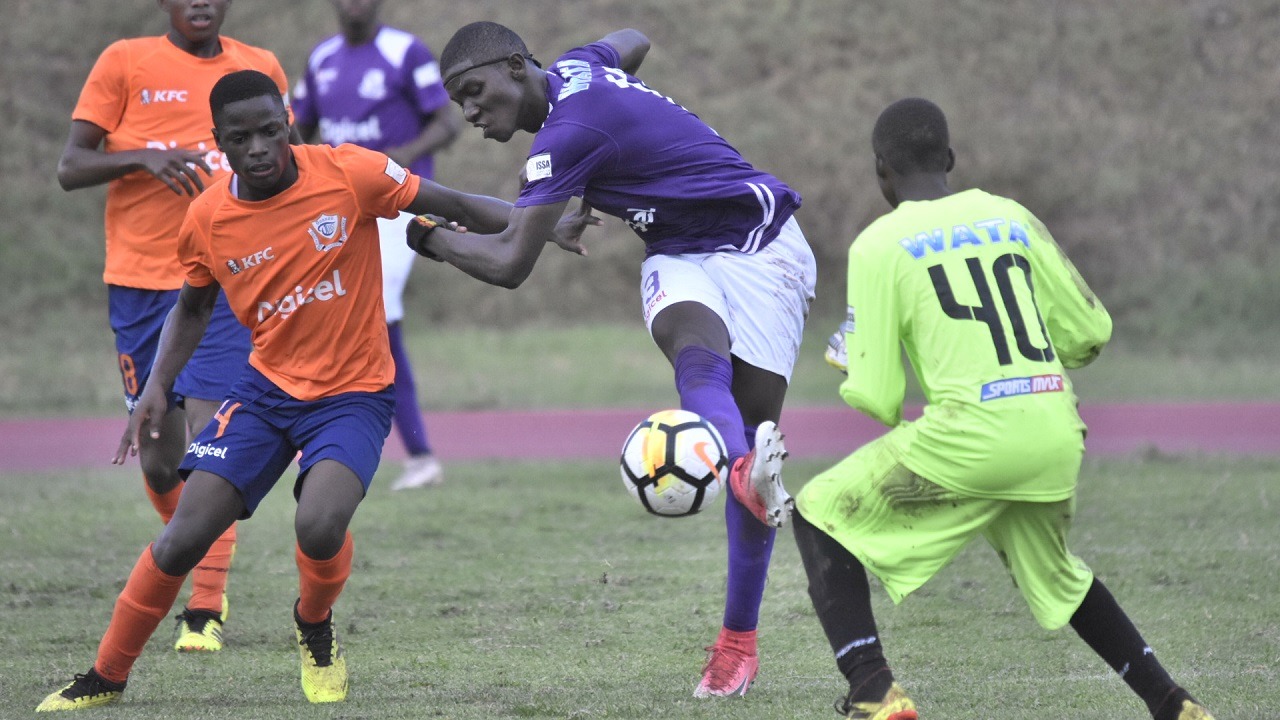 The match started late amid afternoon showers, which washed away the markings of the field and had to be remarked. KC players also observed a moment of silence before the start of the match for student Malek Grannell, who died from sickle-cell disease on Sunday.

KC handed a debut to Ugandan track star Arymanya Rodgers, who made headlines in 2017 following his enrollment at the school that year.

Rodgers' enrollment at KC strengthened the school's track and field team heading into the ISSA/GraceKennedy Boys and Girls' Athletics Championships that year, and it angered one school - Calabar High.

In a desperate attempt to prevent Rodgers from competing at the championships, Calabar used up most of the last two weeks that season to protest the decision by the Inter-Secondary School Sports Association (ISSA) to allow the track star to compete.

Goals by Ronaldo Robinson in the 30th minute; Oneedo Allen in the 33rd and 87th; Travar Tingling in the 38th; and Treyvon Reid in 42nd and 58th; along with  an own goal in the 48th and a Kenoto Campbell strike in the 56th minute gave the 14-time champions the impressive win. 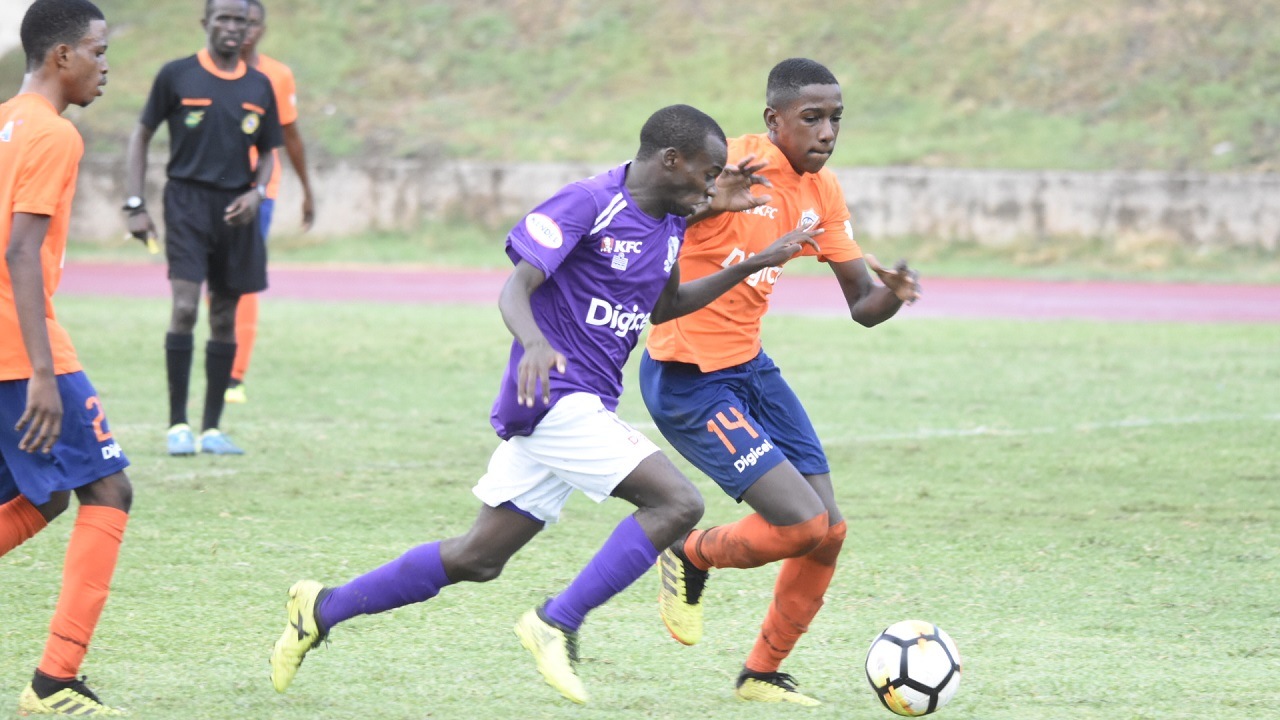 Dunoon remained in the contest until the 30th minute, as although Reid missed an easy tap in for KC early in the match, they were not outplayed at that stage.

The opening goal by Robinson settled the nerves of KC and they looked better for the duration of the match, with Dunoon content to limit the amount of goals for most of the second half.

Reid would make up for his earlier missed opportunity by being one of two players to score a brace.

He created the first for himself, with a dribble on the right that carried him past a number of players to just inside the 18-yard box, where he unleashed past Dunoon's 13-year-old goalkeeper Dalmero Burke.

His second was a powerhouse from the edge of the penalty area, after a good build up by the Purples.

Allen, the other player to score a double, tapped in a rebound from goalkeeper Burke with the second being a shot from distance.

TUESDAY'S MATCHES (All games begin at 3:30 pm and home teams are named first)