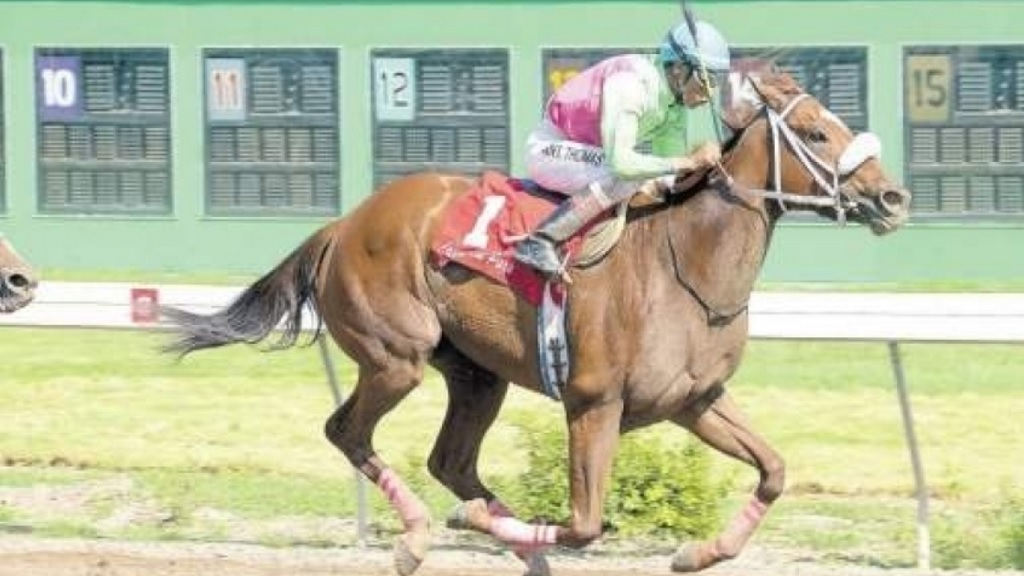 Six-time former champion jockey, Omar Walker, who swept all three feature races on Saturday including the Sir Howard and Hot Line Stakes with FATHER PATRICK and Wayne DaCosta’s LADY BLUE, respectively, is aboard KINGSMAN in the 11-horse field, which runs off as the fourth event at 2:05 p.m.

The Hot Line and Sir Howard Stakes were prep events for March’s Thornbird and Prince Consort Stakes at seven furlongs ahead of April’s 1000 and 2000 Guineas run over a mile, the season’s first classic races for fillies and colts and geldings, respectively.

However, the chestnut colt, a half-brother to Triple Crown winner, dual defending Superstakes champion and 2017 Diamond Mile heroine, SHE’S A MANEATER, is recovering from a mid-January setback and is in a race against time to be ready for the March 16 Prince Consort Stakes.