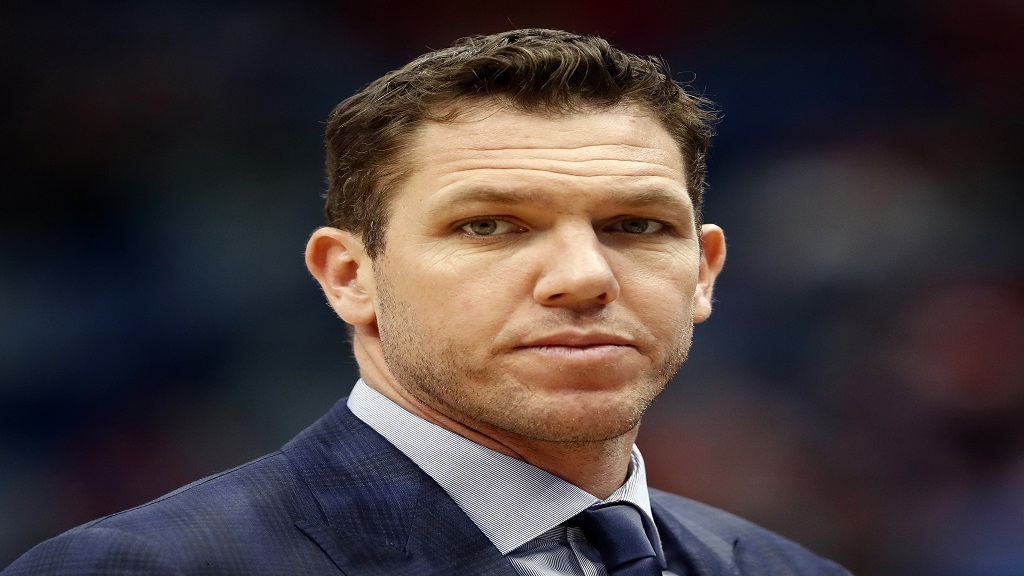 New Sacramento Kings coach Luke Walton has been accused of sexual assault in a lawsuit by a former sports reporter.

Kelli Tennant filed the suit in Los Angeles County Superior Court on Monday, contending Walton assaulted her in a hotel room in Santa Monica while he was an assistant coach for the Golden State Warriors. TMZ first reported the lawsuit.

"The accuser is an opportunist, not a victim, and her claim is not credible," Baute said in a statement. "We intend to prove this in a courtroom."

According to the suit, Tennant had considered Walton to be a friend and mentor, and she was friendly with his wife. Walton also wrote the forward to her book. She says she went to give him a copy while he stayed at the Casa Del Mar Hotel during a Warriors road trip to Los Angeles.

Tennant said Walton relented and she started to leave the room when he grabbed her again and kissed her ears and neck. She said he finally stopped, laughed and said "good to see you" before she left the room.

Tennant said she confided with people at the time but never filed charges. She said Walton continued to harass her after he became coach of the Lakers and she was working as a broadcaster in Los Angeles for Spectrum SportsNet and SportsNet LA. She now does a wellness podcast.

The Warriors and Lakers said they both first heard of the allegations after TMZ reported the lawsuit Monday night and had no further comment. Walton was an assistant with Golden State from 2014-16 before being hired as Lakers head coach.

Walton was dismissed by the Lakers this month and hired by the Kings. The Kings say they are aware of the report and gathering information. The team had no other comment.