KFTL recycles close to 300,000 plastic bottles in one year 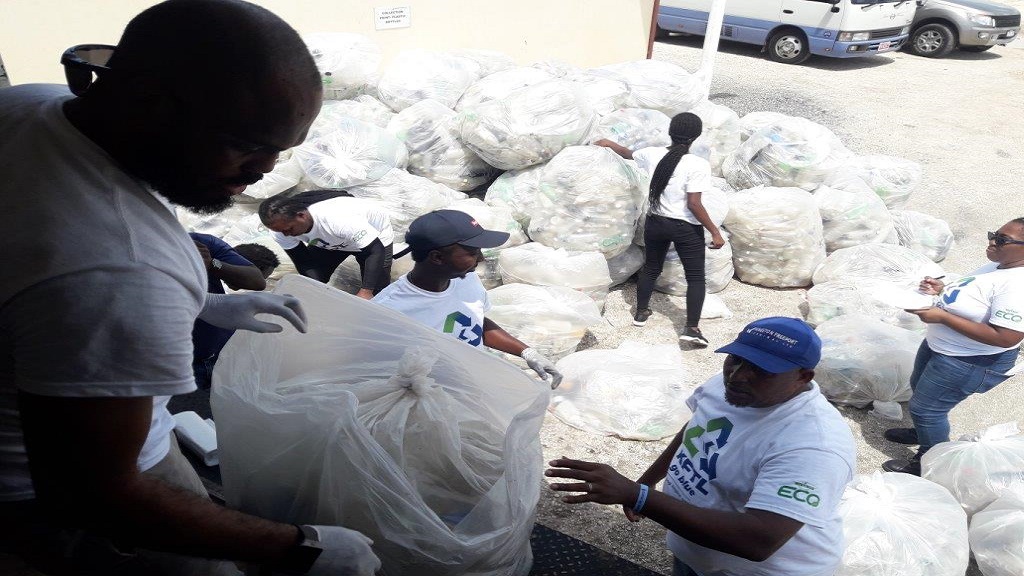 One year after the launch of its environmental campaign, KFTL Go Blue, under the theme “Recycling Begins with you,” Kingston Freeport Terminal Limited (KFTL) is reporting that through its various initiatives, close to 300,000 plastic bottles were collected and sent for recycling.

The KFTL Go Blue initiative falls under the company’s Environment and Social Management System (ESMS) aimed at reducing any potential negative impact of its operations on its stakeholders and surrounding environment. The initiative was launched on World Environment Day (June 5) 2018 and features various initiatives to improve waste management, energy and resource conservation.

At the end of 2018, KFTL had separated over 105,000 plastic bottles for recycling. During the first five months of 2019, KFTL separated almost 183,000 plastic bottles, 145,000 of which were collected as part of its participation in the Wisynco Eco Corporate Challenge. KFTL has partnered with the Recycling Partners of Jamaica to collect the separated bottles.

To help facilitate the separation of waste streams by staff and stakeholders, KFTL placed colour-coded bins in various locations across the terminal. Additionally, the company launched its KFTL Recycling School Tour, during which representatives visited several schools near the port, held recycling sensitization sessions and donated recycling bins.

KFTL’s environmental stewardship also extends to the Kingston Harbour, as in 2018, the company sponsored a project in partnership with University of the West Indies (UWI) Centre for Marine Sciences and the Port Royal Marine Laboratory, which saw over 8,299 bags of garbage, comprising mainly plastics, removed from the Refuge Cay mangroves in Kingston.

Furthermore, KFTL is the sponsor of the ‘Port Royal Cays Coral Reef Rehabilitation’ project, which commenced in 2018, the International Year of the Reef. This five-year project features the design, installation and monitoring of artificial coral reef structures on the Port Royal Cays.

KFTL tour teaches students about the importance of wetlands