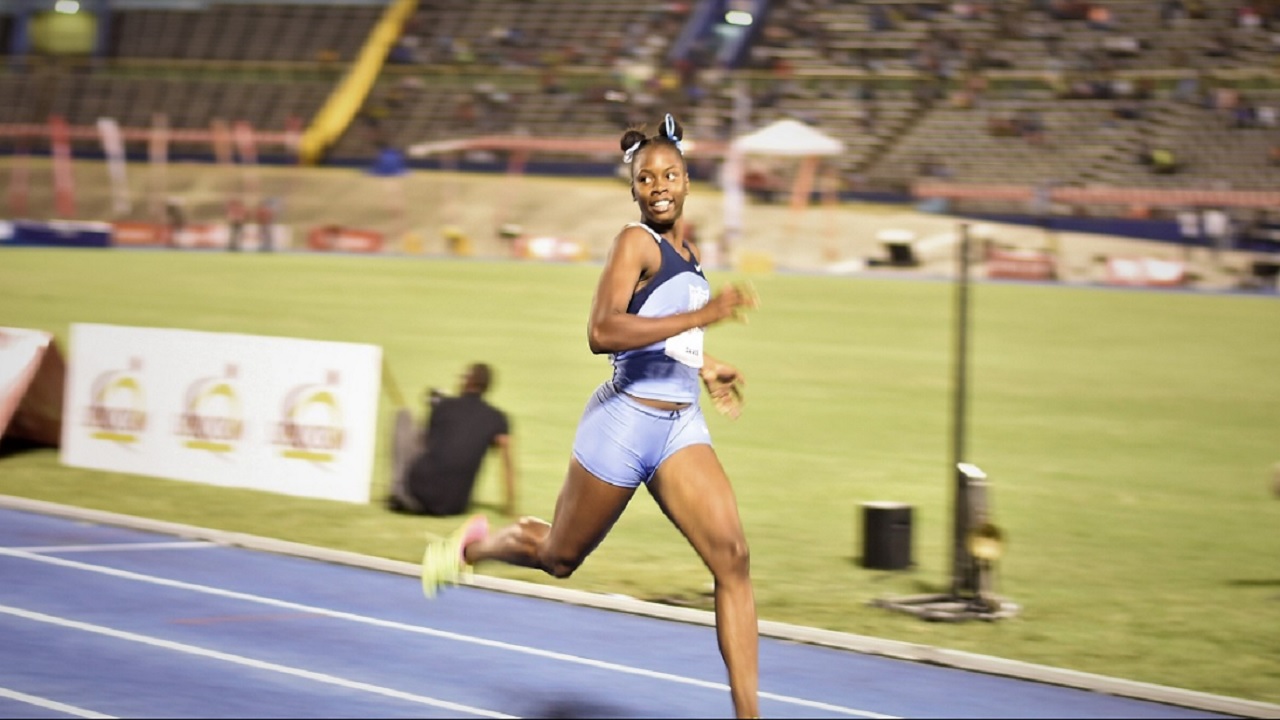 The 16-year-old Davis, who had the entire field beaten coming off the turn, stormed home in an impressive 22.92 seconds and even cut her speed, then glanced behind before crossing the line to erase the previous  best of 23.13 seconds.

Holmwood Technical's Kimberly Baker finished well behind in second place, crossing the line in 24.29 seconds, while Joanne Reid of St Jago was third in 24.55

The record was expected after Davis clocked an effortless 23.92 seconds in the preliminary round on Wednesday.

The final will take place on Saturday at 5:25 pm.