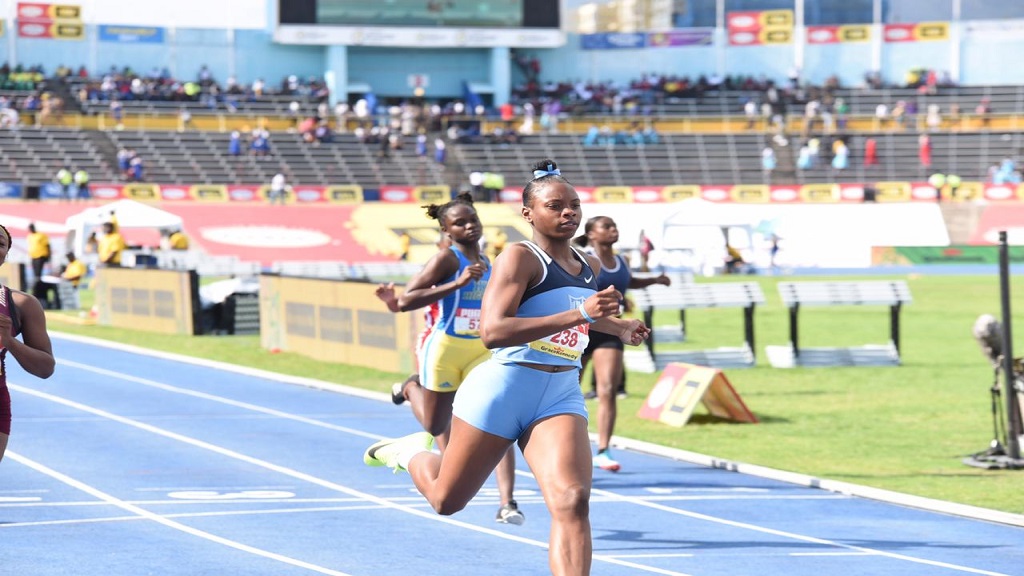 Edwin Allen High star sprinter Kevona Davis and the Hydel High pair of Ashanti Moore and Charokee Young will not be competing at this weekend’s Carifta Games Trials at the National Stadium in Kingston.

Davis, 17, who won the sprint double at the ISSA GraceKennedy Boys' and Girls' Athletics Championships last weekend, is being rested, according to coach Michael Dyke.

“She ran six races over the course of the championships and faced the prospect of four more races at the trials,” Dyke said.

Davis, who was seen with her thigh heavily taped during the 200m finals at Champs, was pulled from the 4x100m relays.

Corey Bennett, coach of the Hydel High track and field team said fatigue – mental and physical and preparations for external examinations – were the reasons why he did not enter the Class 1 100m champion, Moore to compete.

“She is tired and needs to get some rest,” Bennett said.

“We decided long before Champs that we would not be doing back-to-back weekends. She is also preparing for external examinations, which are of the utmost importance.”

Young, who won the 400/800 double at Champs, is also out because of personal reasons.

Bennett said Young was granted permission to miss the trials.

Bennett said he sees no reason why the athletes have to compete again this weekend seeing how close the trials were to Champs and suggested that the athletes could have been selected for the Carifta Games team from their performances at Champs.

Jamaica has won all but five of the meets over the Carifta Games history. This will be the 48th staging of the games.