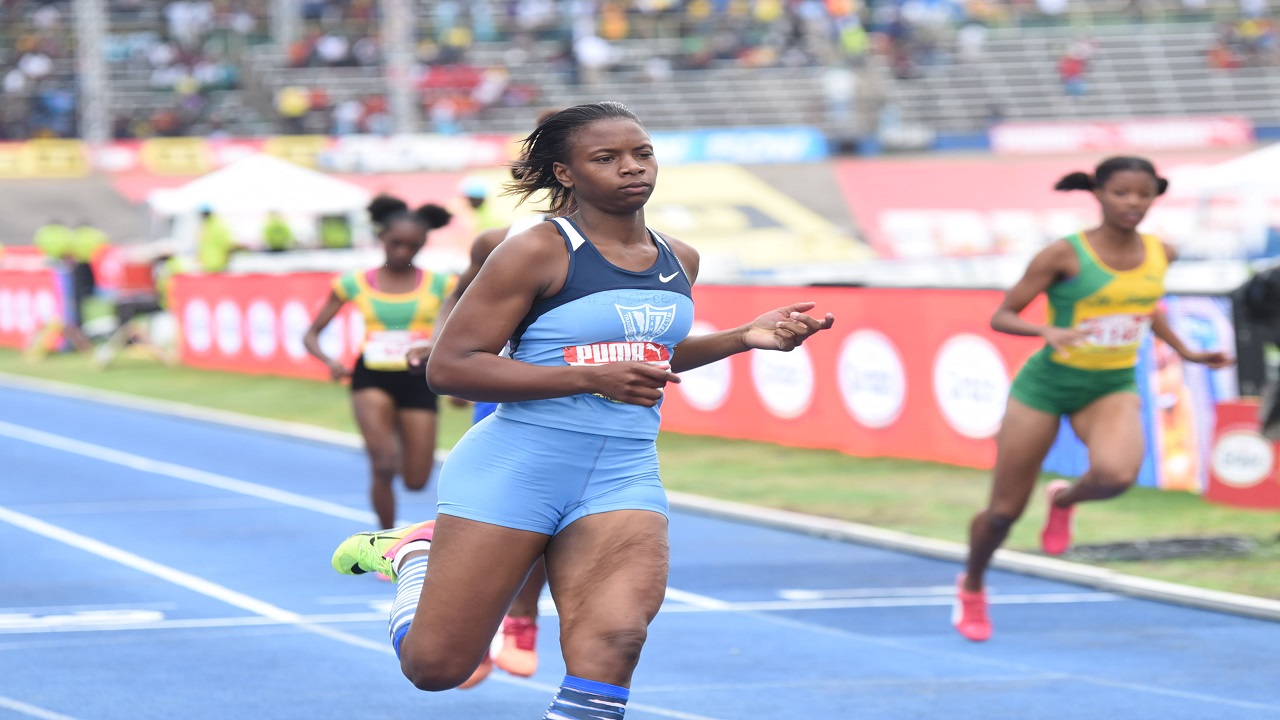 Kevona Davis of Edwin Allen High wins heat 1 of the Girls' Class 2 100m semi-finals in a new meet record time of 11.35 seconds on Friday at the 2018 ISSA/GraceKennedy Boys and Girls' Athletics Championships, at the National Stadium.

Kevona Davis smashed her second record in two days, this time she took down the Girls' Class 2 100-metre mark on Friday's fourth and penultimate day of the 2018 ISSA/GraceKennedy Boys and Girls' Athletics Championships, at the National Stadium.

The 16-year-old Edwin Allen High sprinter again proved a cut above rivals clocking 11.35 seconds in the opening heat of the semi-finals to better the previous record of 11.40 set by St Jago's Kimone Shaw in 2016.

Julien Alfred of St Catherine High was well behind into second place. Alfred crossed the line in 11.75, while St Jago's Kayla Bonnick finished third in 12.02.

In that race she had the entire field beaten coming off the turn and stormed home in an impressive 22.92 seconds to erase the previous  best of 23.13 seconds.

Calabar High’s Tyreke Wilson has the fastest qualifying time going into the final after he came from behind to beat Jhevaughn Matherson of Kingston College in semi-final two. 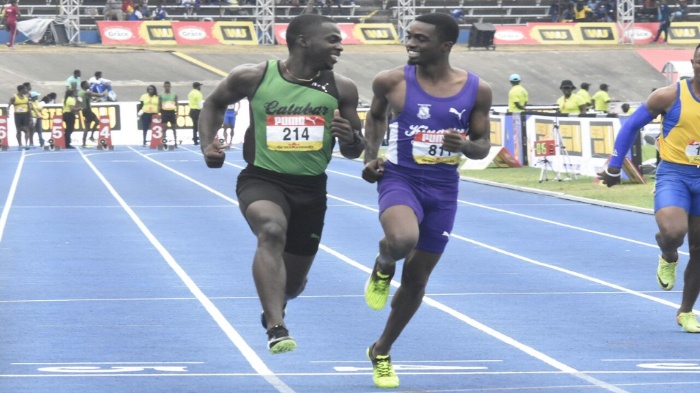 Matherson was out in a flash but deliberately allowed Wilson to close the gap and both athletes had time to exchange words before crossing the line.

Matherson's 10.41 clocking is the second fastest going into the final.

Michali Everett of Jamaica College (JC), winner of semi-final one, is the third fastest with 10.44.

Sachin Dennis of St Elizabeth Technical High School is the fastest Class 2 qualifier with 10.55,  while Adrian Kerr of KC, 11.21, leads the Class 3 qualifiers going into the final.

Kasheika Cameron of Edwin Allen is the fastest Class 1 girl from the semi-finals with 11.60. Tia Clayton of Edwin Allen, 11.66, leads St Jago’s Brianna Lyston, 11.81, going into the Class 3 final.

Another record was also broken on the day as Marie Forbes of Vere Technical High threw 46.69 metres in the Girls' Discus Throw final to better the 2012 mark of 46.64 recorded by Holmwood Technical's Gleneve Grange.

Forbes took the event very easily as her record throw of 46.69 metres was well ahead of second-place Aliesha Shaw of Rusea's High with 40.96m.