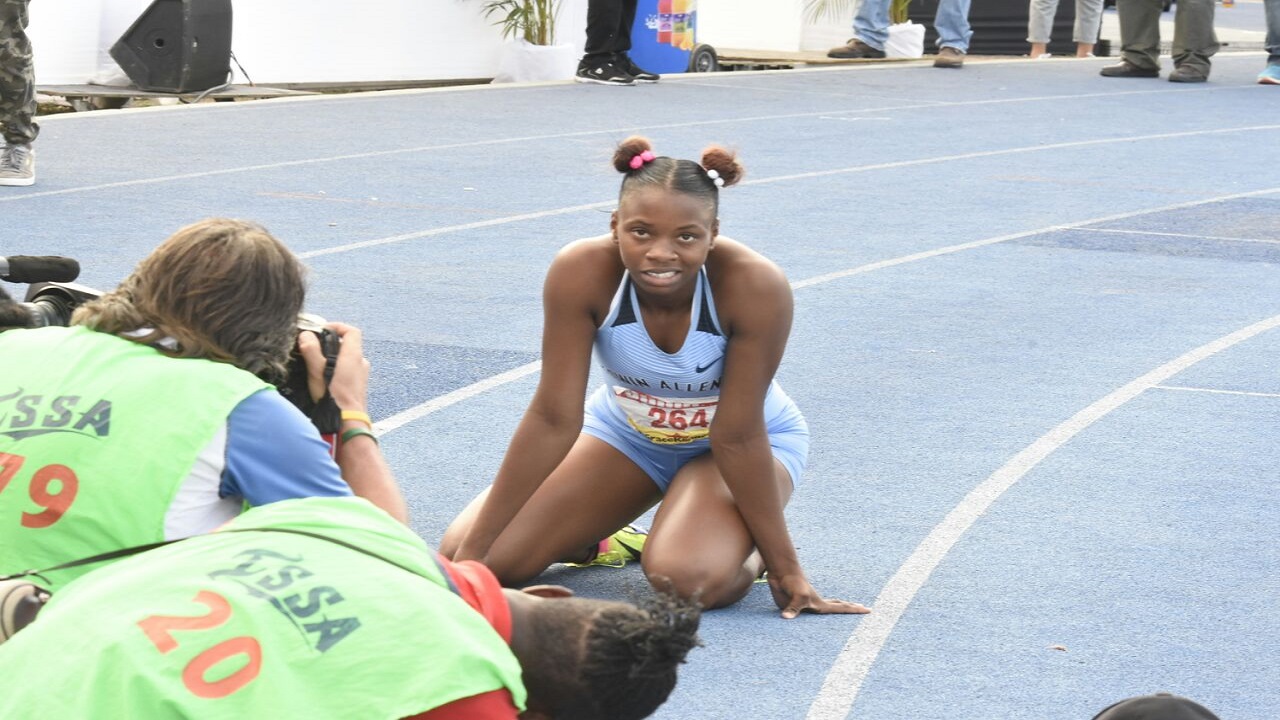 Kevona Davis of Edwin Allen cools down on the track after her record victory in the Girls' Class 2 200-metre final on Saturday at the 2018 ISSA/GraceKennedy Boys and Girls' Athletics Championships at the National Stadium. (PHOTO: Marlon Reid).

Edwin Allen standout sprinter Kevona Davis again shattered the Girls' Class 2 200-metre record, this time in the final on Saturday's fifth and final day of the 2018 ISSA/GraceKennedy Boys and Girls' Athletics Championships, at the National Stadium.

Davis clocked 22.72 seconds to erase the 22.92  she achieved on Thursday in the semi-finals when breaking the 23.13, which Anneisha McLaughlin of Holmwood Technical set 16 years ago.

The time was also a new national youth record.

Davis had earlier that day clocked 11.35 seconds in the opening heat of the semi-finals to better the previous record of 11.40 set by St Jago's Kimone Shaw in 2016.

There was another record in the 200 metres as Kingston College's (KC) Adrian Kerr clocked 21.69 seconds to win the Boys' Class 2 final. Kerr beat the previous record of 21.72 seconds set by Tyreke Wilson of Calabar High in 2014.

It was a one-two finish for KC as the 100-metre winner in record time, Nkrumie Bouwahjgie finished second in 21.74 seconds.