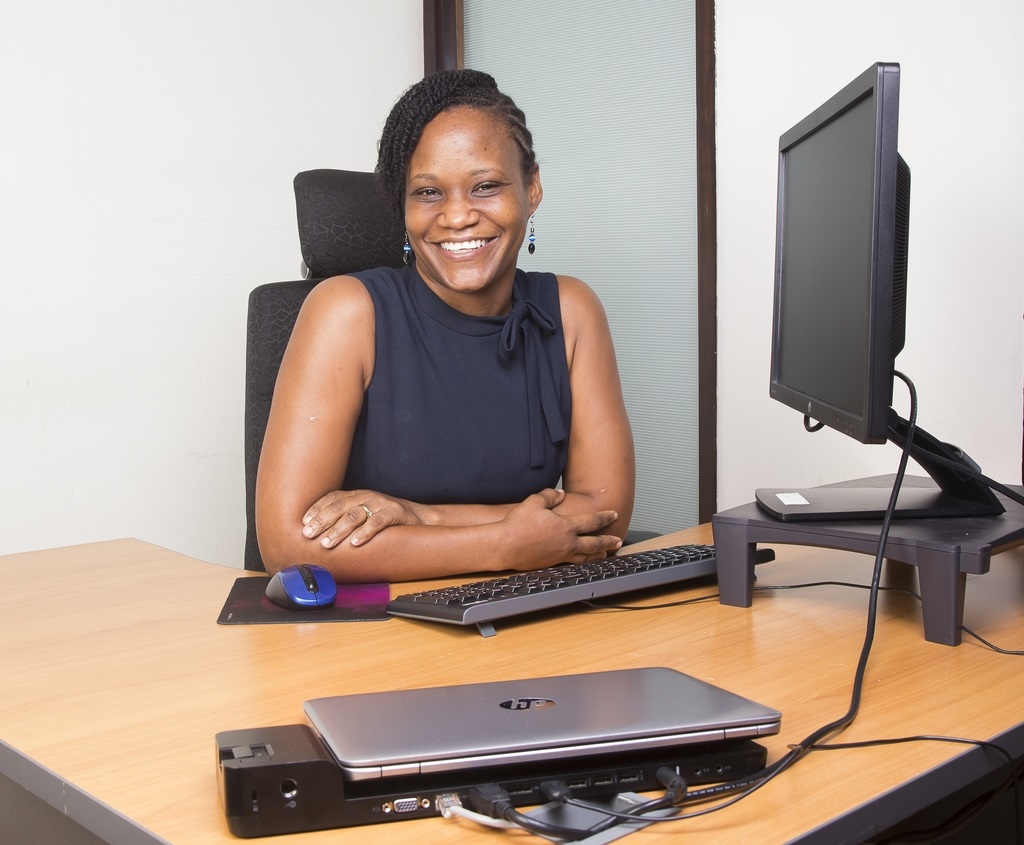 Kerron Clarke-Barrett, Red Stripe Global Information Services (GIS) Manager, keeps her edge by holding true to her values and a positive outlook. She is a role model for women who not only have an interest in IT, but in male-dominated careers.

The world of Information Technology (IT) is largely dominated by men. We usually hear about the ‘IT guy’ or the ‘Techy guy’, giving credence to the notion that it’s mostly men who are interested in this career field.

But there is a growing number of women who are challenging those norms and carving their own path in the industry.

Kerron Clarke-Barrett is one such maverick. As the global information services (GIS) manager at Red Stripe, Clarke-Barrett is among an elite group of women who have senior positions in this male-dominated field.

Growing up, Clarke-Barrett was not like most girls with the stereotypical dolls and tea sets. She would spend hours with her nose buried in math books.

“As a child, I wanted to be an actuary because I loved math so much. My mom was an accountant so I think that’s where I got it from.  I realized that persons with an aptitude for the subject did well in the actuarial sciences, so I took that route,” stated Clarke-Barrett.

At one point during her tenure at St Catherine High School, she was one of four girls in a classroom of 36 students. However, being outnumbered by males from an early age did not intimidate the math whiz, who later went on to acquire a First degree in Actuarial Science at the University of the West Indies.

“While in university, I learnt about programming and that was how I was introduced to IT. In the beginning, I didn’t like it at all, it’s one of the only things to ever scare me but I stuck with it, developed a liking for it and did well. I then decided to pursue a master’s degree in management information systems which had to do more with IT,” noted Clarke-Barrett.

With a growing interest in technology, she set her sights on delving even deeper into the IT world. And when an opportunity opened up, she took the position of Business System Manager at brewing giant, Red Stripe.

As is typical in the IT departments of many companies, Clarke-Barrett found herself surrounded by male colleagues.

“My line manager was male, my coworkers were male, and a larger number of people on the team I now lead are males, but I’ve never felt intimidated by that. In fact, I feel more special than I do disadvantaged. Of all the GIS Managers in the Caribbean region, I am the only female," she told Loop.

Clarke-Barrett believes that the key to thriving in a male-dominated industry is to have a positive mindset. She thinks of the glass as half full and sees challenges as opportunities to improve herself.

Red Stripe’s environment fosters diversity so Clarke-Barrett has never felt pressured because of her gender. However, a few of her male colleagues have doubted her - but over time she earned their respect.

“Working with her is like a dream. She has all the qualities of a true manager. I have a lot of respect for her and her work ethic as she always follows through with whatever task she is given. When working with her, not only will she always give you an honest opinion, but she gives you room to grow without micro-managing but still effectively guiding you,” stated Kemar Constantine, member of the GIS team at Red Stripe who has worked with Clarke-Barrett for the past five years.

Red Stripe’s ‘IT girl’, breaks the mold and continues to be an example for women who not only have an interest in IT, but in male-dominated careers.

“Women and girls should believe in themselves and go after what they want. It shouldn’t matter what your gender is. If that thing is your calling, go for it. It can be hard but don’t be discouraged. Believe in the value you have to bring to the table. You can make a difference," she beamed.