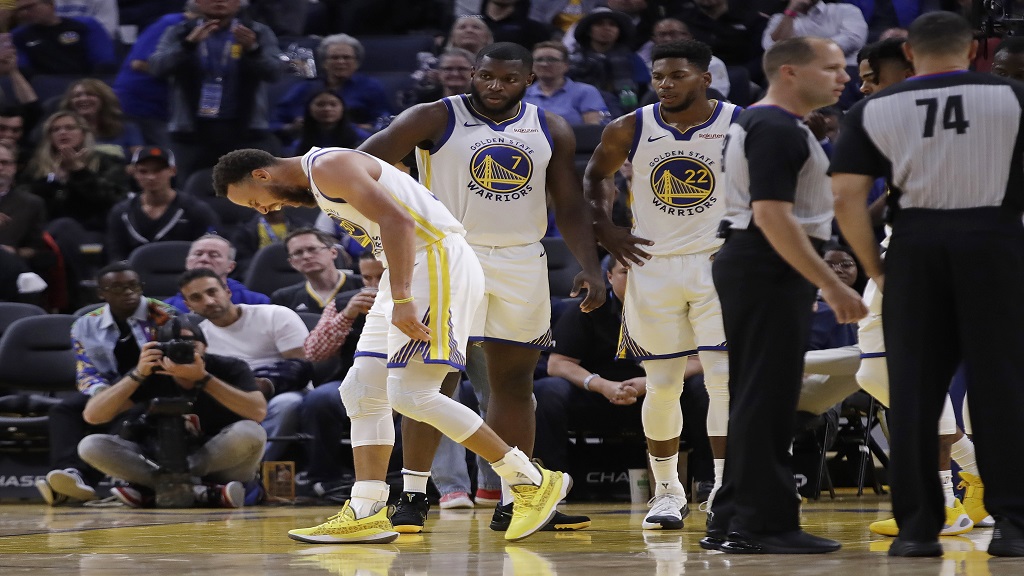 Steve Kerr admitted the Golden State Warriors are in a "tough spot" after star Stephen Curry broke his hand in the defeat to the Phoenix Suns.

Two-time MVP Curry – who had nine points, six assists, and five rebounds – was forced to leave the court after falling on his wrist in the third quarter.

Warriors general manager Bob Myers told ESPN that Curry will have an MRI and CT scan to determine if he requires surgery and discover a recovery timetable.

Head coach Kerr addressed the injury post-game, telling reporters: "Obviously it's been a tough start on many levels.

"Just trying to find out footing and obviously this puts us in a tough spot. So, we will assess it and go from there."

Curry had his wrist caught up under Suns big man Aron Baynes after a bad fall attempting a layup midweek.

"Baynes came up after the game and just wanted to know how Steph was doing," Kerr added. "You could tell he felt really bad. It's just a random basketball play, so stuff happens."

It is a huge blow for the Warriors, who crashed to their third defeat in four games to start the season.

The Warriors are already without All-Star Klay Thompson as he recovers from a torn anterior cruciate ligament, while Kevin Durant departed for the Brooklyn Nets.

"It's a great opportunity for these young guys to play," Kerr said when asked about the added responsibility on the team's young players. "It's also a little bit too much.

"You want to bring along rookies the best you can. We have no choice with all the injuries. Where we are, we might as well throw them into the frying pan."

The New Orleans Pelicans are still trying to get their first win of the season and they welcome a talented and deep Denver Nuggets team for the late game on Thursday.