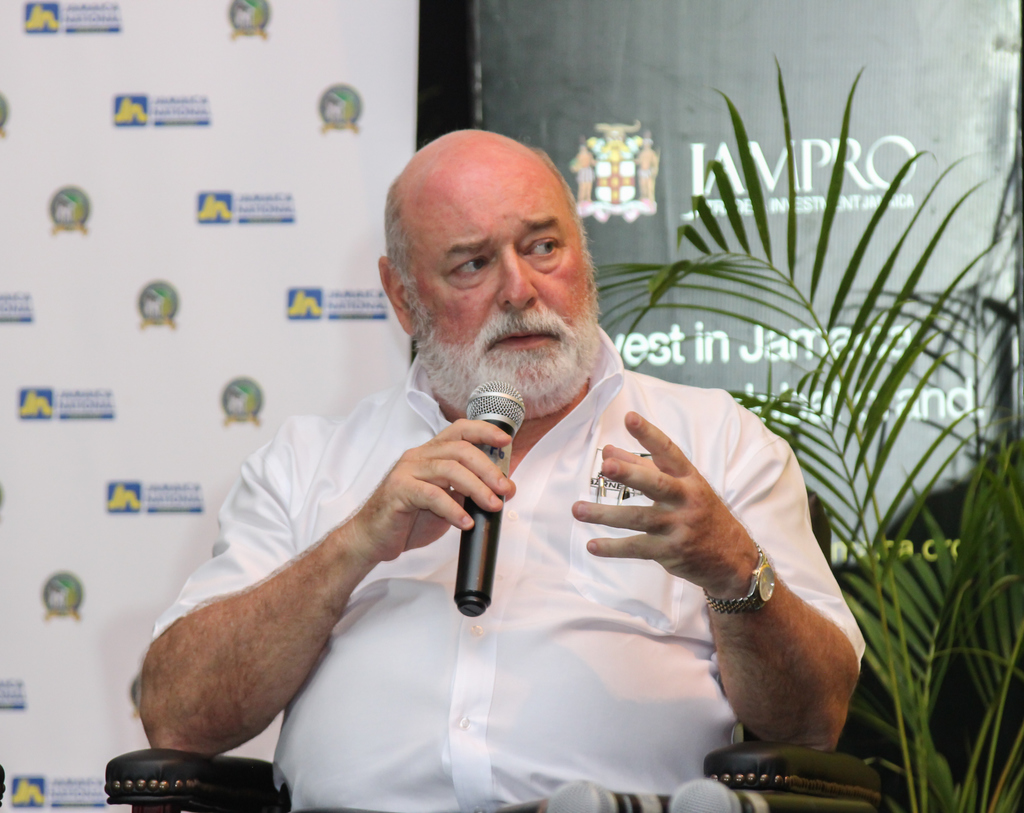 Hailed as a visionary and “a fearless leader,” Mark Kerr-Jarrett is being honoured for his body of work as a real estate developer and as one of the true architects of Montego Bay’s development as a regional powerhouse.

The Montego Bay Chamber of Commerce will on Saturday unveil the name of popular St James businessman and philanthropist Mark Kerr-Jarrett on its Industry Business Leaders Wall of Fame.

First introduced in 2015, the Wall of Fame, which boasts calibre inductees such as hotel mogul Gordon ‘Butch’ Stewart, publisher Lloyd B Smith, and Tourism Enhancement Fund chairman, Godfrey Dyer, was designed as a way to recognise individuals who have made a lasting contribution to the community for no less than 20 years.

Hailed as a visionary and “a fearless leader,” Kerr-Jarrett is being honoured for his body of work as a real estate developer and as one of the true architects of Montego Bay’s development as a regional powerhouse.

“True leaders make a positive difference in the lives of people around them and Mark Kerr-Jarrett is one of those persons that readily comes to mind,” explained Chamber President Janet Silvera.  “Leadership is guided by values, not by popularity and this awardee is the epitome of a true leader.”

Born in Kingston on November 10, 1960, Kerr-Jarrett, whose early education saw him attending the St James Preparatory School in Montego Bay, and the Elms Preparatory and the Cheltenham College in England, later studied at the Georgia Institute of Technology, the Middle Georgia College where he attained an Associates of Science in Mechanical Engineering.

He would later attend the Virginia Polytechnic Institute and State University where he attained a Bachelor of Science in Mechanical Engineering.

“The truth is that he has made a remarkable impact on the development of Montego Bay and has led by example in all that he has done for the city,” Silvera added.

“He has been the engine behind the development of Montego Bay south in a responsible and strategic manner and in keeping with the master plan for the 1500-acre area. In so doing, he has ensured the orderly and planned expansion of Montego Bay City, which now boasts some of the finest commercial centres, chief among them the much acclaimed Fairview.”

Silvera said Kerr-Jarrett should also be credited for empowering Montego Bay to make great strides in education at the primary, secondary and tertiary levels, adding that the upcoming 60-acre University of the West Indies (UWI) campus is testament to this, as well as his chairmanship of the St James High School over a five year period, and the Flanker Primary and Junior High School from May 2000 to April 2003.

“The upward trajectory in employment in this region, can be attributed to this man.  He inspired the Barnett Tech Park, a 48 acre technology park, home to flagship operations of VistaPrint, Conduent, ACCT to which thousands of young people from across western Jamaica have been gainfully employed,” Silvera further added.

The chamber, in the meantime, has announced that US Ambassador to Jamaica Donald R Tapia, will be deliver the keynote address at its annual awards banquet also slated for Saturday, November 30, at the Montego Bay Convention Centre.

Ambassador Tapia was confirmed as the US Ambassador to Jamaica on July 18, 2019.  He started his career at General Electric and worked for a number of electrical sales companies before moving to the company that became Electrical Surplus Sales Company (ESSCO).

Ambassador Tapia who has a special interest in education and the energy sector, will give his first official address in Montego Bay at the banquet.

The Chamber celebrates 87 years of solid leadership from an organisation that has grown from a vibrant citizens association to a formidable body, lobbying tirelessly to have the needs of its members and citizens of the parish addressed.