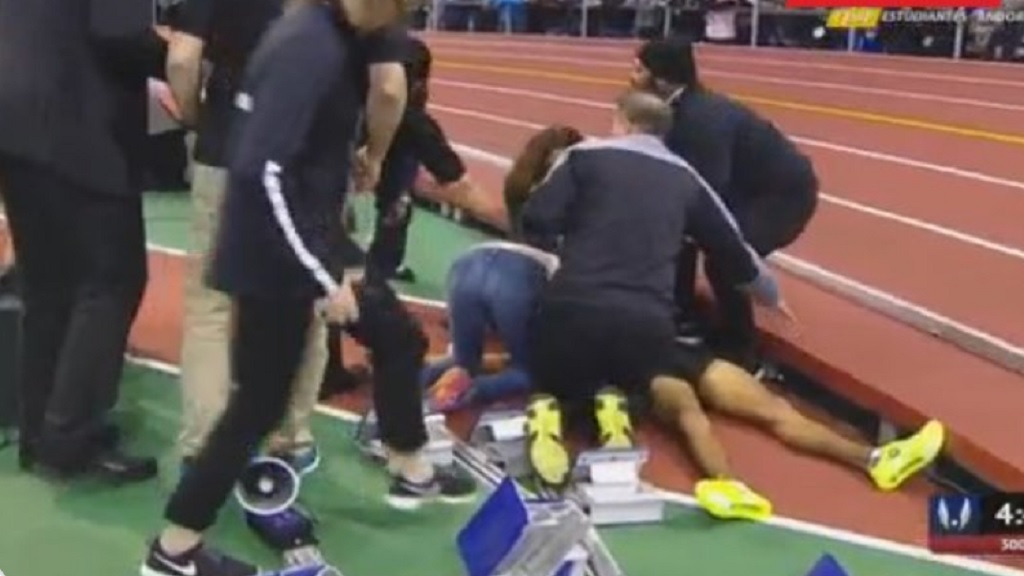 Kemoy Campbell being attended to after collapsing while setting the pace in the men's 3000m at the Millrose Games in New York.

Jamaica's leading distance runner Kemoy Campbell was rushed to a hospital after collapsing while competing at the Millrose Games in New York on Saturday.

The former Bellefield High School and University of Arkansas star looked very disoriented while acting as pace-setter during the men’s 3,000-metre race.

The Olympian fell off the track into the infield near where the men's shot put competition was underway. Spectators watching from trackside screamed in vain for the race to stop while track officials tried to resuscitate the Jamaican until the arrival of paramedics, who performed CPR and treated him with an automated external defibrillator as he lay immobile.

A report from an eyewitness said the Campbell, who competed in the 5,000m at the Rio Olympics was breathing and showing a pulse but still unconscious when he was carried out of the arena on a stretcher and transported to New York-Presbyterian/Colombia University Medical Center across the street from the stadium.

Following the completion of the 3,000m, the meet was suspended for about a half hour.

No official word on his condition has been made.