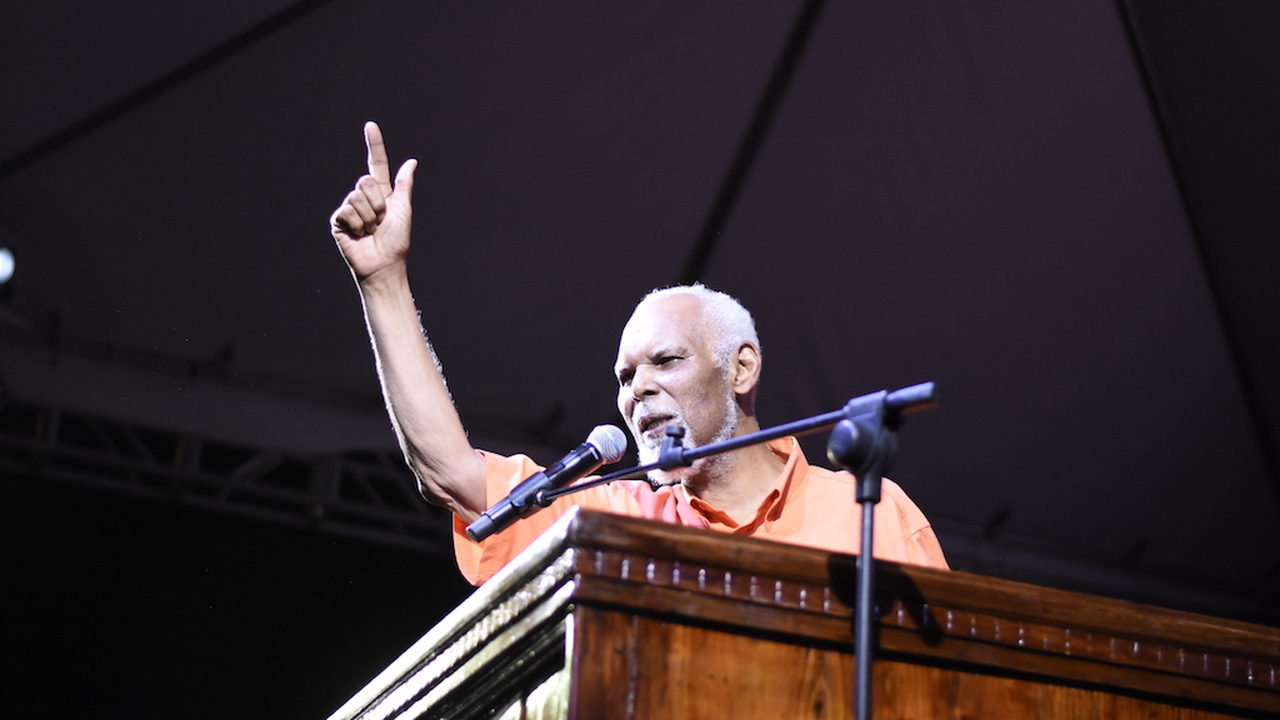 The one-year-old Petrojam scandal which has unified the Opposition People’s National Party (PNP) has reportedly now led to a rift within the 80-year-old organisation because of a decision taken by two of its most senior members.

Comrades are reportedly up in arms that prominent attorney KD Knight and his law firm, which includes John Junor, the former health minister and Central Manchester Member of Parliament, are representing former Petrojam General Manager Floyd Grindley in a wrongful dismissal case he has brought against the state-owned oil refinery.

Grindley, who was separated from Petrojam at the height of the scandal last July, and who has been accused of a litany of breaches including circumventing government’s procurement guidelines on numerous occasions, costing taxpayers millions of dollars in the process, is reportedly seeking $40 million in compensation. He left for the United States that month and it is not known whether he has returned to Jamaica since.

However, members of the PNP reportedly began directing their anger at Knight and Junor this week after news emerged that their law firm, Knight Junor and Samuels had sent a demand letter to Petrojam on behalf of Grindley. Ostensibly, Grindley is demanding compensation for wrongful dismissal and reputational damage. 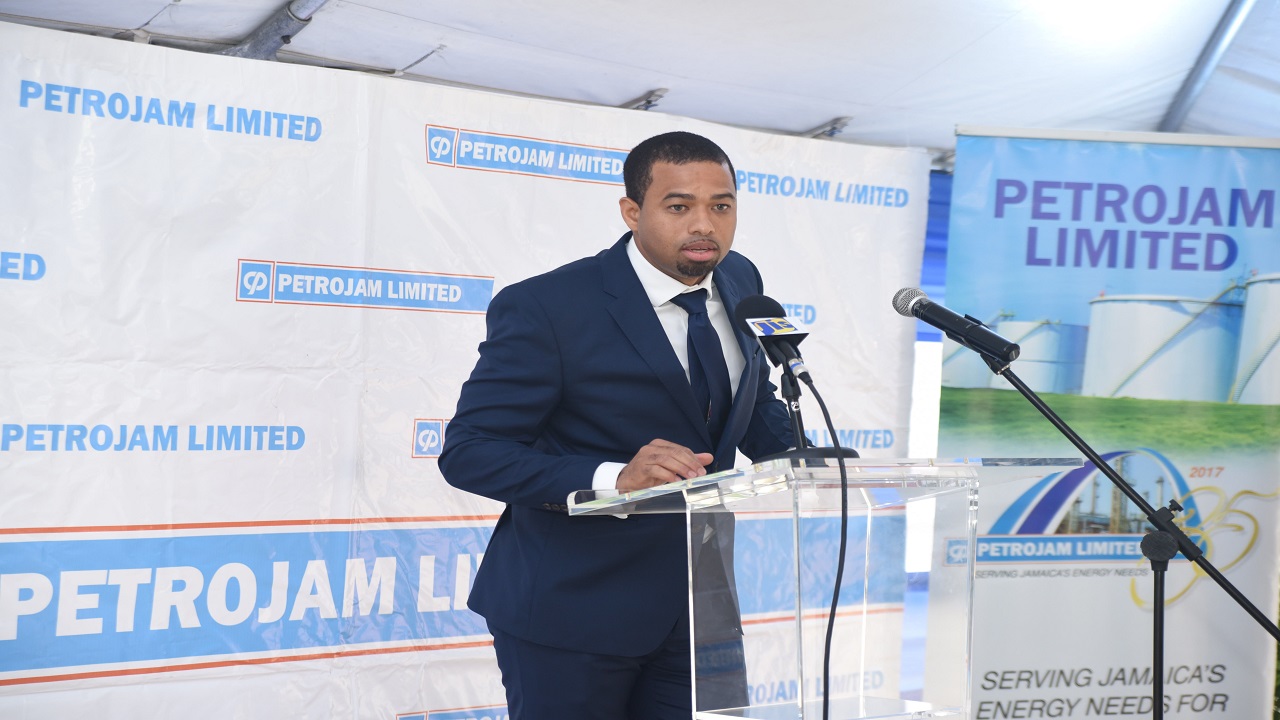 Stung by the criticism, Knight gave a rambling defence of himself and his firm in a post to a WhatsApp group. The former security and justice, as well as foreign affairs and foreign trade minister who now serves as an Opposition Senator, suggested he was prepared to be kicked out of the Senate and the party. But, he told Comrades he does not take instructions from them about who he can and should not represent.

“My representation of Floyd Grindley is causing some vitriolic angst to be directed at me by certain Comrades. I am accustomed to it.

“It started in 1980 when, as junior to the late Huntley Munroe, I went to Old Harbour Court to apply for bail for a top-ranking officer of the PNP charged with gun offences. Labourites wanted to harm us. Frankie Williams will remember. And some PNP questioned my sincerity in talking publicly against gun violence. I survived.

“In about 1983 Comrades castigated me for defending Shorty in the Immaculate High School murder case. I had to leave a social event in Cherry Gardens because of hostility. I survived.

“I have been castigated by journalists (O'Brien Chang) for using legal skills to protect 'corrupt politicians', according to them, in Trafigura. I survived.

“I was abused on radio over and over again by JLP, and face to face by some PNP, for defending Kern Spencer. I survived.

“I defended Ossie Harding in a civil fraud case and some PNP told me I should not have. I survived.

“Believe me, I have never told a Dr not to treat a patient because the person is wicked or atrocious, nor have I told a banker not to have as a client an allegedly corrupt member of this Administration. So what makes me so important that I should have to consult with such professionals as to whom I can represent!?

“In 2010-11 when Hugh Small, as a former minister and known PNP, represented Bruce Golding I never heard these voices. And when the word was that individual lawyers charged and were paid $2M per week for 10 weeks to represent their clients, and the PNP, through Dr Phillips, halfway through the matter, provided my team with $2 million to be divided amongst five lawyers over the 10 weeks we didn't shirk our responsibilities.

“And in Trafigura we at my firm didn't hold back in spending over $1 million of our own money to provide Court bundles for lawyers and judges, and free legal services. No Doctor nor banker made any offer to help, let alone pay fees. We did the work!

“FG [Floyd Grindley] didn't come to us as PNP lawyers. He came to us because he thinks we are amongst the best.

“None of the critics seek our legal advice. But some ask for the political help of John Junor and myself whilst we buy our own gas. And we never hesitate to assist in our own humble way. We are not a PNP law firm. We are lawyers who happen to be PNP. That I am a senator appointed by the PNP leader doesn't make me a PNP lawyer. I am a lawyer and I am PNP. The PNP doesn't pay me nor my staff.”

The veteran lawyer was not done, referring to some PNP members by name – Dr Dayton Campbell and Patricia Sutherland. Campbell, a medical doctor, is the Member of Parliament for North West St Ann while Sutherland is the Executive Director of Operations at JMMB.  Knight asked: “Dayton, if (former Energy Minister Andrew) Wheatley came to you for medical treatment would you refuse to treat him?

“Patricia, if (Daryl) Vaz or (Andrew) Holness came to open an account at JMMB would you refuse them? Would either of you consult me before deciding what to do?

“And who amongst the others would consult me before engaging with a Labourite? None !!!!!!!

“Whether or not I represent FG I can speak out against corruption. And I will continue to do so!!!! Whether I am a senator or not I will have a voice in Jamaica!

“FG and others consult us because they require legal services, and thank God enough others do so, otherwise we would have to dismiss our staff, seek free medical treatment, borrow from financial institutions (if any would lend us), and exist off legal aid cases.

“BREAKING NEWS: Look out for another bombshell.

“If the PNP is set to reject me, lo I will turn to the Independents.

“But then again, I was PNP when the going was rough, and I remain PNP until I die.

“For those who understand my hurt, much thanks.

Prime Minister Holness told the parliament last July that Grindley had agreed to demit office. In a report from which Holness read, it was noted that Grindley was at the helm of the company when a number of malpractices and improprieties occurred.

Grindley was but one of nearly a dozen high profile casualties of the scandal that is still unfolding at the oil refinery.

He received a settlement of $7.9 million, with a net payout of $5.23 million. Of note is that the settlement was far less than the $15.2 million that was paid to the former Human Resource Manager, Yolande  Ramharrack who, along with Grindley, was unqualified for the job, according to the findings of the Auditor General’s probe. Both are accused of engaging in nepotism and/or cronyism among numerous other breaches.

Opposition Leader Dr Peter Phillips has described the Petrojam scandal as the “mother of all scandals”.