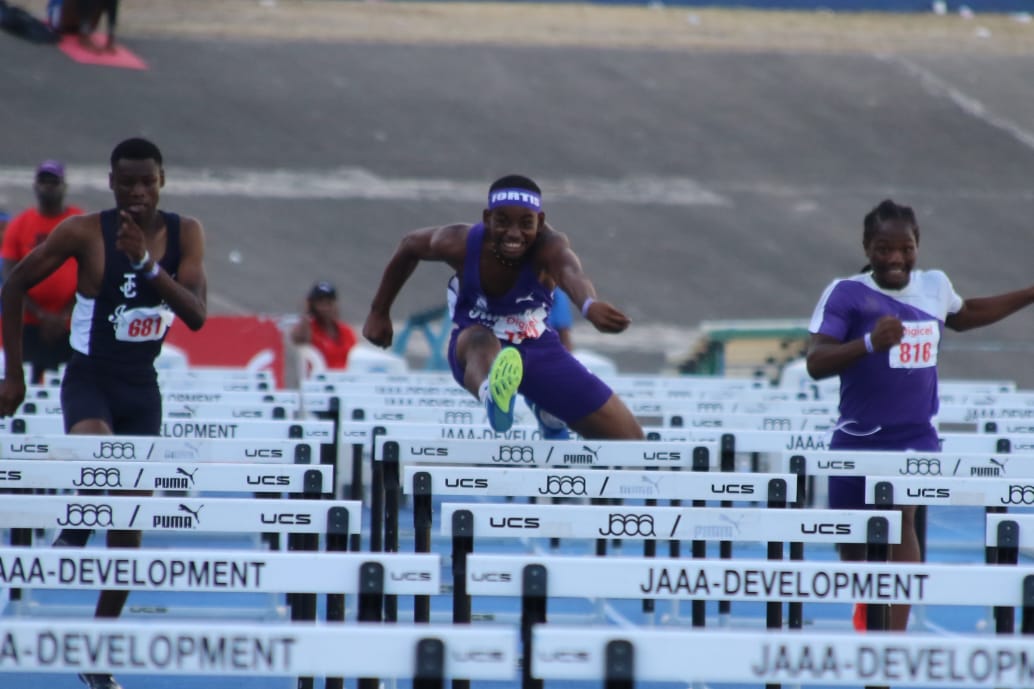 Ra'John Gray (centre) of Kingston College (KC) on his way to victory in the Boys’ Class 3 100m hurdles final at the Youngster Goldsmith Athletic Classics at the National Stadium on Saturday, February 2, 2020. Gray won in a meet record 13.12 seconds. (PHOTOS: Llewelyn Wynter).

The Kingston College (KC) pair of Wayne Pinnock and Aron Tanuia were among the outstanding performers at the 2020 Youngster Goldsmith Athletic Classics at the National Stadium in Kingston on Saturday.

The KC star clocked the 13.06 seconds at last year’s ISSA/GraceKennedy Boys and Girls' Athletics Championships at the National Stadium to break DeJour Russell’s 2018 record of 13.10. Russell, of Calabar High, was fourth in 13.43 seconds.

St Jago’s High Vashuan Vascianna, who smashed his Class 2 record at the Boys and Girls' Athletics Championships last year with 13.26, came out of the heats on Saturday with the second-fastest time of 13.79.

As expected Pinnock did not report for the final, which was won by Jerome Campbell of Calabar High in 14.49 seconds. Vascianna was also absent from the final.

Pinnock, who won three gold medals to help KC to championship honours at the Boys and Girls' Athletics Championships last year, retuned later in the day to clock 10.55 seconds to win section one of the Class 1 Boys’ 100m. The 10.55-second clocking represents the second fastest time overall, behind Jamaica College’s (JC) Michali Everett, who won his section in 10.49 seconds.

Tanui was also dominant as he produced the only sub-four minutes clocking in the Class 1 Boys’ 1500m for a new meet record.

It was a one-two finish for KC as Gianni Henry won section two in 4:04.04, just ahead of Calabar High’s Kimar Farquharson (4:11.87) for second overall. Henry also bettered the previous record.

Brown, the Class 2 triple jump record holder at the Boys and Girls’ Athletics Championships,  soared to 16.04m for his victory on Saturday. JC’s Apalos Edwards finished second with 15.99m to also better the previous meet record.

Marshall continued his good form this season in the middle-distance races with a dominant performance in the 2,000m steeplechase open. He clocked 5:56.29 minutes to turn back the KC pair of  Kirk Dawkins (6:10.05) and Aryamanya Rodgers (6:13.70). 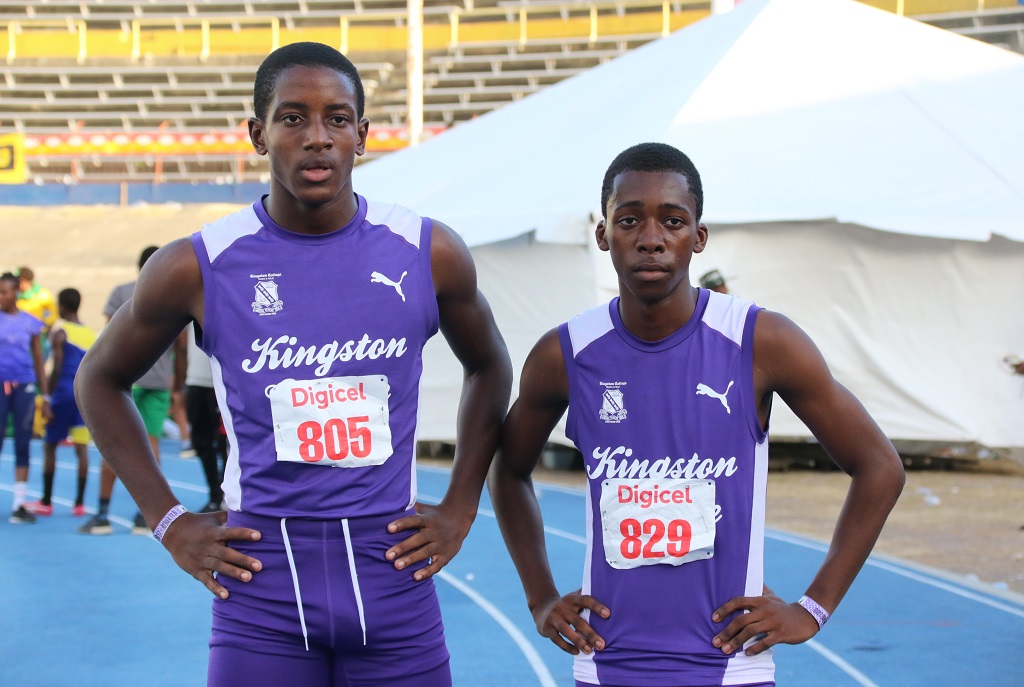 In the Girls’ Class 1 100m, St Jago High’s Joanne Reid came out on top with 12 seconds flat, just ahead of Excelsior High’s Niesha Burgher and Vere Technical High’s Leyone Smith, who both clocked 12.02.