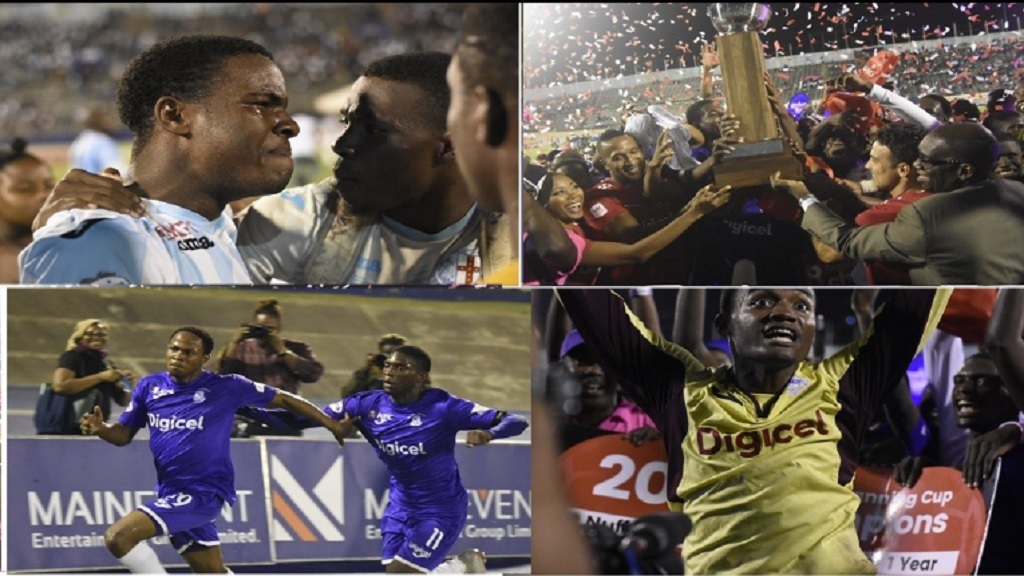 This combination of pictures shows some of the moments from the ISSA/Digicel Manning Cup final between Kingston College and St George's College at the National Stadium on Friday, November 30, 2018. (PHOTOS: Marlon Reid).

The Ludlow Bernard-team had to come from behind twice with the winning goal coming at the death, just moments after St George's College star striker Damani Francis muffed a very simple chance from inside the six-yard box to put the score 3-1 and out of the reach of KC.

Francis was set up inside the six-yard box and with KC's goalkeeper Nathaniel Francis.in no man's land, the striker unbelievably put the ball over the upright.

With St George's College leading 2-1 with three minutes to go in full time, KC scored twice, following the simple miss from Francis,  to snatch victory from the jaws of defeat and send members of the Neville 'Bertis' Bell side in tears immediately.

Second-half substitute Michael Allen put KC back into the game when he levelled the scores at 2-2 in the 88th minute after goalkeeper Orville Smikle failed to hold on to a shot from creative forward Trayvon Reid, who was introduced at the start of the second half. It was the first goal for Allen this season.

And with the clocking ticking down, Nathan Thomas received a ball  well outside of the 18-yard-box, a minute into time added on and unleashed a thunderous shot. The shot was heading wide of the far upright, but clipped the head of St George's College defender Nathaniel Campbell and lodged into the back of the net to give KC a famous victory.

Earlier, super sub Chantomoi Taylor had rattled the back of the net in the 72nd minute to give St George's College a 2-1 lead, 22 minutes after KC had pulled level at 1-1 after taking control of the match.

Taylor headed in a corner, the first for St George's College of the match, to break the 1-1 deadlock against the run of play and silenced the KC supporters.

St George's College opened the scoring in the 33rd minute through Harris at a time when play between the teams was even.

The 18-year-old striker was set up by Duvaughn Dunkley on the edge of the 18-yard box and his shot beat the goalkeeper. 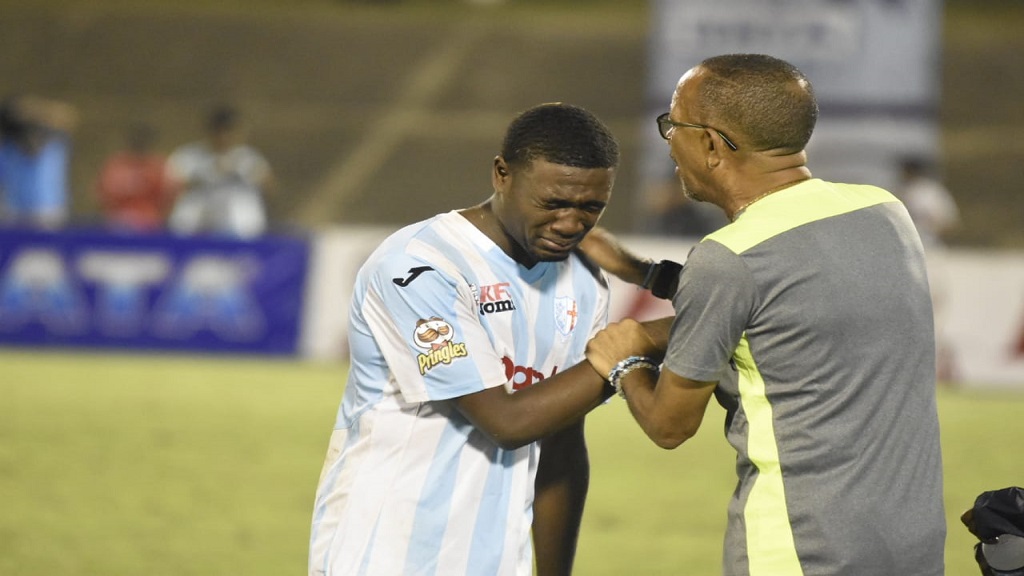 The goal came just a minute after KC's Ugandan star Ari Rodgers failed to convert an easy chance after beating  Smikle.  Rodgers received a defence-splitting pass from Thomas but booted wide in front of an empty goal.

KC tied the scores at 1-1 through Reid.  Six minutes after his introduction, the omnipresent striker latched on to a ball that eluded the grasp of Smikle and calmly buried into the back of the net in the 51st minute.

An unmarked Jahmal Pusey started the move that led to the goal as he fired in a shot, which Smikle did not collect cleanly and the ball bounced into the path of the KC danger man.

The match was the first meeting between the schools in a Manning Cup final and the battle was the first football final between them since 2011 when St George’s College prevailed 2-1 in the Walker Cup Knockout.

It was the third meeting between the schools this season as they played to a 1-1 draw in the preseason Roper Cup and then battled to a 0-0 affair during the quarter-final stage of the Manning Cup on October 24 at the Stadium East field.

The victory handed KC their 15th Manning Cup title, the third most successful team in the history of the competition, and Friday night triumph was special for coach Bernard.

"This kind of feeling is inexplicable," said Bernard.

"When we were down, and with the minutes ticking away, I looked at my clock and said six minutes, captain Casseam Priestly, six minutes, and they said coach we are not going to let this one go and they dug deep.

"When we got the tying goal, probably they should have been a bit more comfortable and go to penalties. But they said coach we want to finish this now. They said no penalties and I got the winning goal from an unexpected source, who has never scored a goal. So I have to lift my hat to them," an emotional Bernard said. 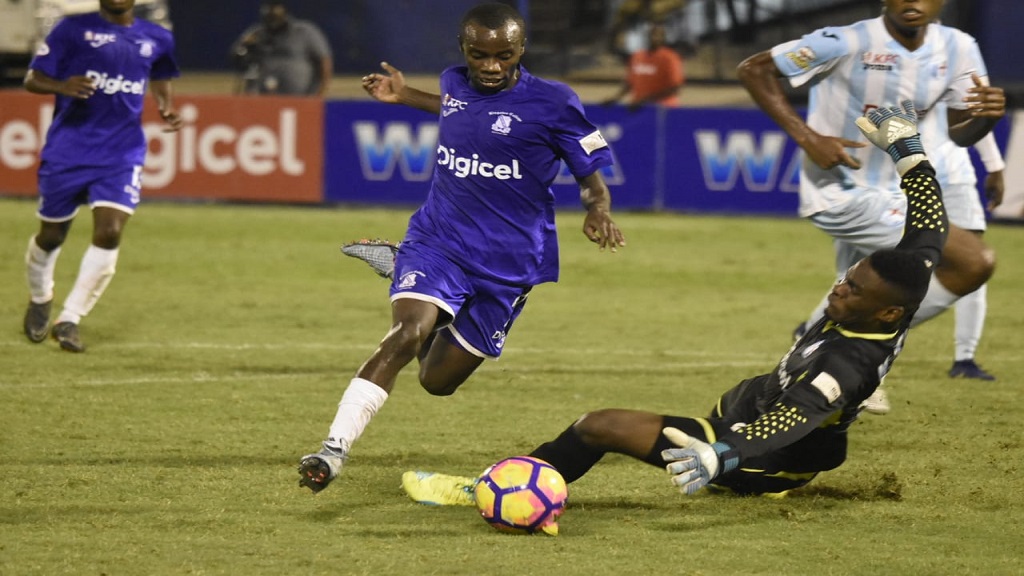 It was the third title for Bernard since he left Wolmer's Boys for KC three years ago.  In 2016, Bernard led KC to the Walker Cup and then in 2017, he guided them to the all-island Champions Cup. The momentum was definately with KC to finally end their over three decades in the wilderness.

St George's College remained on 22 Manning Cup titles, still the second most successful school in the history of the competition behind Jamaica College with 22 titles.

KC finished the 2018 Manning Cup season unbeaten with 15 victories and two draws from 17 games. During that run they scored 69 goals and conceded seven.

KC will now concentrate on the Olivier Shield, which pits the Manning Cup champions against the daCosta Cup champions.

The daCosta Cup champions will be decided on Saturday when Cornwall College meet Clarendon College in the final at the Catherine Hall Stadium in Montego Bay at 6:00 pm.