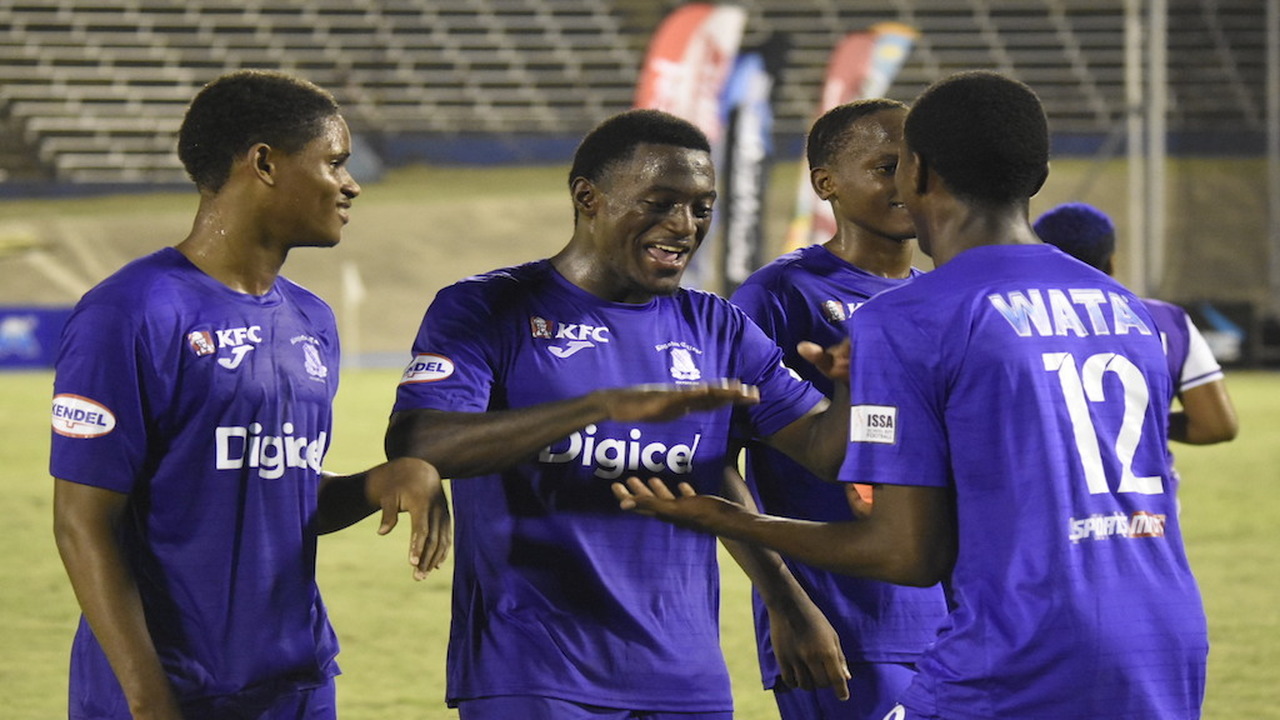 After a lacklustre first half, the 'purples' upped their performance in the second stanza and were rewarded with goals from Shaquille Smith in the 50th minute and substitute Dwayne Atkinson in the 72nd minute to advance to the Manning Cup final. They will be seeking their 15th hold on the prestigious Corporate Area football trophy and first title in 22 years.

STATHS, in pursuit of making back-to-back finals and seeking their second title after their only triumph in 1987, fell short once again after getting their hopes up through a Jevoney Johnson goal in the 75th minute. 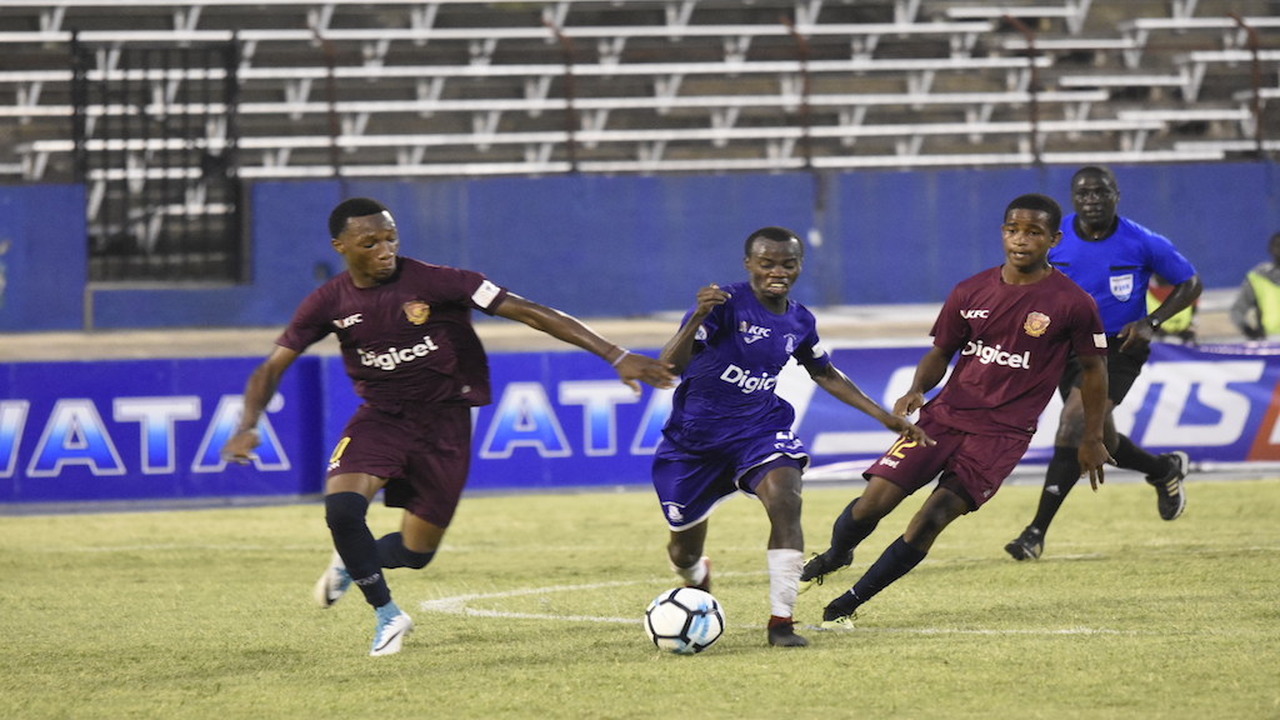 With STATHS national Under-20 goalkeeper, Jeadine White, back between the sticks after national duties kept him away from their 5-1 thrashing by St George's in the Champions Cup semifinals, the match was fairly even for the most part, with KC having just a slight advantage in the second stanza.

It was a battle of wills for most of the first half, with both teams involved in a cagey game, that had most of the action in the middle of the field, as they lacked ideas in the attacking third.

From the very limited goal-mouth action, STATHS got what could be considered good looks at the target through Marc Chambers and Marvin Emmanuel. 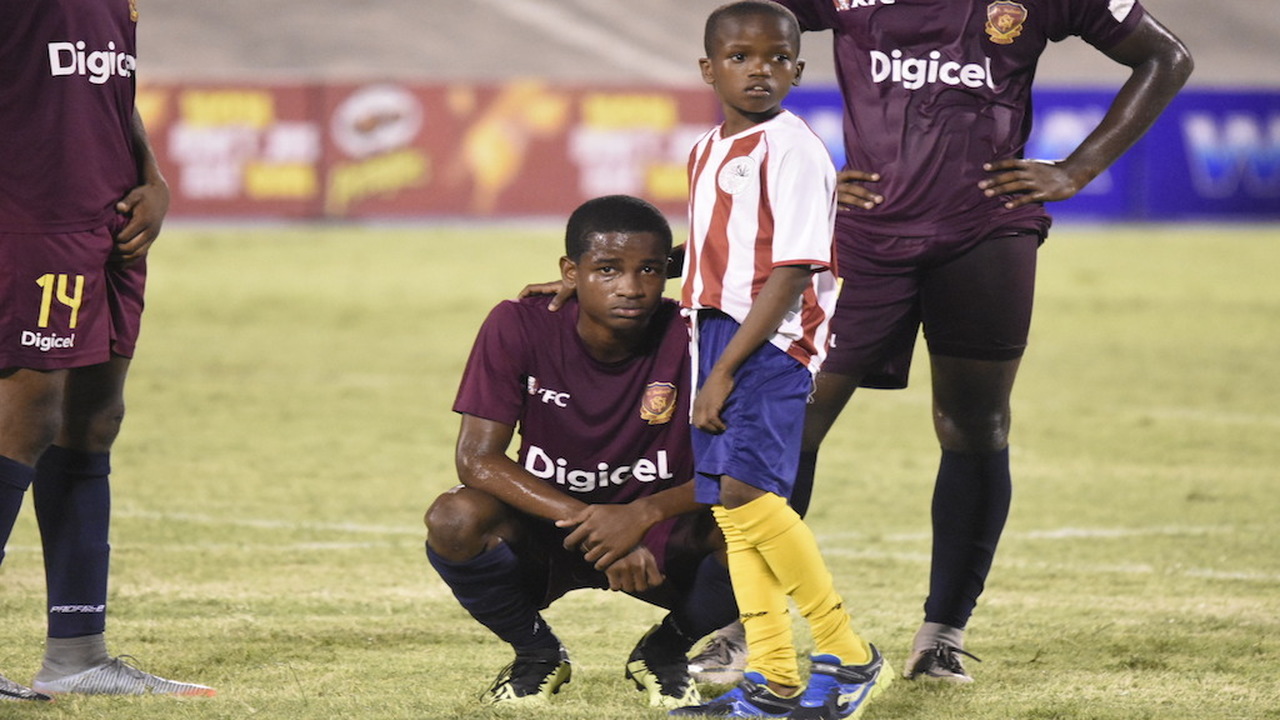 Chambers failed to connect properly with the ball after goalkeeper Nathaniel Francis left his goal line for the edge of the six-yard only to punch a ball straight to him just outside the 18-yard box. With Francis stranded and an unprotected goal behind him, Chambers' missed kick allowed the custodian to collect after the ball bounced favourable for him.

Emmanuel, in his attempt, fired a volley from the fringes of the 18-yard box straight to Francis, after a cross from the right had picked him out unmarked.

KC started the second half positively and should have taken the lead earlier, but their usually reliable goal poacher Oneeko Allen missed a simple tap in from inside the six-yard box after goalkeeper White had blocked a shot from substitute Atkinson at his right post.

KC, however, corrected that mistake minutes later when Smith, to the right of the penalty area, fired to the far post, which had White going full stretch to get a hand to the ball, but could only watch as the ball trickled over the line. Ari Rodgers, KC's Ugandan student athlete, had muscled his way past two STATHS defenders down the right flank to pass inside to Smith.

White once again was called into action for KC's second goal, but his block on Atkinson's first attempt, bounced favourably for the attacker to slot into an unprotected goal.

Minutes after STATHS reduced the deficit, as Johnson slammed home home from just inside the penalty area, after the KC defence failed to clear a bouncing ball.

KC will play the winner of the second semifinal between defending champions Jamaica College and St George's College.