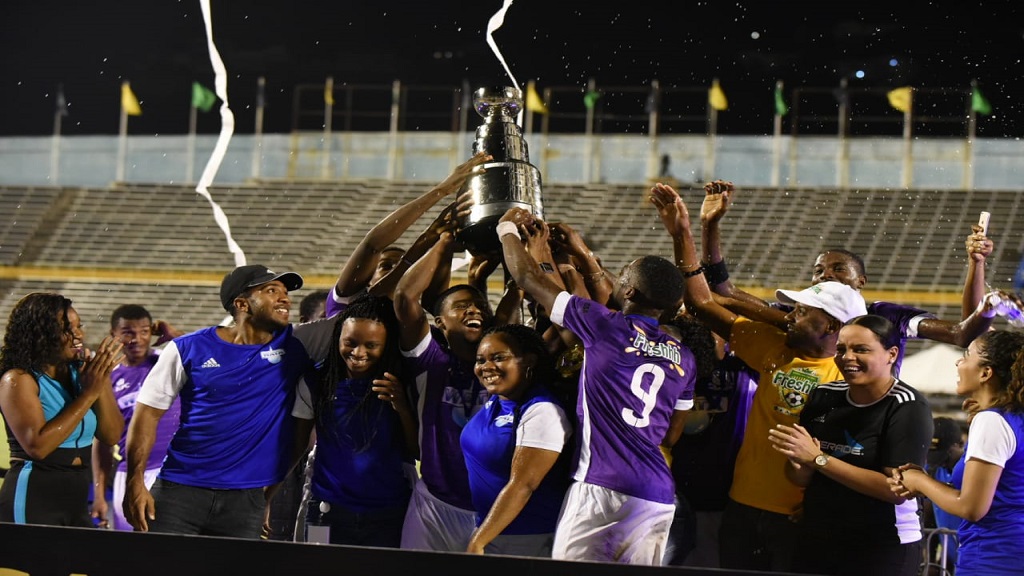 Kingston College players, officials and supporters celebrate with the all-island ISSA Champions Cup after defeating Clarendon College 1-0 in the final at the National Stadium on Saturday, November 23, 2019. (PHOTO: Marlon Reid).

Kingston College (KC) scored a 1-0 victory over Clarendon College in the final of the 2019 ISSA all-island Champions Cup at the National Stadium on Saturday night to become the first double winner of the competition.

And Saturday night was a similar story as KC again won the Champions Cup after they were booted out of the Manning Cup at the semi-final stage, this by Jamaica College 5-4 on penalties, three days ago. 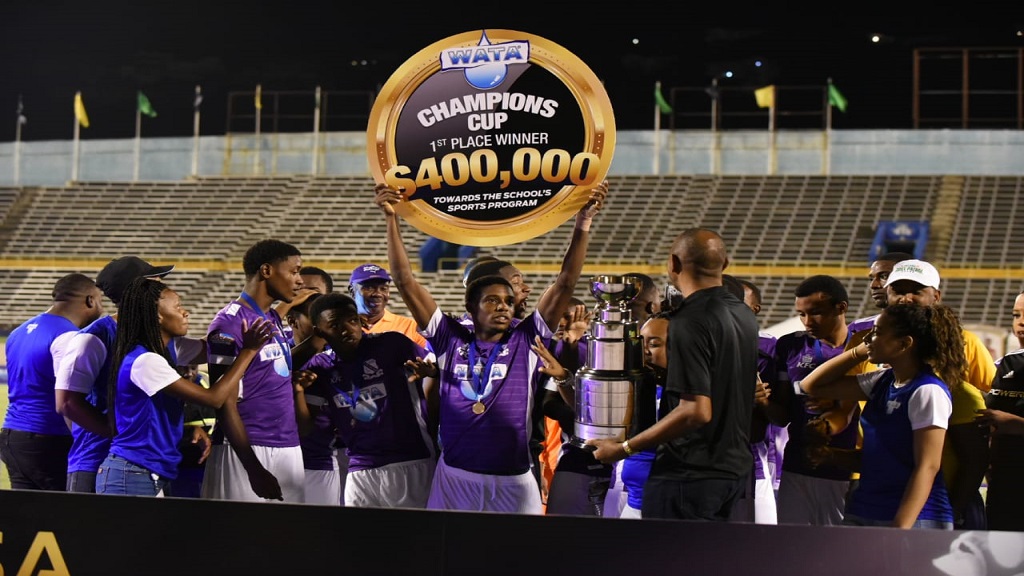 Ronaldo Robinson handed KC the victory with a brilliant goal in the 63rd minute. He left a pair of defenders for dead then turned and curled a wicked left-footed shot into the top of the goal as KC defended their unbeaten record in open play this season.

The North Street-based school is the only team this season that has not lost a game during regulation time as its only defeat that came last Wednesday against JC  in the Manning Cup semi-finals was during the penalty shootout after the teams battled to a 1-1 draw.

KC's record across the Manning Cup and Champions Cup comprises 18 victories one defeat and draw from 20 games.

The night truly belonged to KC as they dominated Clarendon College for a large period of the game and should have won by a bigger margin.

During the first half, KC received numerous opportunities to take the lead. Robinson and captain Rajiv Gavin were presented with the easiest chances to put the Ludlow Bernard-coached team ahead.

Robinson was set up by Christopher Pearson in the 30th minute and the striker stabbed a ball out of goalkeeper Prince-Daniel Smith's reach, which hit the inside of the upright post.

Gavin was presented with a good chance just outside the six-yard box and with the goal at his mercy, the centre forward booted over the crossbar on the stroke of halftime.

Along with the championship title, KC were presented with a symbolic cheque for $400,000 to help towards the school's sport program.