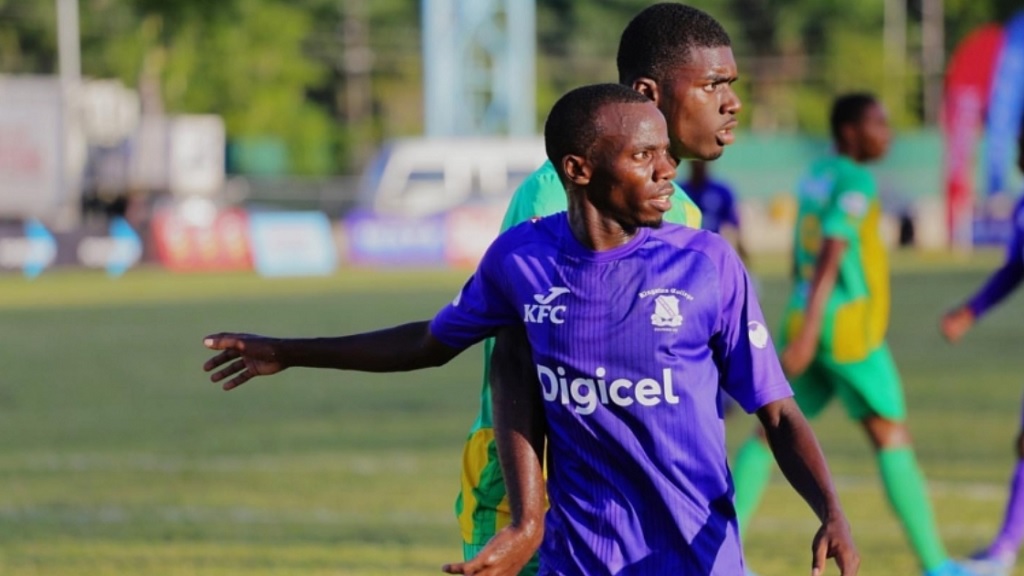 Ari Rodgers of Kingston College in action during the ISSA/Digicel Manning Cup fixture against Excelsior.

Kingston College (KC) began the defence of their ISSA/Digicel Manning Cup title with an emphatic 4-0 victory against Excelsior High in their Group G fixture at the Montego Bay Sports Complex on Saturday.

KC started well, scoring two goals in the first half, taking complete control of the affair.

Rajiv Gavin would get the KC ball rolling in the 30th minute with a rasping drive that would cannon onto the underside of the crossbar, before bouncing over the goal line and back into play.

Five minutes later, KC were two goals to the good thanks to Sa-Jar Blair, who after a mazy dribble down the right flank, cut inside his defender and slotted home past a hapless Excelsior custodian.

Then came the Dwayne Atkinson show, the striker benefitting from an unselfish cutback, which he beat his marker to and drive home.

Then there was real brilliance from Atkinson, who after getting a lovely through ball from midfield, decided to lose his marker by checking his run and cutting inside. With his next step he curled his delivery around the Excelsior goalkeeper.

KC will next be in action on Saturday, September 14 when they visit Pembroke Hall High, while Excelsior will host Dunoon Park on the same day.

NOTE: All matches are scheduled to start at 3:00 pm.