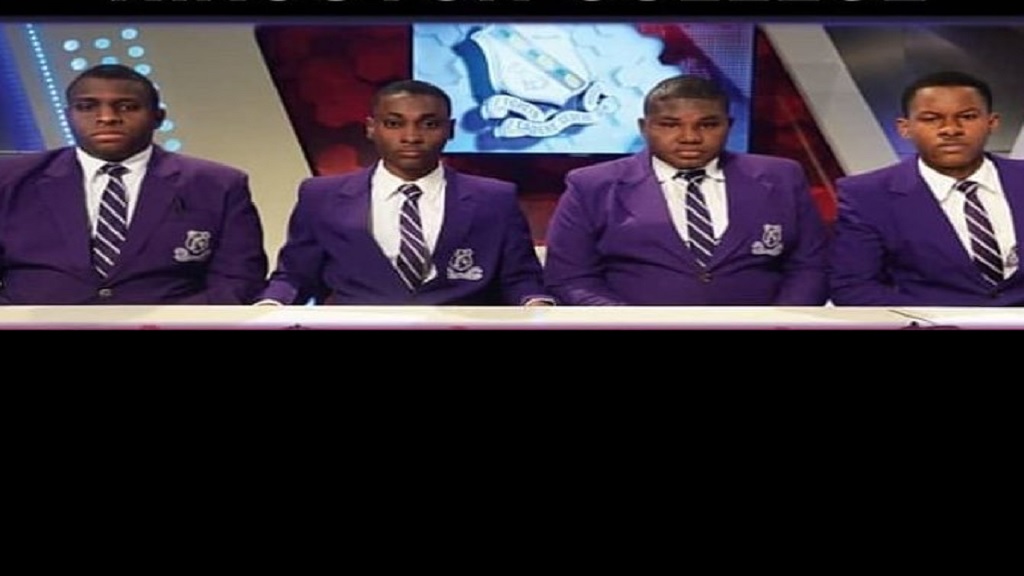 Kingston College will continue their pursuit of the 'Triple Crown'  - a rare trifecta in the world of high school academia - when they face off against opponents St Jago High school in the Schools' Challenge Quiz finals at TVJ on Tuesday night.

The 'Triple Crown' is the modern-day 'Holy Grail' in the world of academia as it is the feat of holding all the major coveted competitions on offer for schools in Jamaica across the athletic and academic disciplines.

Fresh off their record 32nd lien on the Mortimer Geddes Trophy for the ISSA/GraceKennedy Boys' and Girls' Athletics Championships, the purple tide believe that the euphoria of that moment can propel them to victory. Last year, the purples lifted the Manning Cup, and now eye Tuesday's final, the piece de resistance, the Schools' Challenge Quiz. 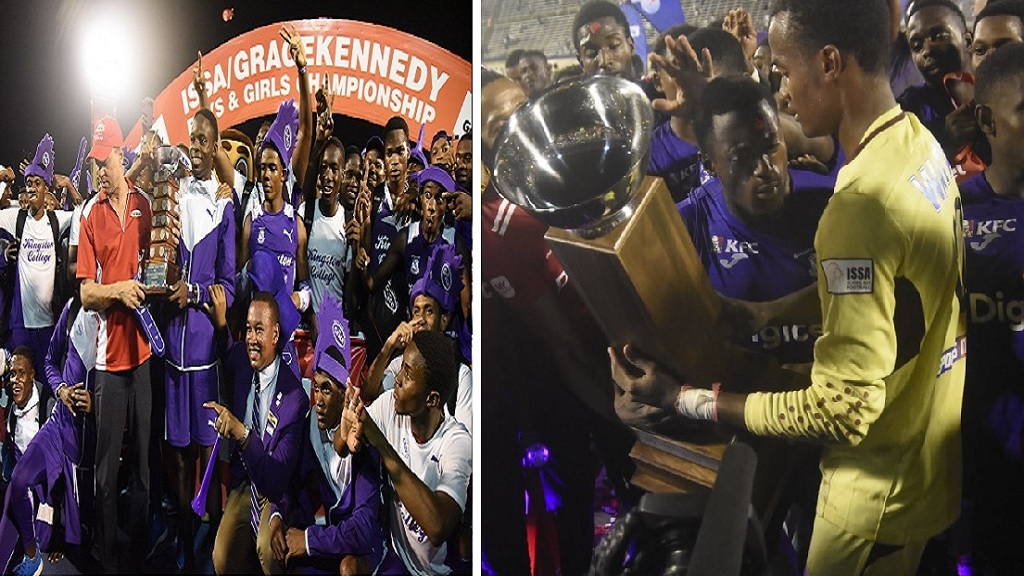 "To my knowledge, only one school has ever simultaneously held the Schools Challenge Quiz, the Manning Cup and Champs in one calendar year, and that was Kingston College in 1975," Zaheer Clarke, blogger and sports and statistical analyst, told Loop News reporter Claude Mills.

Legions of people will actually be rooting for St Jago High school to stem the "purple tide" Tuesday night, if for no other reason, than to not being forced listen to the ardent boasting of the Fortis clan for the next 12 months. It is all up to the Monk Street school known for its motto, 'Labor Omnia Vinciti'.

"Everybody is cheering for St Jago... KC won two and they are going for number three, but I know that St Jago will prevail," Melody Royal, a member of the St Jago Past Students Association,  said.

"We had an incredible devotion this morning, the children were hyped up, my principal is feeling it, the students sang the school song, 'Born in the Shade of the Ancient Santiago' and there is a new song, and the students were singing it and doing the moves to it. It was euphoric, the Quiz team is now chilling and relaxing. I know we will win, prayer works," she added.

In rural Jamaica, the revered institution, Vere Technical High did the double, DaCosta Cup and Girls Championships in 1975 and 1980. In 1970, Kingston College won Manning Cup and Boys Championships.

Jamaica College last won Schools Challenge Quiz in 1987, and won the Manning Cup five consecutive times between 2013 to 2017, but failed to win any of the other coveted competitions during that priod. During the 1990s, when Jamaica College won Champs seven times out of that decade - and again in 2001, the Hope Road institution failed to grab any other major title.