KC lead Calabar by one point at Champs; Edwin Allen surge ahead 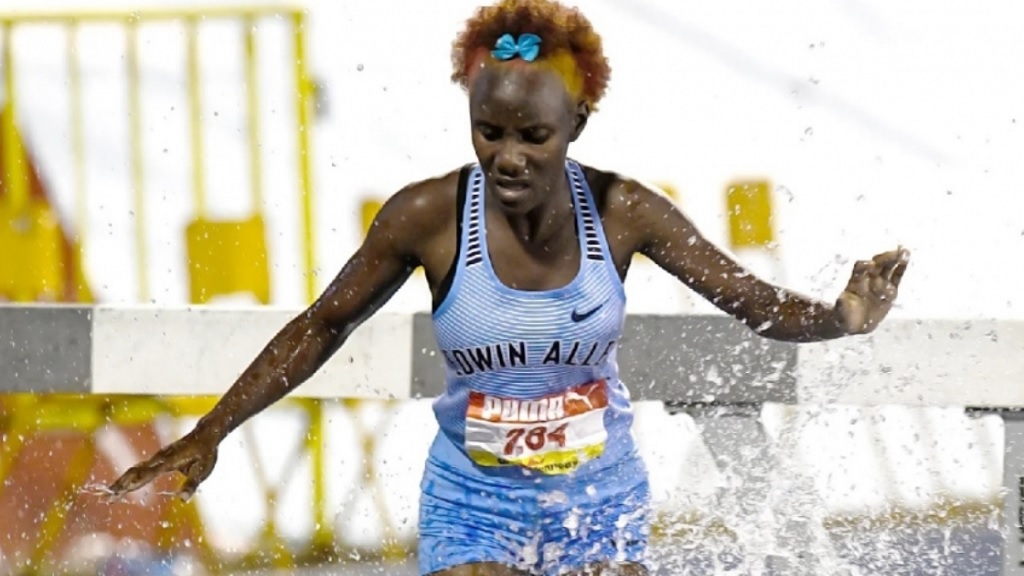 The battle between seven-time defending boys’ champions Calabar High and Kingston College (KC) is interestingly poised after an eventful third day of the 2019 ISSA/GraceKennedy Boys and Girls' Athletics Championships at the National Stadium on Thursday.

Only a point separates the two teams after seven finals with KC holding on to their first-day lead after the third day of action. The North Street-based school has improved to 64 points with second-place Calabar High on 63.

The Clarendon-based school ended the day with 43 points, a 13-point lead ahead of second-place and first-day leaders Rusea’s High (30 points).

KC, which are hunting their first title in 10 years and 32nd overall, had entered the day with an 11-point lead but as a result of misfortunes were unable to widen the gap.

KC’s misfortunes came in the final event of the night – the Boys’ 2000m steeplechase open. The defending champion and record holder Aryamanya Rodgers and Amos Beadle both crashed to the turf when clearing the first obstacle. Beadle was the first to recover and urged Rodgers to get up. They both finished the race. Beadle completed the course in 6:25.97 for sixth place, while Rodgers came home in 6:26.96 for eighth place to earn four points for KC

Of the four boys’ finals on the day, both KC and Calabar won two each.

Calabar High scored first through the big favourite Kai Chang who won the Boys’ Class 1 discus throw with an effort of 61.93m. The silver medal went to Romario Jackson of St Jago who managed 58.57m with Daniel Copeland of Petersfield taking the bronze with 56.84m.

KC hit back through Ralford Mullings who shattered the Boys’ Class 2 shot put record with a massive throw of 19.99m, which erased the previous mark of 18.18m set by Warren Barrett of Cornwall College in 2014.

Calabar’s Kobe Lawrence won the silver medal with his best mark of 17.61m while his teammate Zayne Simmons copped the bronze with a throw of 16.96m.

Anthony Willis handed KC their other gold medal on the day with victory in the Boys’ Class 3 high jump. Willis cleared 1.84m.

There was a third record on the day as howling favourite Jounee Armstrong of Immaculate Conception had earlier leapt to 5.64m in the Girls' Class 4 long jump final to erase the 11-year-old mark set by Opal James.

Edwin Allen’s Santae Wilson took the silver medal with 5.13m just ahead of Rohanna Sudlow of Hydel who was only two centimetres behind.

Edwin Allen ended the night with a bang as Aneisha Ingram defended her title in the Girls' 2000m steeplechase open.

Ingram said her main aim going into the race was to defend her title.

Earlier, outstanding JC’s sprinter Christopher Scott showed that he will be hard to beat in the Boys’ Class 3 100m final on Friday by smashing the meet record in the preliminary round.

Scott outclassed the field to clock 10.69 to erase the previous record of 10.79 seconds set last year by KC’s Bouwahjgie Nkrumie.

Javoon Blair of Manchester High finished second in 11.10 and will enter the semi-finals on Friday with the second fastest qualifying time.

Calabar have the two fastest qualifiers going into the Class 1 semi-finals.

Oblique Seville came out of the preliminary round with the fastest time as he impressively won Heat 8 in  10.32 seconds, well clear of St Jago High’s Javari Thomas.

St Jago’s Vashaun Vascianna has the fastest qualifying time in Class 2 after winning his preliminary round heat in 10.61.

Terrique Stennett of KC is the second fastest qualifier with 10.64 seconds and his teammate Bouwahjgie Nkrumie (10.77) has the fourth fastest qualifying time.

Calabar will only be represented in the semi-finals by Dishaun Lamb, who won Heat 5 in 10.80 as his teammate Taraj Smith crashed out as a result of a false start in Heat 7.

Edwin Allen High’s top sprinter Kevona Davis has the fastest qualifying time heading into the Girls’ Class 2 100m semi-finals on Friday after winning her preliminary round heat in 11.79 seconds.

Campion College’s Krystal Sloley (11.81) and Brandy Hall (11.89) will enter the semis with the second and third fastest qualifying times.

Hydel High’s Alana Reid has the fastest qualifying time of 11.80. Also through is St Jago High’s Brianna Lyston, who won her preliminary round heat in 12.20 seconds.

Action on Friday starts at 8:30 am with the preliminary round of the Boys’ Class 2 triple jump and the girls’ 100m hurdles hep. Open.

The day will feature 25 finals.

The day belonged to Pinnock as KC, Rusea's take early lead at Champs