Defending champions Kingston College (KC) defeated Camperdown High 2-1 in their final Group G quarter-final round game at the Stadium East field on Tuesday to secure their spot in the semi-finals of the ISSA/Digicel Manning Cup football competition.

The victory pushed 15-time champions KC to seven points from their three Group G quarter-final round games. Wolmer’s Boys, which have won the competition 10 times,  were leading Charlie Smith High 3-0 at half time in the group's other fixture at JC when the game was called off due to heavy rain. However, with KC defeating Camperdown High (three points), Wolmer's secured their spot with the four points they had entering the day. Charlie Smith High are without a point from their two completed game.

The remainder of the Wolmer's, Charlie Smith High game will be played on Wednesday and the Heroes Circle-based team will be going for more goals in order to top the group ahead of KC. Six unanswered goals against Charlie Smith will give Wolmer's Boys group honours.

The winner of the group will play JC in one of the semi-finals, while the second-place team will meet STATHS in the other. 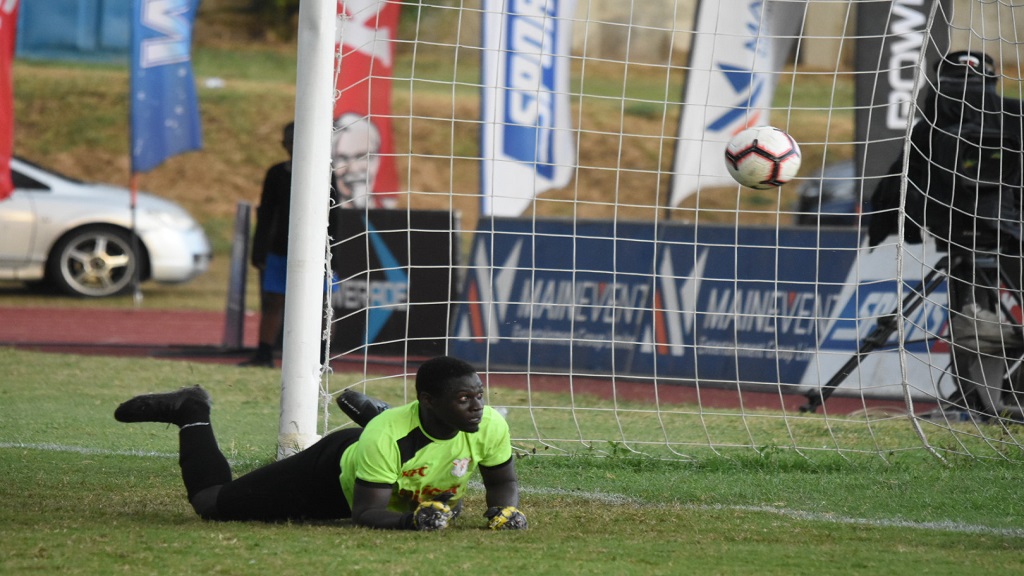 Camperdown High's goalkeeper De Shawn White watches as a ball rattled the back of the net.

With the victory, KC improved their unbeaten record in the 2019 Manning Cup season to 15 games, comprising 14 victories and a draw. During that run, KC have rammed in 53 goals and conceded four.

On Tuesday, KC had to come from a goal down on a rainy day to secure victory after Shawn Daley had given Camperdown High the lead in the 30th minute.

The goal was set up by the brilliance of Shaqueil Bradford, who opened up the KC defensive unit and presented Daley with a free run at goal and the striker easily beat Herneal Nelson in the KC goal, for his seventh goal of the season.

KC were presented with an opportunity to equalise from the penalty spot but De Shawn White pushed the spot-kick from Ronaldo Robinson onto the post and then collected the rebound.  Tyreese Williams earned the penalty for KC when he took apart Camperdown High defenders but was brought down after he beat the goalkeeper.

KC got the equaliser on the stroke of halftime when Rajiv Gavin headed a ball inside the area and Dwayne Atkinson scored to level the proceedings at 1-1.

Michael Allen handed KC the victory in the 77th minute when he scored from inside the sixth-yard box, his second goal of the season, which was enough to knock out Camperdown High.

Earlier, JC became the second team to qualify for the semi-finals despite losing 2-1 to STATHS in the first game at the Stadium East field.

STATHS, which had booked their spot ahead of the final set of Group H quarter-final round games, finished the group with a maximum of nine points.

Last year's beaten finalists St George's College failed to take advantage of JC's defeat as the 22-time champions were held to a 1-1 draw by Excelsior High in the group's other game at JC.

JC had a goal difference of minus one compared to St George's College's minus two and Excelsior High's minus 4.

JC qualify for Manning Cup semis despite defeat to STATHS