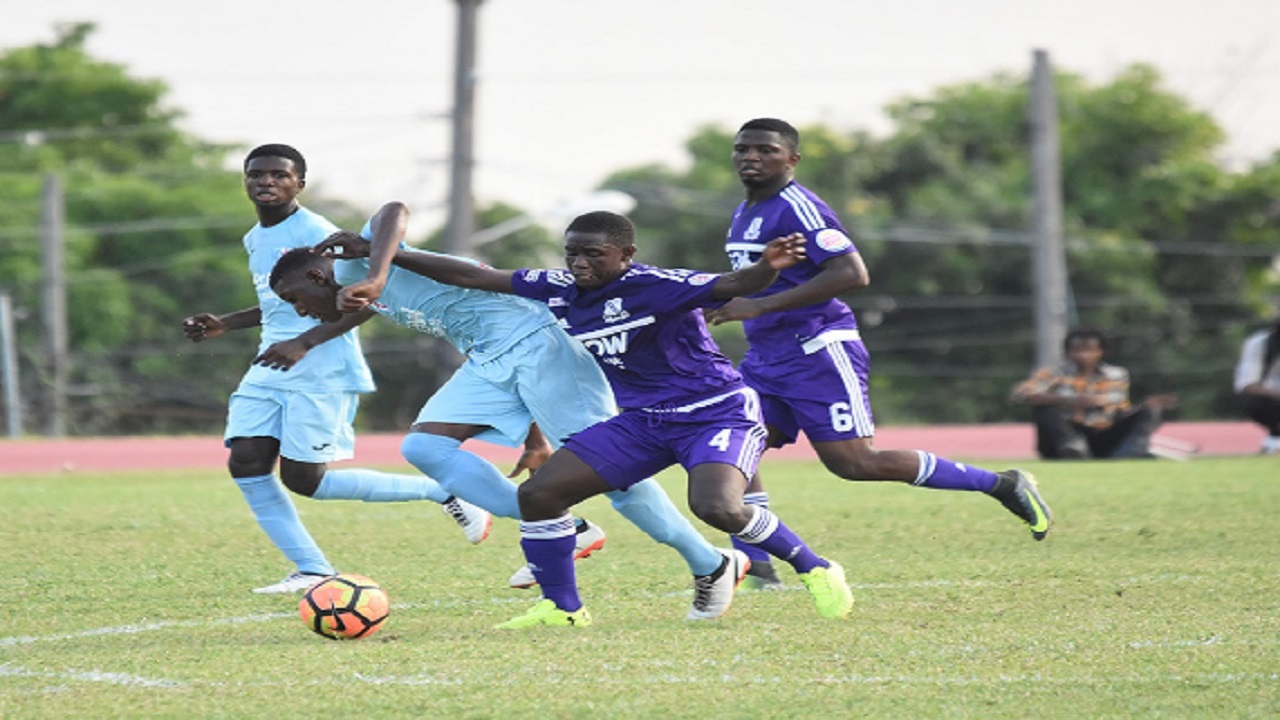 Defending champions Kingston College (KC) and Jamaica College (JC)  will try to remain on course to contest a second straight ISSA/FLOW Walker Cup knockout final, when the 2017 competition resumes on Saturday with the semi-final matches, at the National Stadium.

JC will try to get the better of Calabar High for the second time this season in the first semi-final at 3:00 pm, while KC will take on St Andrew Technical High School (STATHS) in the second semi-final at 5:00 pm.

Based on form this season, KC are highly fancied to gain their 10th hold on the Walker Cup.

The Ludlow Bernard-coached KC advanced to the semi-finals on Wednesday after edging North Street neighbours St George's College 2-1 in extra time, through goals from Javain Brown and Dwayne Atkinson.

STATHS booked their spot by getting the better of  Holy Trinity High  5-4 on penalties after playing to a 1-1 scoreline in full and extra time.

KC will start as heavy favourites owing to their prolific goal scoring exploits this season, where they have netted over 50 goals and coach Bernard is looking for his team to continue in that vein on Saturday.

He said, “it is always good when your team is getting the goals, and what is even better is that our goals are coming from all over the field, we however want to keep a clean sheet and that should be good enough for us getting into the final.”

STATHS are arguably the best defensive team this season, conceding less than five goals, and they are led by one of the best goalkeepers this season in Jaedine White. And although KC will start as favourites, STATHS coach Philip Williams is expecting a very good battle.

“It’s going to be a tough game against KC, they are playing well and we are showing a lot of grit and determination so I expect a good game,” said Williams

In the opening game, JC are keen to get into their second consecutive Walker Cup final, but will have to find a way to beat this stubborn Calabar team again. Both teams met on October 24 in the quarter-final round of the Manning Cup, the qualifying competition for the Walker Cup, and JC won courtesy of a late goal from Tyreke Magee.

The Miguel Coley-coached JC are coming off an impressive 3-1 win over St Catherine High in the quarter-finals on Wednesday, while Calabar High defeated Bridgeport High in a penalty shootout after their game ended in a goalless affair.

That victory was sweet revenge for Calabar High as Bridgeport High had knocked them out of the Manning Cup competition, seven days earlier with a 3-1 victory.

Calabar High will now feel that they are capable of getting revenge against JC. But despite the close game when the teams met for the first time, coach Coley believes JC will be hard to beat, this time around, based on their fitness level.

He said, “I think our boys are peaking at the right time and the true-blue spirit is coming out, we plan on being relentless as we move forward in all competitions.”

Despite being outplayed by Bridgeport High in their quarter-final match on Thursday, Calabar High got the better of the Portmore team 3-1 on penalties to earn the right to meet JC again.

“They are going to come hard at us once again having beaten us, but we are going to put up a better showing and we believe we can create some chances and put this JC team under pressure,” said Simms.