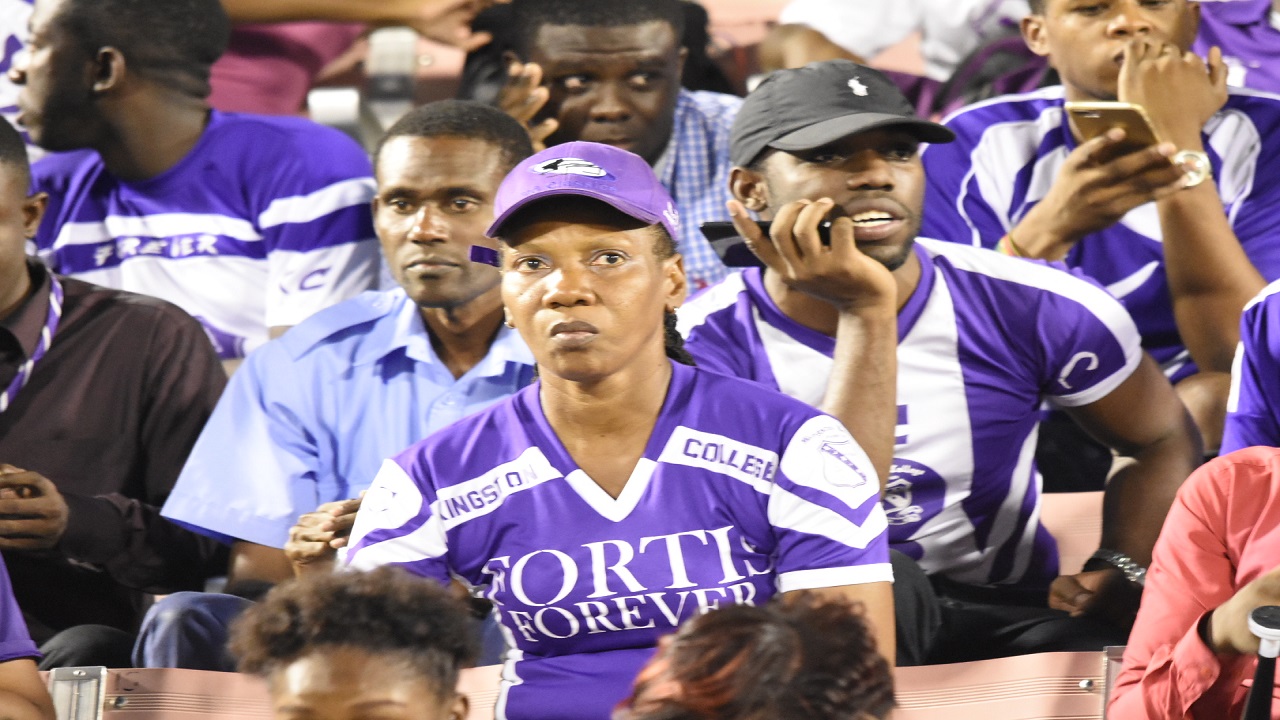 There was no shortage of heartbreak in the Kingston College section of the Grandstand at the National Stadium Tuesday evening as the famed ‘Purples’, widely regarded as the best schoolboy football team this season, lost to Jamaica College in the Walker Cup final.

KC fans had travelled to the venue expecting their team, the defending Walker Cup champions, to come away with the first silverware up for grabs this season, but were stunned by a seemingly revitalised JC side that deservedly came away 2-1 winners to lift the trophy on the night.

Disappointment was written all across their faces towards the end of the match as the reality of being dethroned continued to sink home.

Loop News' photographer Marlon Reid captured the gloom that overcame the Kingston College supporters towards the end of the match. Check out the slider below.

Meanwhile, reporter Job Nelson got reaction to the result from both managers as well as a couple high-profile fans of both teams. Below are their comments.

I think the young men went out and stuck to the game plan to get this positive result. I wouldn't say that we won it from the first half, although we were outstanding and could have scored some more goals and put it to rest.

Of course they got a late goal via a penalty and this made the match more intense, but I think we stuck to the task.

I know that Coley is a master tactician

Today the KC team was a little too complacent in the first half. I think they underestimated the opponent, because they had defeated them in last year's Walker Cup final and in the quarter-final of the Manning Cup.

Jamaica College changed their tactics and were very aggressive and played a physical game and KC just never responded physically.

The second half was a different kettle of fish. Being two goals down the team lived up to the motto of the ‘the brave may fall but never yield’, dominated the JC team, looked hungrier and really wanted it.

From where I stand, it is a wake up call. The team will realise now that it is not going to be handed to them on a platter and they will have to be hungry for victory.

What you saw was resilience and tenacity winning over hype. JC started (the competition) very poorly and eventually lost to KC, which we had said, while they lost, they had already qualified for the next stage of the competition.

What we saw today was a tactical game, which was well executed by the boys. The tactical part was to prevent Kingston College from scoring for the first half hour, by keeping the ball and press them to go back, while we took some shots at goal.

The first half saw Kingston College being shell shocked, but I say that to say that this is not the last of KC.

But overall, I am very proud of the team. We will put this behind us and look forward to the other games.

Congratulations to Jamaica College. They played a well calculated game.

I wouldn’t say that we lost the match from the first half. We are KC and we have our never-say-die attitude. My personal opinion is that we don’t lose the match until the final whistle is blown and I think the team understood that.

We strive for greatness and it is just one of those things and we will come again.

Walker Cup champions down the years