The most anticipated high school track and field meet, the ISSA/GraceKennedy Boys and Girls' Athletics Championships, over five days, starts on Tuesday at 1:00 pm at the National Stadium with Calabar High searching for their eighth straight boys’ title and 29th overall; while Edwin Allen will be hunting their sixth straight and seventh overall.

Based on performances from the various championships leading up to the big day, Edwin Allen look set to continue winning ways although the Frankfield-based school will be pressed by Hydel High, while Calabar High and Kingston College (KC) will have an interesting battle.

The coaching staff at KC has left no stones unturned in its search for the school’s first title since 2009 and one thing for sure is that Calabar High will not have their own way as last year when the school tallied  368.50 to beat KC into second place by 90.50 points.

KC have dominated the three biggest meets ahead of the ISSA/GraceKennedy Boys and Girls' Athletics Championships. 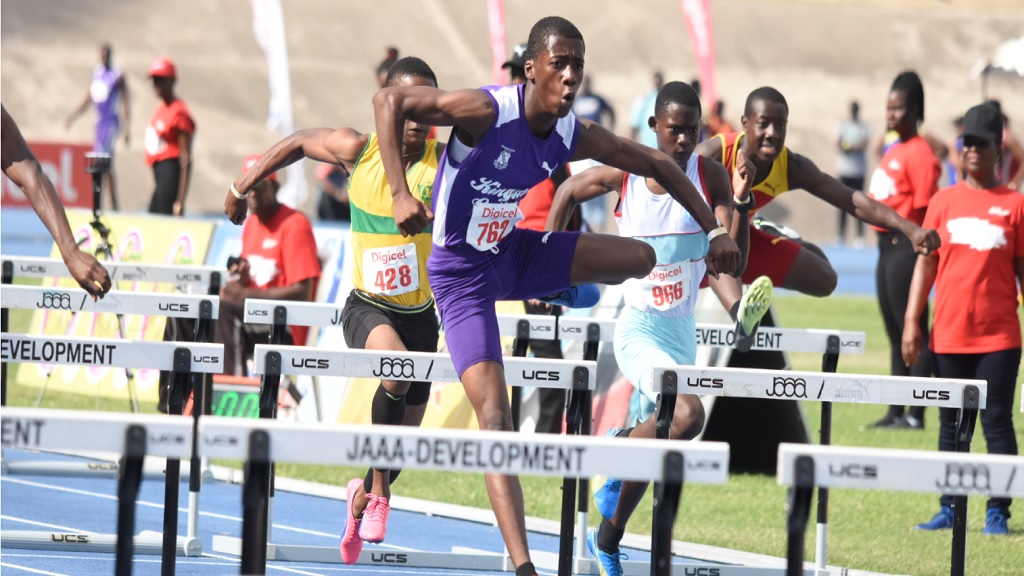 The North Street-based school ruled supreme at the 43rd staging of the Puma Gibson McCook Relays at the National Stadium on February 23 by winning six of the 11 relays.

KC returned a week later to easily win the boys’ title at the Corporate Area Championship, the fourth and final regional meet of the Digicel Grand Prix Series, at the National Stadium.

The “Purples” then went on to win the boys’ title at the Digicel Grand Prix Athletics Championships at GC Foster College in Spanish Town on March 16. KC compiled 144.33 points to beat nearest rivals Calabar High, the 2018 champions, by 36.33 points.

However, based on what has transpired so far this season the margin of error between the top two teams – KC and Calabar - will be very slim.

KC are very strong in the hurdles and will score big points in the Class 2 sprint events and the jumps.

KC's Romel Plummer is expected to continue his hot form in the Boys' Class 1 400m hurdles following two sub-53 seconds and a two sub-52 – one at the Corporate Area Championship on March 9 when he clocked a meet record 51.08 and the other at the Digicel Grand Prix Athletics Championships where he did 51.62 seconds for an easy victory.

Jayden Brown also looks good over the hurdles and will give KC valuable points in the Boys’ Class 4 400m hurdles, an event he won at the Digicel Grand Prix Athletics Championships in 53.61.

KC are expected to rule in the Boys’ Class 1 long jump where star athlete Wayne Pinnock will be looking to get a legal eight-metre jump after soaring over the mark twice already but those efforts were helped by winds over the legal limit. 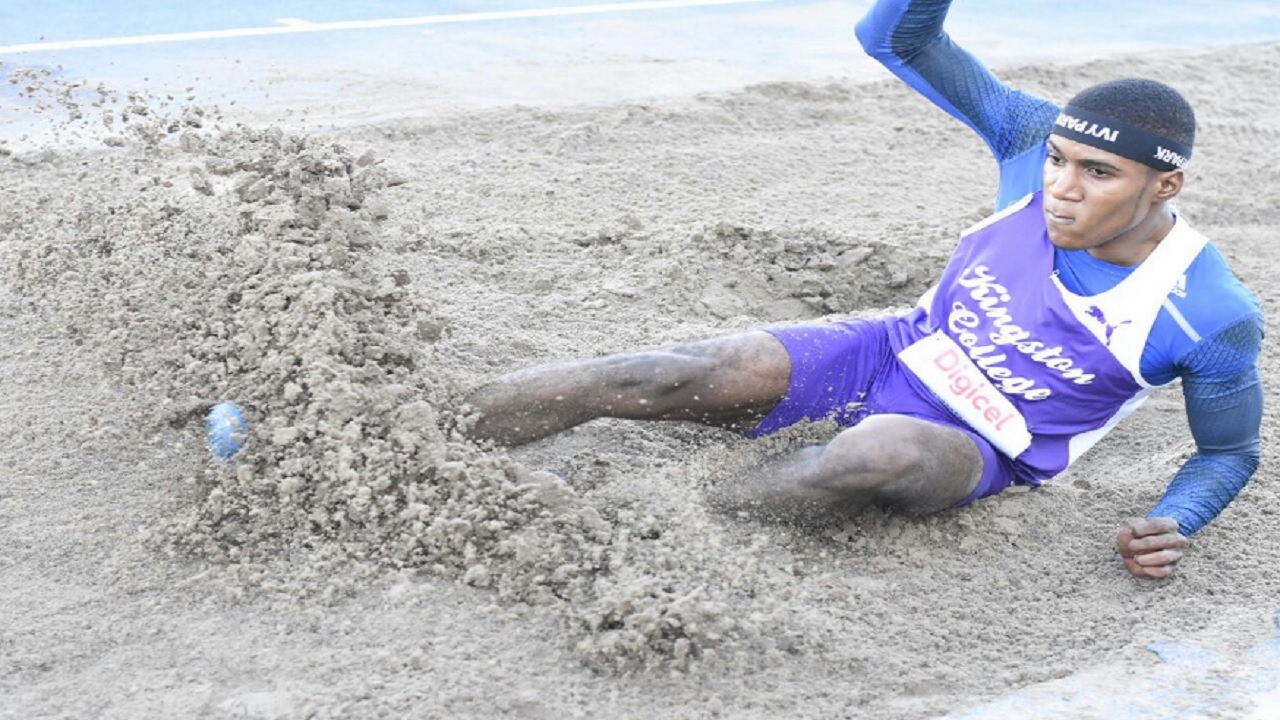 Pinnock soared over eight metres at the Corporate Area Championship to record 8.10m but the tailwind of 2.7mps denied him the meet record.

Pinnock also won the event at the Digicel Grand Prix Athletics Championships with an effort of 7.76m. Pinnock’s teammate Shacquile Lowe is good enough to achieve a top-three finish.

The KC trio of Terrique Stennett, Nkrumie Bouwahjgie and Adrian Kerr look set to dominate the Class 2 sprint events; while brothers Giovanni Henry and Gianni Henry should ensure the 'Purples' secured valuable points in the 800m and 1500m.

Stennett clocked an impressive 10.48 seconds at the Digicel Grand Prix Athletics Championships, which shows he is in top form.

Calabar will also do well in Class 2 as Jordan Turner is the one to beat in the long jump and triple jump.

Calabar will also be very strong in Class 1, an area where KC and Jamaica College (JC) have shown that they will pick up valuable points. 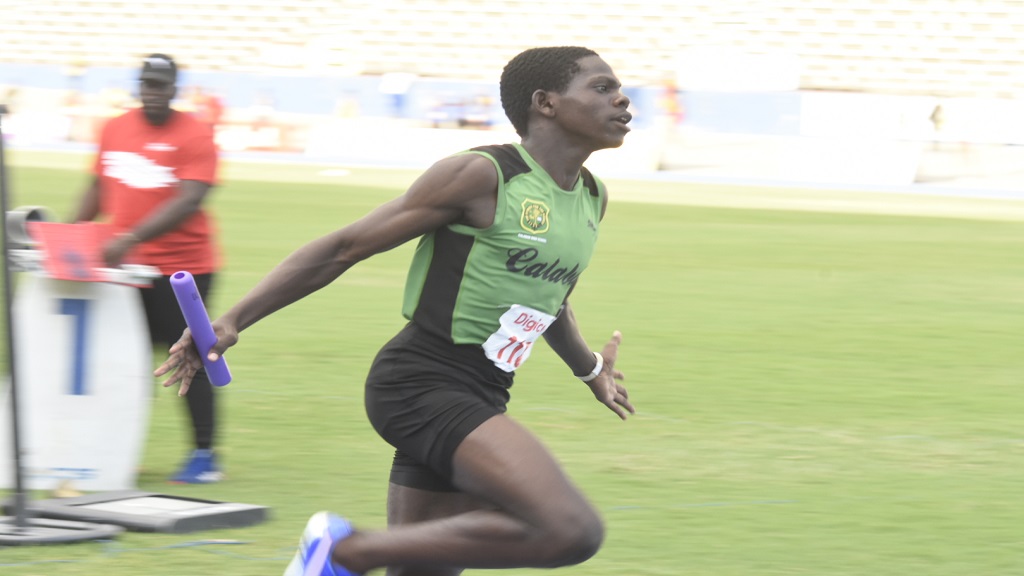 Christopher Taylor, De’Jour Russell and Michael Stephens are among the athletes that Calabar will depend heavily on. The trio will be competing at their last Boys and Girls’ Championships.

Taylor is the reigning Class 1 200m champion, Russell has broken the Class 1 110m hurdles record two years in a row, while Stephens – who won the Class 1 100m in 2017 and failed to defend the title in 2018 after pulling up midway the race – is rounding into top form.

Both Taylor and Russell’s participation have been in doubt since last week when the school’s Physics teacher Sanjaye Shaw formally reported to the police a December 15, 2018, alleged assault by top athletes.

Shaw, who heads Calabar's Physics department, stated that “Christopher Taylor proceeded to drape mi up and let me know dat it's 'track man' run the school."

The teacher reported that Russell knocked his phone from his hand and stomped on it.

Since the incident was reported there have been calls for the school to pull the athletes from the championships. And Calabar know that pulling Taylor and Russell will cost them dearly.

Taylor only competed in one individual race last year but is expected to compete in two this time around in a desperate bid by the school to continue winning ways.

It will be interesting to see if KC’s Ugandan athlete Arymanya Rodgers will take the track. Rodgers, who helped KC to win urban area biggest schoolboy football prize – Manning Cup – for the first time in 32 years last season, is recovering from an injury he picked up during the football season. Rodgers has been missing from the track this season.

Rogers easily won the 2000m steeplechase last year while he was upset by Calabar’s Kevroy Venson in the 5000m. However, the Ugandan will not have to be at his best to give KC valuable points in those events and it will not be a surprise if he turns up.

KC's Class 3 team will score heavily in the field.

Anthony Willis and Aaron Thomas will rule in the high jump, while Willis and Christopher Seaton will try to keep Calabar's Javar Grant out of the top two in the long jump.

One of the most anticipated event this year will be the Boys’ Class 1 800m where Enid Bennett High's Tyrice Taylor could break the Champs record.

Tyrice Taylor turned back a strong field at the Digicel Grand Prix Athletics Championships to clock an impressive 1:48.85 seconds, a time which was just one-hundredth of a second outside Vere Technical's Sherwin Burgess' Champs record of 1:48.84 done 32 years ago.

Prior to the Digicel Grand Prix Athletics Championships, Farquharson had clocked a meet record 1:49.79 at the Corporate Area Championship to beat JC's Dugion Blackman (50.49).

All of the athletes will renew rivalry again and an epic battle is expected. 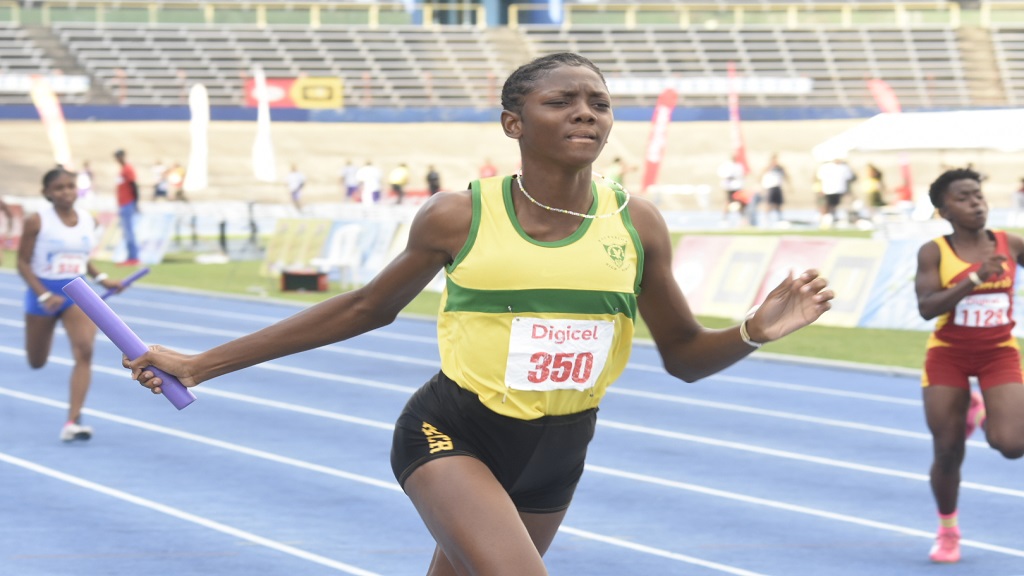 The fight for the girls’ title has also turned out to be a two-horse race.

Hydel High from the parish of St Catherine showed their readiness for Champs by winning the girls’ category at the  Digicel Grand Prix Athletics Championships.

Hydel High ended with 126 points to secure the first major track and field title for the school and in the process ended the domination of Edwin Allen High, which had won that title every single year since the Grand Prix Athletics Championship was launched five years ago.

The twin sisters will dominate the Girls’ Class 2 100m with a 1-2 finish, while Brianna Lyston of St Jago High could split the sisters in the 200m. 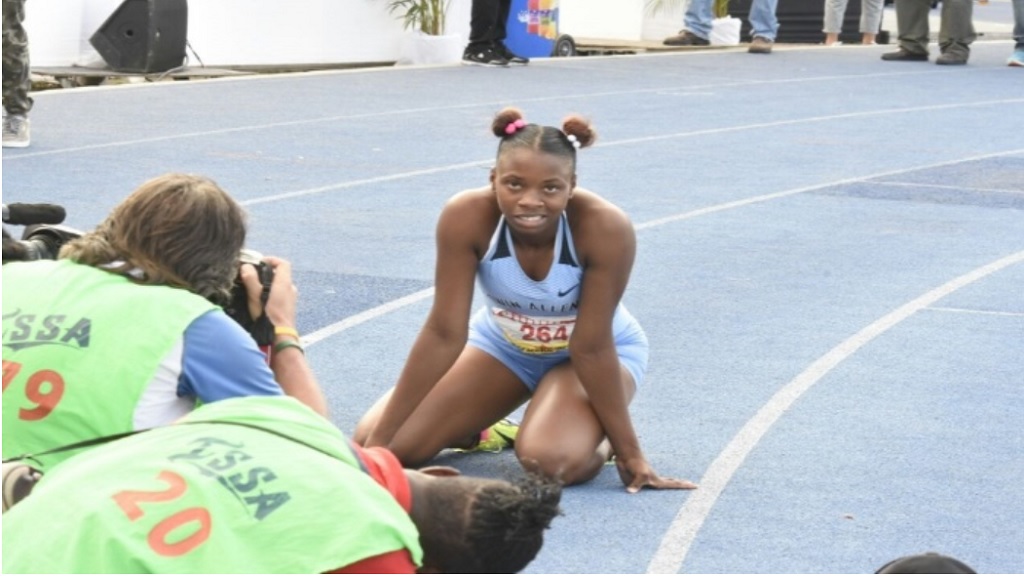 Edwin Allen are also expected to score big in the sprint relays and their Class 2 team, which features Davis, could break the Champs record after becoming the first Class 2 team to go under 44 seconds when clocking 43.94 at the Mile Western Relays on February 9.