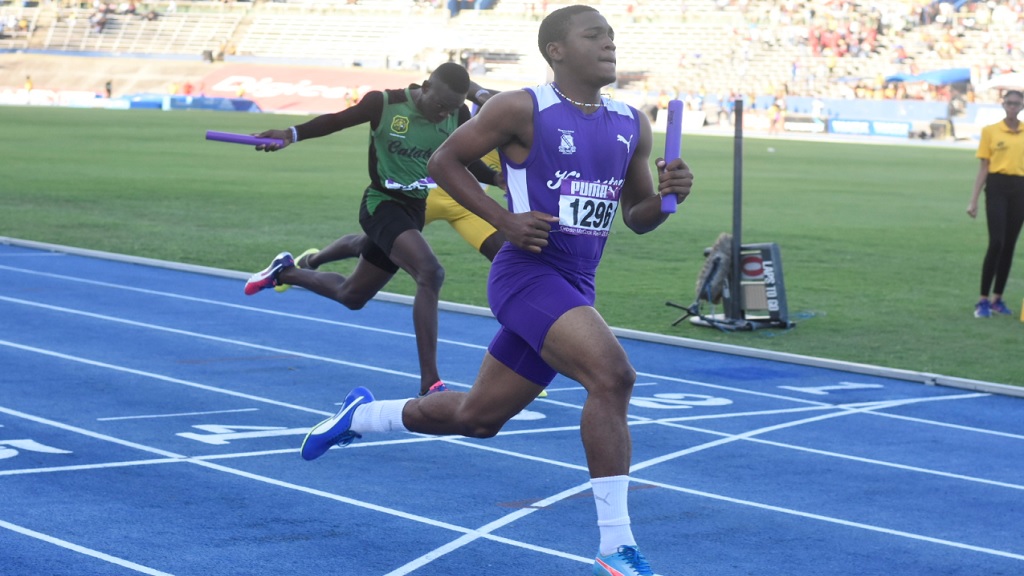 Adrian Kerr guides KC to an easy victory in the Boys' Class 2 4x100m relays ahead of Calabar and St Jago at the Puma Gibson McCook Relays at the National Stadium on Saturday, February 23, 2019. (PHOTOS: Marlon Reid)

Kingston College (KC) dominated the 43rd staging of the Puma Gibson McCook Relays at the National Stadium on Saturday night.

The North Street-based school won six of the 11 relays, a massive boost just a month before the ISSA/GraceKennedy Boys and Girls' Athletics Championships where Calabar High will be seeking eight straight boys' titles and 29 overall and Edwin Allen, their sixth straight girls' title and seven overall.

In the girls’ section, Edwin Allen just managed to come out on top with three relay victories, one ahead of Holmwood Technical, which ended with two relay wins. St Jago, The Queen’s School, and Hydel won a relay each. 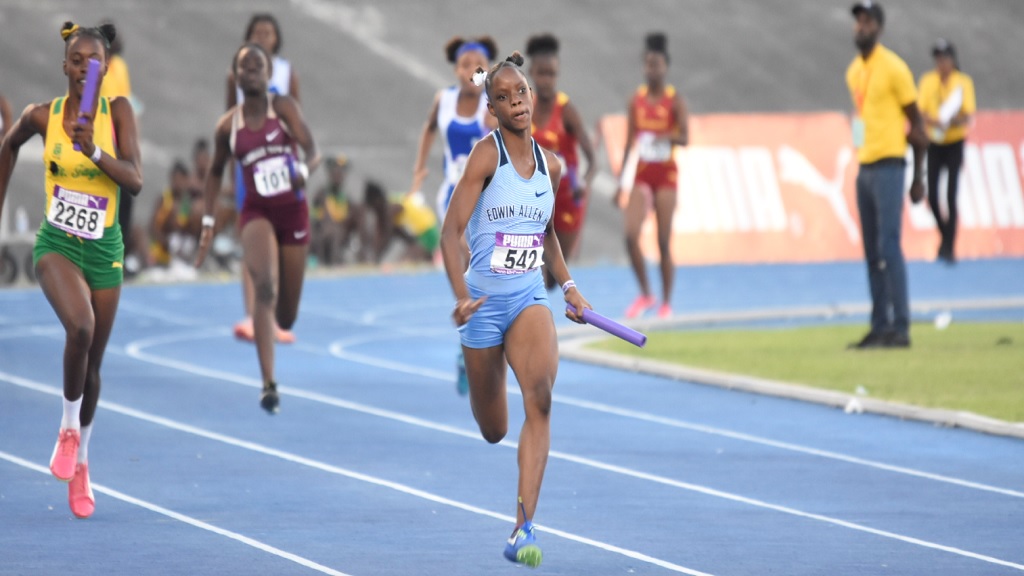 The quartet of Terrique Stennett, Adrian Kerr, Javain Johnson, and Michael Joseph, as expected, outclassed the field in the Boys’ Class 2 4x100m relays to win in 41.18 seconds.

Calabar High crossed the line first in the Boys’ Class 1 4x100m relay , courtesy of a brilliant run on the backstretch from Christopher Taylor, but they were disqualified shortly for a lane violation on the anchor leg.

KC's other three relays victories came in the 4x200m and the final event of the night, the 4x400m relay.

In the 4x200m relays, KC secured two victories through their Class 2 and Class 4 teams.

Earlier, Wayne Pinnock of KC won the Men's Long Jump with a leap of 8.14m on his second attempt, which was well over Nicholas Gordon's 2015 meet record 7.95m.  However, the mark was illegal as Pinnock was helped by a wind of 3.9mps, well over the allowable limit. Pinnock had two jumps as he sat out the other three.

Calabar High, with Kevroy Venson and Kimar Farquharson, secured their lone relay victory in the Boys' 4x800m Open, winning in a meet record 7:31.71, which erased the previous record of 7:32.71 set by St Jago High in 2017.

Calabar High had another victory on the day as Andrew Button took the Men's Pole Vault Open with 4.00m, beating KC's Andwele Shurland with 3.80m. Calabar's Renaldo Savoury finished third with an effort of 3.70m. 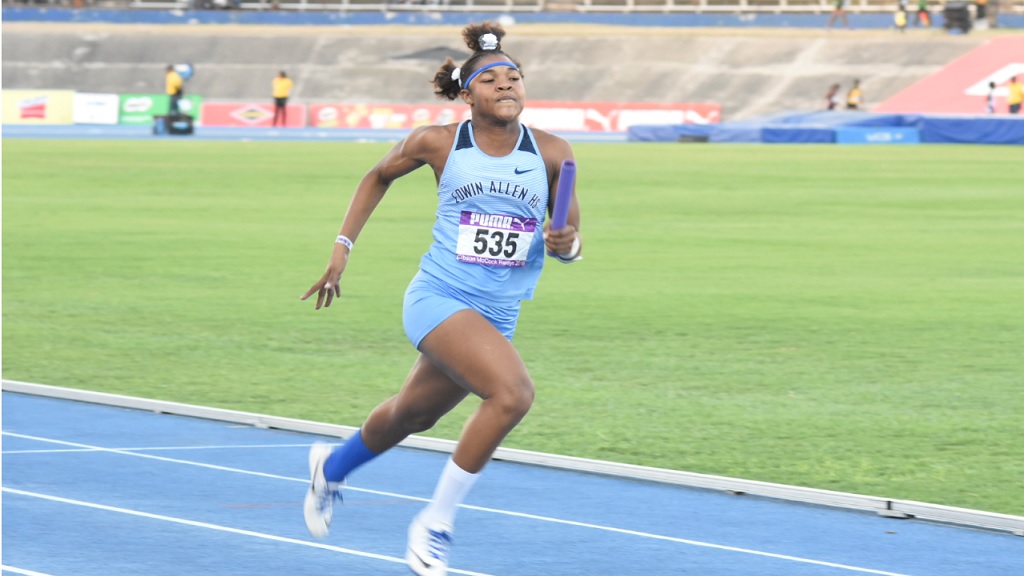 Edwin Allen High secured their three victories in the 4x100m relays and the 4x800.

Edwin Allen won two of the Girls’ 4x100m relays. The Michael Dyke-coached team, as expected, won the Class 2 and Class 3 finals, both in meet record times.

In the Girls’ Class 2 4x100m final, Edwin Allen with Kevona Davis won in 44.75 seconds,  a time which erased the previous meet record of 45.01 held jointly by Edwin Allen and Vere Technical High.

Edwin Allen High’s high powered Class 3 4x100m team with the Clayton twins, Tia and Tina,  then smashed its 2018 meet record time of 44.76 by posting an impressive 44.59 seconds for the victory.