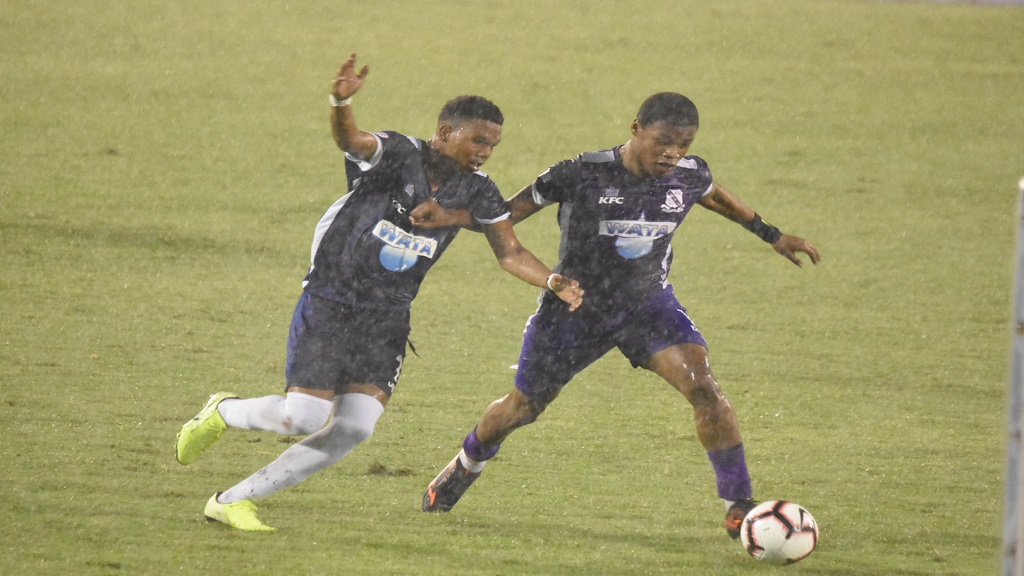 Photo shows action in the rain during second half play in the ISSA all-island Champions Cup semi-final game between Kingston College and Jamaica College at the National Stadium on Saturday, November 16, 2019. (PHOTOS: Marlon Reid).

Oquassa Chong booted his spot-kick over the crossbar as Kingston College (KC) beat Jamaica College 3-2 on penalties at the National Stadium on Saturday night to reach the ISSA all-island Champions Cup final, where they will play Clarendon College.

The dreaded penalty kicks were used to separate the teams after they battled to a 1-1 draw at the end of regulation time in a game where the second half was played in heavy rain.

JC, which forced the game into penalty kicks by cancelling out KC’s lead seven minutes from full time, were in the driver’s seat after the North Street-based school had missed its first two spot-kicks. JC's goalkeeper Tarique Barrett saved Luis Watson's spot-kick and Christopher Pearson skied his effort.  However, KC fought back as Tyreese Williams, Ajay Stewart and Michael Allen scored the last three spot-kicks to snatch victory and qualified for their second Champions Cup final.

KC got back into the game after JC's Nikache Murray hit the woodworks with their second penalty kick, while goalkeeper Hasani Barnes, who was brought on for the penalties, saved the third spot-kick taken by Richard Thompson.

Chang had a chance to push the game into sudden-death penalties but failed to give his team that opportunity.

Earlier, Demario McCarthy handed KC a well-deserved lead on the stroke of half time after the Ludlow Bernard-coached team dominated play through Ronaldo Robinson and Dwayne Atkinson on the flanks.

JC improved their play in the second half, which was marred by heavy rain, and found the equaliser from a Shadane Lopez's header.

With the victory, KC improved their unbeaten record this season to 18 games across the ISSA/Digicel Manning Cup, where they are defending champions, and the Champions Cup.  The 18 games comprised 17 victories and a draw.

Both JC and KC are former winners of the Champions Cup.

JC won the inaugural title in 2014 when the competition was called Super Cup before it was rebranded in 2018 to Champions Cup; while KC took the title in 2017. 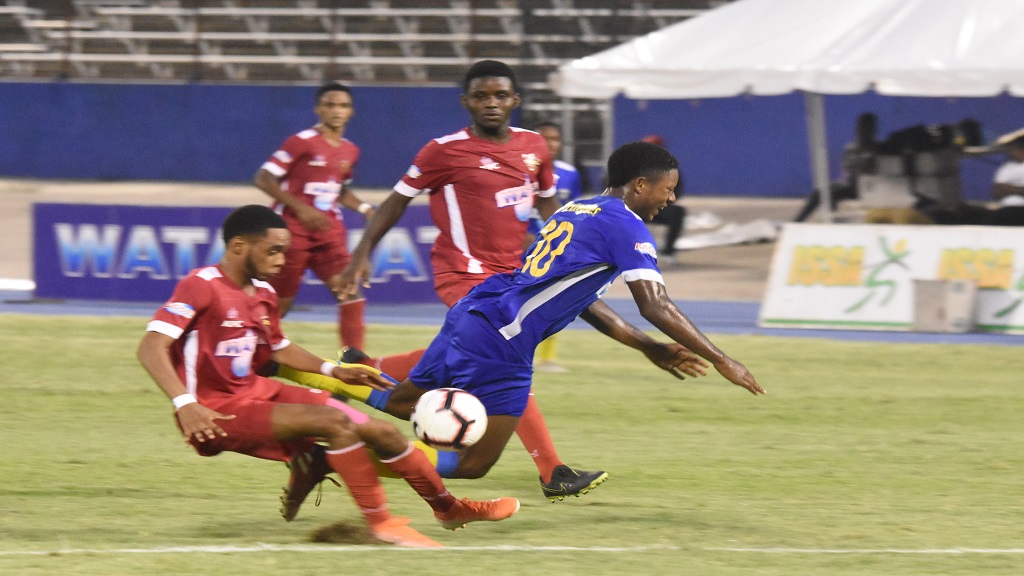 In the first semi-final, Clarendon College defeated defending champions Cornwall College 3-0 to secure their spot in the final.

All three goals came in the second half following an interesting first half where Cornwall College did well to match their more fancied opponents.

Top marksman Rodrick Granville led Clarendon College with a brace, while Tahjay Williams completed the job in the 89th minute to push the Lenworth Hyde-coached team into its first Champions Cup.

Granville scored his first goal in the 53rd minute and completed his double in the 68th minute.

With the victory, Clarendon College stretched their unbeaten record to 15 games across the daCosta Cup competition, where they are the defending champions, and the Champions Cup.