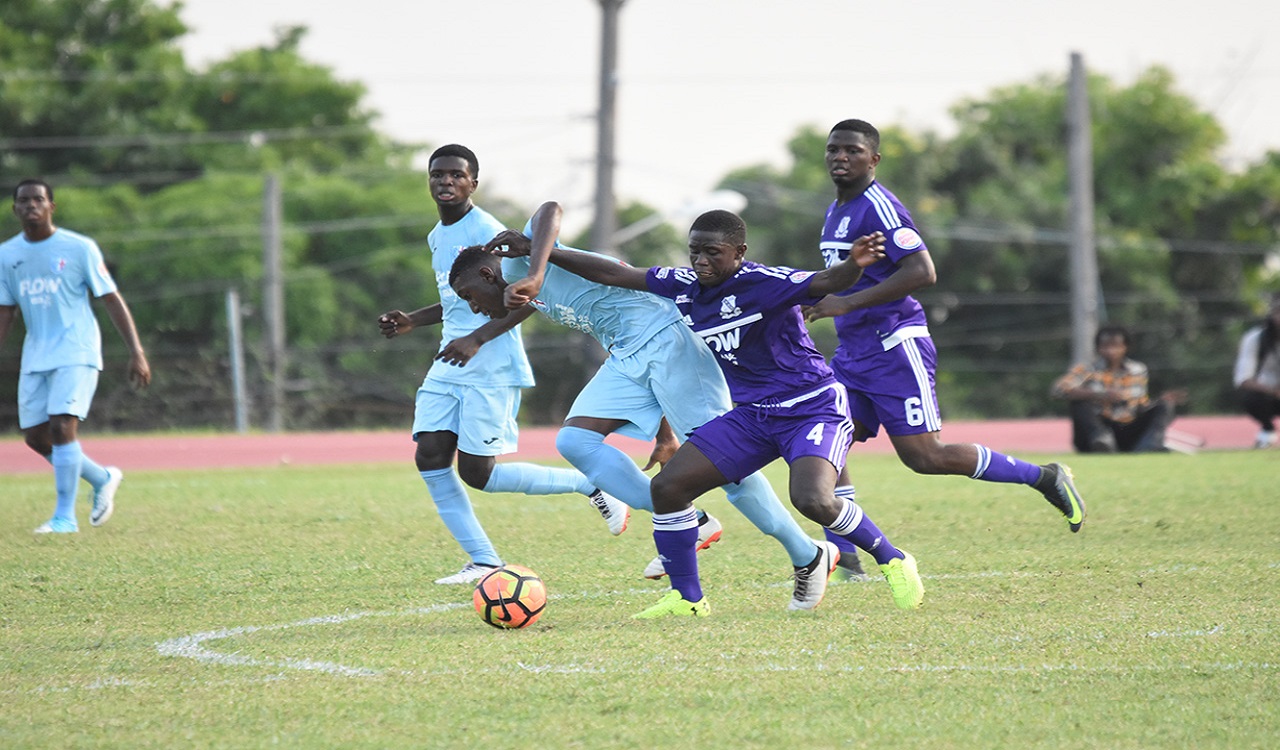 JC became the first team to book their spot following a 3-1 victory over St Catherine High in the opening game of a double-header at the Stadium East field.

In the second match at the venue, KC defeated North Street rivals St George's College 2-1 in extra-time; while over at the Constant Spring field STATHS defeated Holy Trinity 5-4 on penalties after a 1-1 scoreline at the end of full time and extra time.

STATHS will face KC in one of the semi-finals, while JC will play either Bridgeport High or Calabar High in the other semi-final.

Bridgeport High and Calabar are set to do battle on Thursday in the other quarter-final match.

Over at the Stadium East field, KC took the game to St George's College in the early stanza and opened the scoring in the ninth minute through captain Javain Brown, who headed in a corner from Renato Campbell.

The 'Light Blues' kept themselves in the game and fought hard, and were duly rewarded with an equalizer In the 21st minute when Akeem Robothom slotted home after a miss clearance from Brown, who had given his team the lead earlier.

Both teams could not separate themselves until stoppage time and it was KC, which got the game winner in the 98th minute when Dwayne Atkinson slotted home to send the large KC crowd into raptures.

It was a bitter sweet victory for KC, which had lost to their neighbours in the pre-season Roper Cup.

“It was a good win for the team, it wasn’t our best game but we managed to pull off the win," said coach Ludlow Bernard.

Assistant coach  of St George's College Marcel Gayle had high praises for his team despite the loss.

“We played our hearts out and it was unfortunate that we didn’t get the win today," he said.

Apart from qualifying for the Walker Cup semi-finals, KC, JC and STATHS have also earned the right to contest the ISSA.FLOW Super Cup.