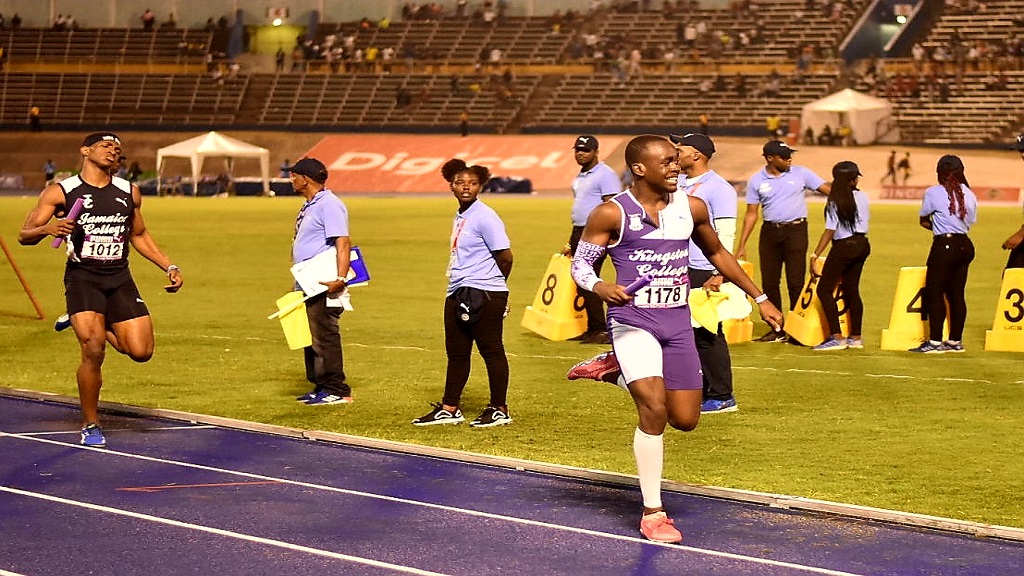 Kingston College (KC) and Edwin Allen High dominated the 44th staging of the Gibson McCook Relays at the National Stadium on Saturday night.

North Street-based KC won five of the 11 relays on the boys' side, while Edwin Allen High girls reeled off four victories from eight, a massive boost for the schools less than a month before the Boys and Girls' Athletics Championships where KC will be seeking a second straight title and 32 overall and Edwin Allen, their seventh straight girls' title and eight overall.

KC’s other victory in the sprint relays came in Class Two where Nkrumie Bouwahjgie anchored them to an easy win in 41.05 seconds. St Elizabeth Technical High School (41.51) and JC (41.61) finished second and third, respectively.

JC and Calabar won the other two 4x100m relays.

JC won the Class Three 4x100m relay in 43.51 seconds, the fastest time so far this year.  KC after a poor exchange on the first leg did well to get the better of Calabar High for second place but was later disqualified out of the race. Calabar High were awarded second place in 44.01, while Excelsior High got third in 45.26.

KC’s other three relay victories came in the 4x200m, where they won Classes Three and Four and the closing 4x400m open.

KC closed out their dominance on the night with the fastest time this season in the Boys’ 4x400m open relay to win the event for the third straight year.

JC had entered the final after registering 3:10.69 in the heats, the fastest time this season. However, KC, anchored by St Lucian Michael Joseph, responded in the final by clocking 3:09.70 to easily turn back the challenge of JC, which finished second in 3:10.59. Calabar High did well to finish third in 3:10.96. 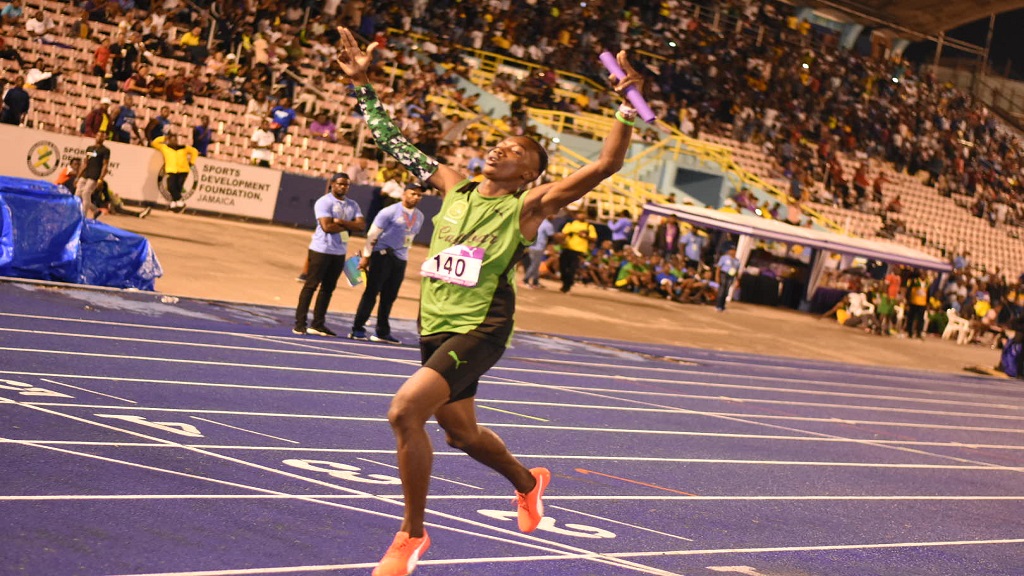 Kimar Farquharson of Calabar High celebrates after guiding his team to an easy victory in the Boys' 4x800m open relay.

Calabar High had two relay victories. Apart from their close win over KC in the Class Four 4x100m relay, Calabar High, with Boys’ Championships Class One 800m record holder Kimar Farquharson on the anchor leg, easily won the 4x800m open relay in a new meet record of 7:29.04. The previous record was 7:31.71 and was also held by the Red Hills Road-based school.

Earlier, Andwele Shurland of KC won the men's pole vault open by clearing 4.10m. It was a one-two finish for KC as Jafar Moore finished second with an effort of 3.60m. 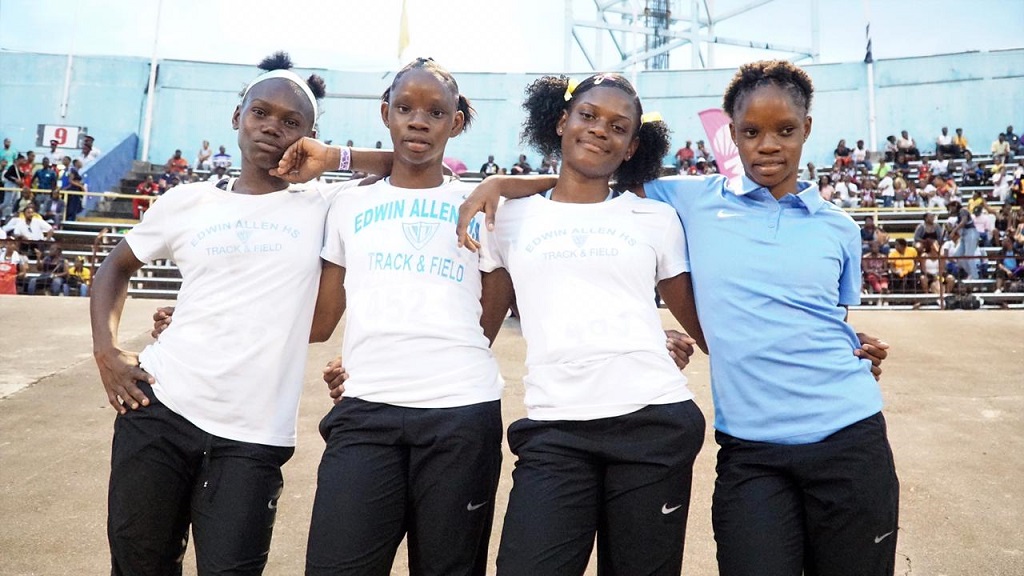 On the girls’ side, two of Edwin Allen High’s victories came in the sprint relays where the Class Two 4x100m quartet of Serena Cole, Tina Clayton, Brandy Hall and Tia Clayton continued their smashing season. They demolished the field to win in another astonishing time of 43.73 seconds. Holmwood Technical were a distant behind in second place in 45.18, while St Jago High finished third in 45.78.

The previous Gibson-McCook Relays record for the event was 44.75, set in 2019, also by Edwin Allen High.

Earlier, star athlete Kevona Davis ran a brilliant leg on the backstretch to set up an easy victory for Edwin Allen High in the Class One 4x100m relay.  Edwin Allen clocked 44.70 seconds for the victory, well ahead of St Jago High (45.09) and Holmwood Technical (45.38), which finished second and third, respectively. Hydel High, without star athlete Ashanti Moore, could only manage fourth in 46.54.

In the Girls’ Class Four 4x100m relay, St Jago High easily turned back Edwin Allen to win in a superb 47.28 seconds, not far outside the meet record of 47.23 set by Hydel High in 2017. Edwin Allen High clocked 47.97 for their second place, while Vere Technical High finished third in 48.96.

Holmwood Technical also visited the winners’ enclosure on the night as their 4x400m relay open team, with the impressive Kavea Francis on the anchor leg, easily won in 3:37.16 and will be hard to be at the Boys and Girls’ Athletics Championships. Edwin Allen High (3:38.12) and St Jago  High (3:40.51) finished second and third, respectively.