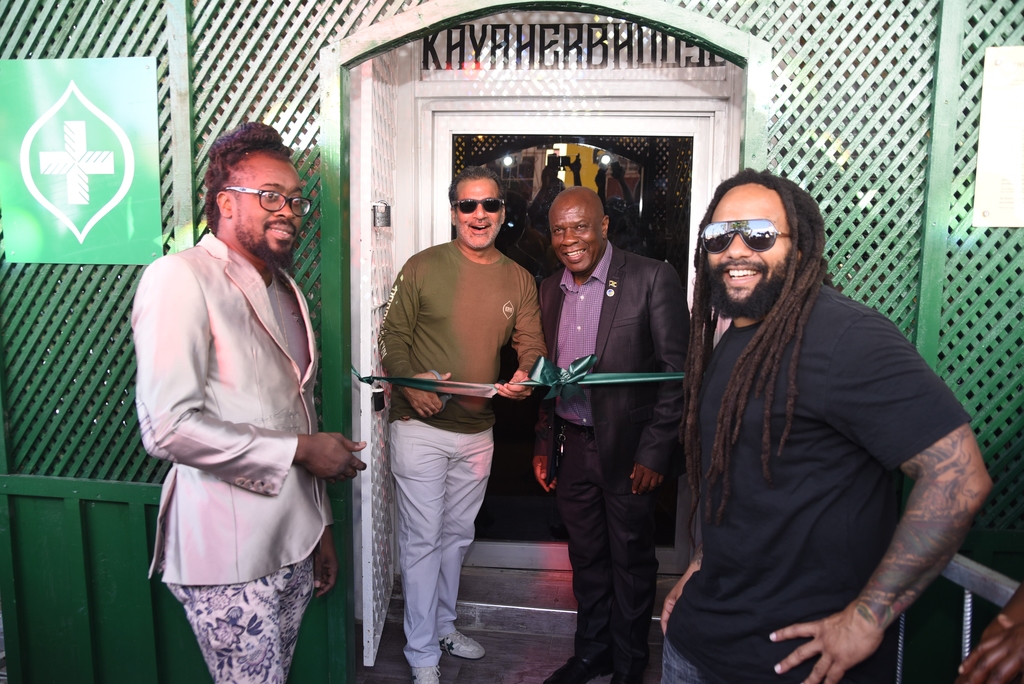 The $33 million investment which, according to the Chairman, Balram Vaswani, was a “natural succession”, represents Kaya’s commitment to not just growing the tourism product in the town of Falmouth but also to building the local community.

“Falmouth represents a perfect balance between both locals and tourists, so it was natural for us to expand here,” Vaswani said.

Vaswani, also called Kaya’s ‘Chief Ganja Officer’, believes that Jamaica has the potential to be a major player in the health tourism industry with the help of medical marijuana.

Stating that it usually takes about 90 days to evaluate reactions to traditional medicines such as pills, he says that tourists exploring medical marijuana may similarly need extended stays to facilitate treatment.

This he says, could only bolster Jamaica’s tourism revenue.

However, unlike many businesses which have taken advantage of the growing influx of overseas visitors, they have chosen to open their doors in the middle of the town making it accessible to the local community as well.

“This is something that has been built by the locals, it’s been in our culture and it’s something that should be available for everyone. Our main priority was to find a location that would also add diversity and options to that particular community,” Vaswani shared. 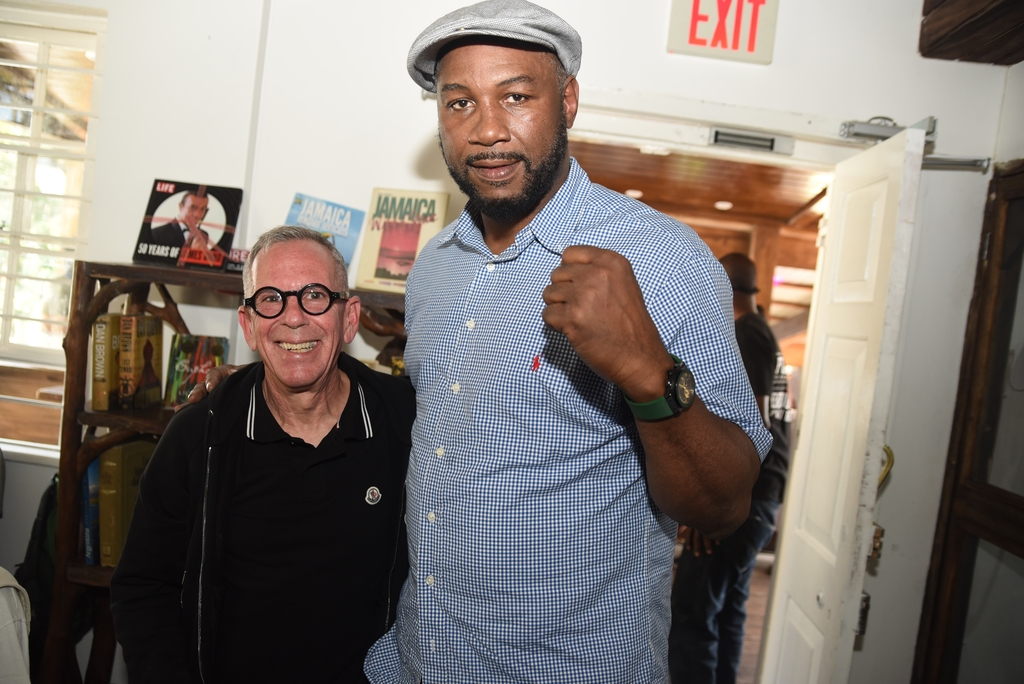 Lorne Gertner (left), a director at Kaya pose for a photo opp with retired boxer Lennox Lewis at the herb house opening.

At this new location, Kaya will be home to the first coffee shop, the first pizzeria and the first organic juice bar in the town. Additionally, the company will be focusing its corporate social responsibility efforts on youth development and has partnered with the Elleston Wakeland Community Centre nearby.

Kaya, with the help of longtime Falmouth resident, Ky-Mani Marley plans to see to the diversification of activities offered at the community centre.

“We want to get the kids off the streets so Kaya and all of us want to provide as many opportunities as possible for the youth, beyond football.  We’re introducing tennis, boxing and ensuring a computer lab is available for those who need it,” said Marley.

And His Worship, the Mayor of Falmouth, Colin Gager who was also in attendance at the opening ceremony, expressed joy at what he calls “a long-awaited investment in the town” and great anticipation for the business to be generated for local stores as well. Gager shared that this investment in Falmouth has been long overdue.

“When visitors come out of their way to get here they’ll be exposed to other local stores too.  That is what we have always wanted, something to attract visitors to the town of Falmouth.”

The company is looking to open locations across the island in future and has committed to using a model that works well for tourists and locals and is beneficial to all.