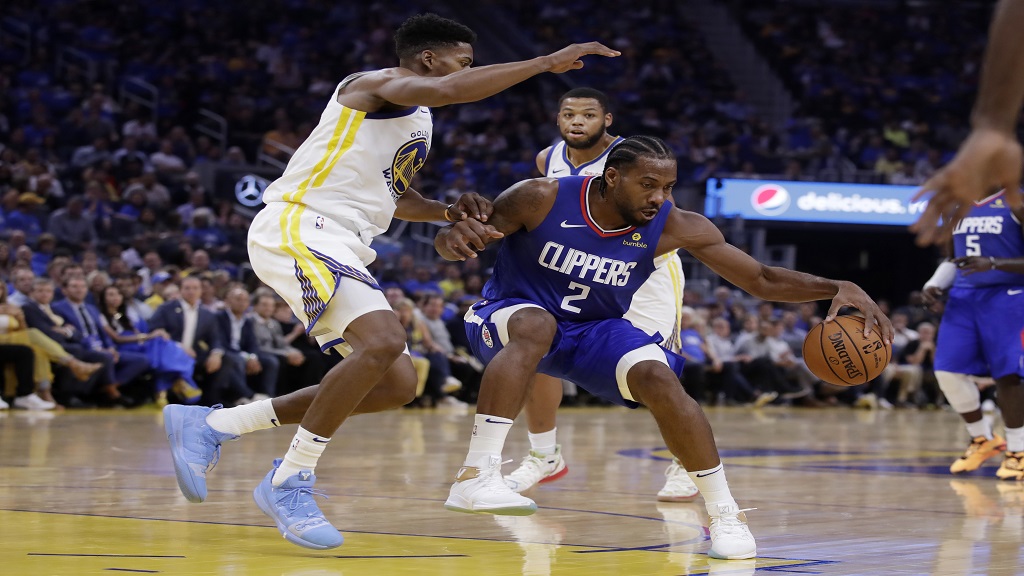 After 47 years at Oracle Arena in Oakland, the Warriors relocated to neighbouring San Francisco in the offseason.

But their first competitive game in San Francisco did not go according to plan following Thursday's 141-122 loss to the Clippers.

Even without Paul George, the Clippers looked great on both sides of the court as Leonard, Lou Williams and Patrick Patterson all finished with 20 or more points to preserve Los Angeles' perfect start after two games.

Stephen Curry and D'Angelo Russell were good for the Warriors, but Russell did not do much after scoring the Warriors' first 10 points and Curry struggled shooting the ball throughout the game, going two of 11 from three-point range.

Antetokounmpo – the first player since Oscar Robertson in 1966 with a 30-point triple-double in a season opener – finished with 30 points, 13 rebounds and 11 assists as the Bucks overcame a 16-point halftime deficit to beat the Houston Rockets 117-111.

Every single Milwaukee starter finished in double digits in scoring, while Russell Westbrook led the Rockets with 24 points and 16 rebounds in his Houston debut.

Trae Young had 38 points, nine assists and seven rebounds in the Atlanta Hawks' 117-100 win over the Detroit Pistons.

Cam Reddish's rookie year is off to a tough shooting start. He scored one point on 0-of-six shooting, including 0 of five from three-point range. He did have seven rebounds, though.

James Harden scored 19 points, but the Rockets star went two-of-13 shooting in the loss to the Bucks.

Harden and Westbrook look like they will at least be fun together in Houston.

Two teams that added big pieces this offseason face off in Los Angeles on Friday. Mike Conley joins Donovan Mitchell in the Utah Jazz's backcourt, while Anthony Davis teams up with LeBron James and the Lakers. And that is not even the half of it as Danny Green, Bojan Bogdanovic (who may be hurt), Quinn Cook and Dwight Howard are all finding their way with new teams.