Kawhi and George will stay as long as Clippers win – Lue 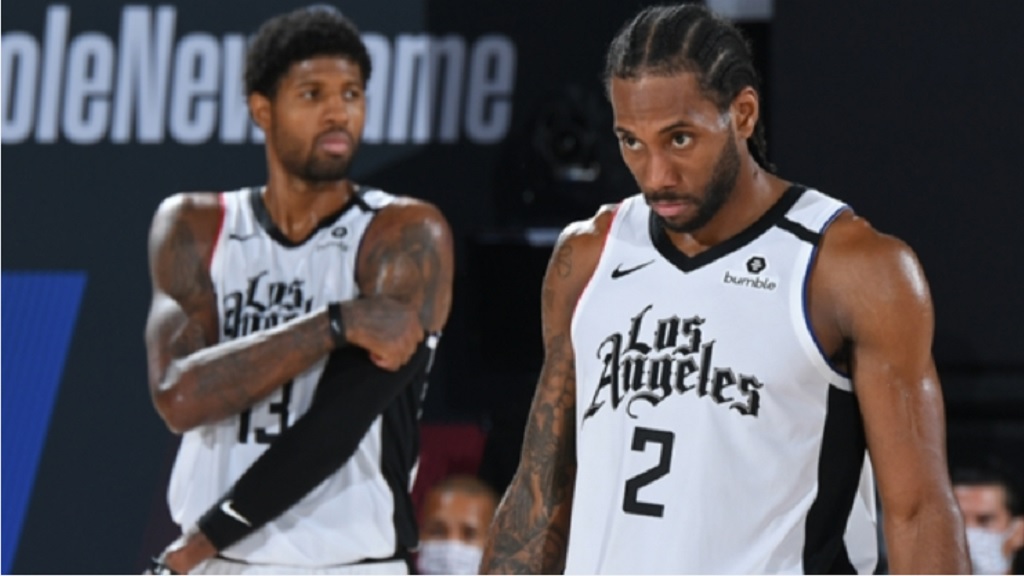 Tyronn Lue believes star duo Kawhi Leonard and Paul George will remain with the Los Angeles Clippers for a "long time" if championships are won as the new head coach embraces pressure of success.

Lue will lead the Clippers in 2020-21 after replacing Doc Rivers following the team's stunning Western Conference semi-final exit in the NBA playoffs.

The Clippers were one of the favourites to claim their maiden title following the arrivals of Leonard and George but squandered a 3-1 lead against the Denver Nuggets at Walt Disney World Resort amid the coronavirus pandemic.

After going all-in to build a super team to outshine LeBron James and the Los Angeles Lakers – who reigned supreme in the Orlando bubble – pressure will again be on the Clippers to deliver a championship as time runs out.

"Any time you have a chance to win a championship, it's pressure," Lue told ESPN's 'The Jump' in an interview to be aired Thursday.

"And, I think Kawhi, PG are here to stay for a long time. We just gotta make it a great environment and we have to win."

Lue fronted the media for the first time since being appointed, stepping up to fill Rivers' void having served as an assistant for the Clippers in 2019-20.

The 43-year-old Lue guided the Cleveland Cavaliers to their first championship in 2016 – a team headlined by James.

The 2019-20 campaign was the ninth consecutive season the Clippers finished with a winning record (49-23) but failed to reach the Conference finals – the longest streak of its kind in NBA history, per Stats Perform.

"I think when you talk about chemistry and continuity, it is not off the court, the guys not liking each other," Lue told reporters on Wednesday.

One of the Clippers' biggest strengths is their bench, averaging over 50 points per game in each of the past two seasons – the only times any team has done that in the past 35 years.

But in the playoffs this past season, the Clippers relied much more heavily on their starters as their bench averaged only 36.5 points per game in the postseason.

With the Clippers built to win now, their ageing roster also presents a problem. They are one of the oldest teams in the league, fourth and only behind the Houston Rockets (30 years, 179 days), Milwaukee Bucks (29 years, 321 days), and Lakers (29 years, 201 days) with an average of 28 years and 153 days.

"Leadership is different," Lue said. "You can talk about our two players, Kawhi and PG, they lead by example ... And you are not going to have the best players be the natural leaders at all times. It doesn't happen like that. I think a lot of leadership has to come from me, has to come from Kawhi, PG, Lou, and Pat Beverley. It's going to be collective.