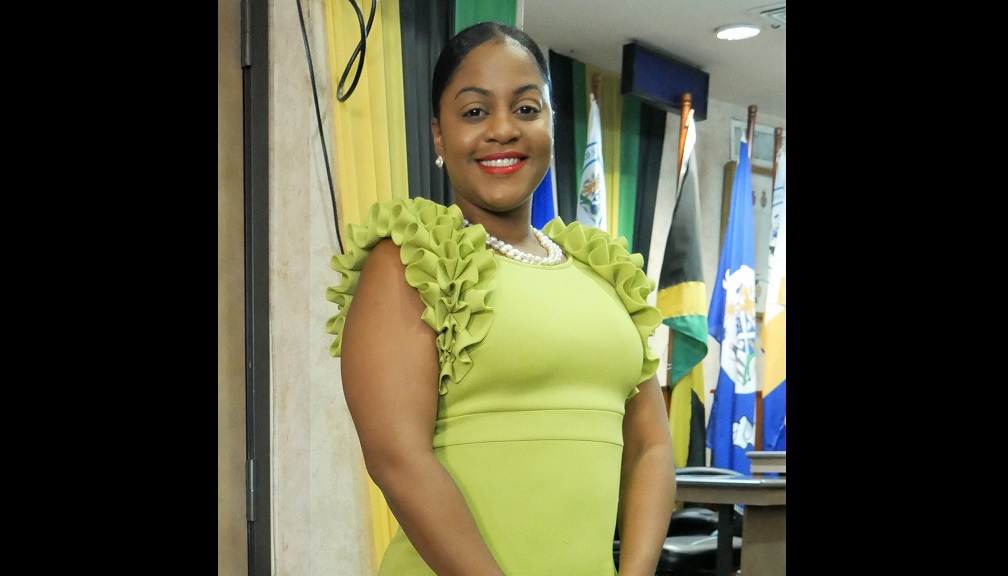 Kari Douglas was all smiles after her appointment as deputy chairman of the Building and Town Planning Committee of the Kingston and St Andrew Municipal Corporation last week. (Photos: Luke Douglas)

Kari Douglas was last week appointed deputy chairman of the Building and Town Planning Committee of the Kingston and St Andrew Municipal Corporation (KSAMC), but not before a standoff between councillors on both political sides over the procedure for her appointment.

Douglas recently made waves on the political scene when she crossed the floor of the municipal corporation, resigning from the minority People’s National Party (PNP) to become a member of the governing Jamaica Labour Party (JLP).

Chairman of the Council and Mayor of Kingston, Delroy Williams at Monday's meeting of the KSAMC submitted a letter of resignation as chairman of the Building Committee to make way for veteran councillor Lee Clarke to be appointed chairman and Douglas as deputy chair.

Mayor Williams said he expects Douglas to lead the dialogue with residents of the municipality in the area of development and planning. 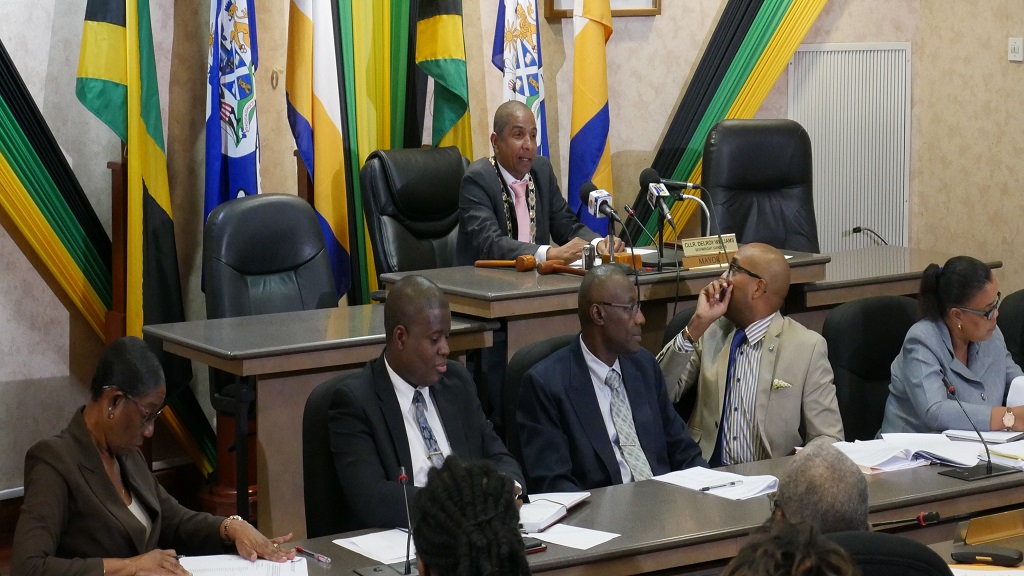 Kingston Mayor Delroy Williams makes a point in discussion during last week's meeting at the KSAMC.

However, minority leader Andrew Swaby objected to Douglas’ appointment, arguing that, because she switched sides to the JLP, she automatically was no longer a member of the Building Committee. Swaby explained that, when the Committee was formed in 2017, each political party was allocated a number of members. He said, with Douglas resigning from the PNP, it should automatically mean the PNP was short one person on the Committee, and as such the party should have the right to appoint a new member.

“You cannot appoint someone (as deputy chair) who is not a member of the Committee. You must do it the right way. You must follow the rules,” Swaby said of Douglas’ appointment.

But Mayor Williams countered that, although Douglas was appointed a PNP member, the Council could not force her to resign from the Committee.

Swaby later told Loop News that he had no problem with Douglas’ appointment, but rather how it was done.

"I’m simply saying the mayor should have resigned first as a member, thus allowing (Douglas) to be a member, then she could be appointed deputy chair.”

At the meeting, two new members from the minority side were named to the Committee, namely Eugene Kelly and Neville Wright. They replaced Douglas as well as Dennis Gordon, who resigned from the Committee in July last year.

Speaking to Loop News after the meeting, Douglas said her professional experience with the Committee’s work, and having served on the board of the Town and Country Planning Authority, provided her with much experience for her new role.

“As part of the leadership of the Committee, it gives me greater authority to collaborate with leaders in the industry, with the Mayor and other stakeholders to implement our plans and to update existing policies for how the city will look in the future in terms of planned development,” she said.

She said the existing planning policies and local sustainable development plans were in need of an urgent upgrade.

“The local sustainable development plans is an area that has been neglected for some time. The enforcement of building and planning breaches is a concern of many residents of the city who feel that the authorities have not been as firm in how we have executed our ability to enforce over a period of time," said Dougas, who is a land economist and valuation surveyor by profession.