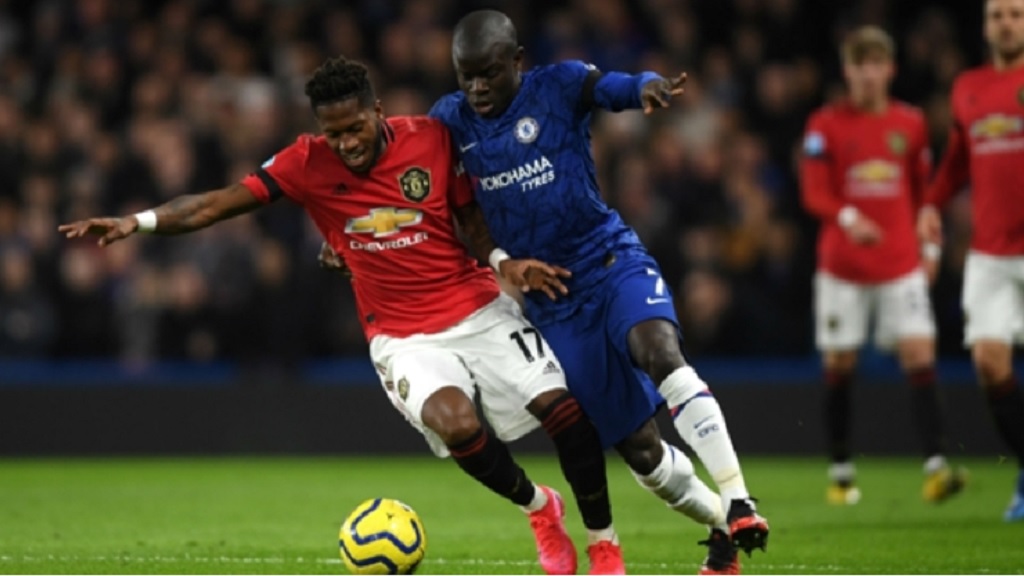 N'Golo Kante is set to miss up to five games during a vital spell in Chelsea's season as Frank Lampard's side prepare to host Jose Mourinho's Tottenham on Saturday.

Midfielder Kante has suffered several injury setbacks this season, the latest of which came when he was forced off after just 12 minutes of the defeat to Manchester United on Monday.

Blues boss Lampard confirmed a "muscle injury" for the Frenchman, putting his recovery at around three weeks, which would rule Kante out of the home Champions League tie against Bayern Munich, as well as the visit of Liverpool in the FA Cup and three Premier League fixtures.

"N'Golo is not fit. It's a muscle injury, similar to the one he came off against Arsenal [on January 21] with," said Lampard.

"It should hopefully be three weeks."

The news will come as a bitter blow for Chelsea, whose loss to United left them looking increasingly vulnerable in fourth spot.

Indeed, this weekend's visitors would overtake them with a win as former Stamford Bridge favourite Mourinho seeks a victory on his latest return to west London.

Lampard won two Premier League titles under Mourinho at Chelsea but does not see their personal duel as being pivotal in the outcome of a match that could have a big say in who qualifies for the Champions League.

"Our relationship changes," said Lampard. "I wished him well when he got the job and he wished me well. We are amicable but we want to win.

"I have got respect for him but I am not considering the personal battle between me and him. I am just trying to win the game."

The ex-England midfielder described the 2019-20 season as a "transitional" one for Chelsea and insisted injuries had made progress tougher.

Asked if missing out on the Champions League would represent a failure, Lampard said: "That is for everyone else to judge. The injuries have been a big issue. What we do know is we are in fourth and we have it in our hands. It is going to be tough. Teams around us are strong.

"This season is a transitional year, and fans appreciate that. Not many teams have had our injuries. Kante has played 50 per cent of the games.

"The fans respect that and they see what we try to do. They will be there to support us. It is tight at the moment and we need the fans behind us. The players will give everything."