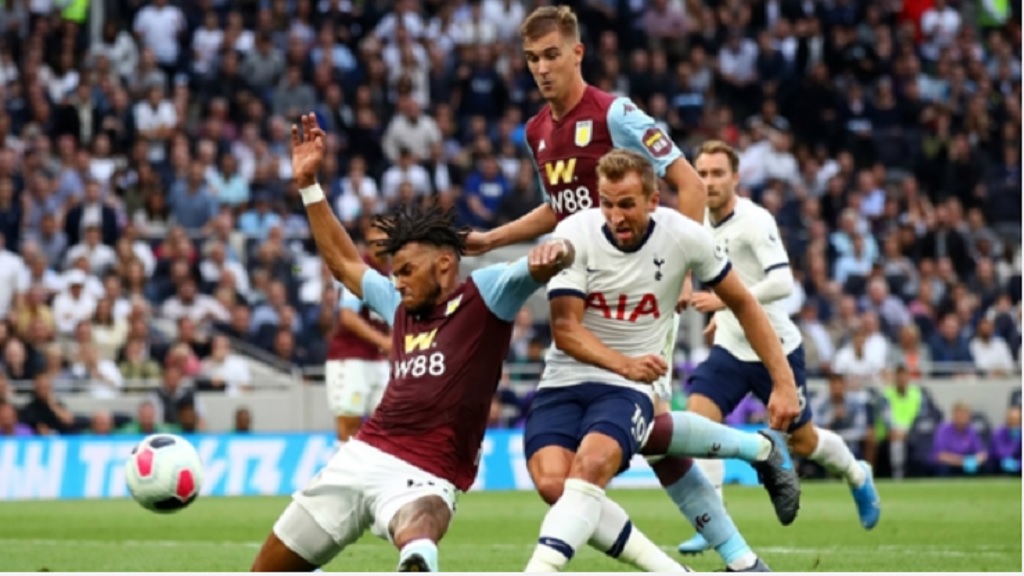 John McGinn's ninth-minute goal seemed set to mark Villa's return to the top flight in style, with Champions League finalists Spurs – playing without the benched Christian Eriksen for over an hour – struggling to break down Dean Smith's side.

Eriksen's introduction sparked urgency into Tottenham's attack and, after Tom Heaton had made a fantastic stop to deny Davinson Sanchez, Ndombele slammed home a brilliant equaliser at the Tottenham Hotspur Stadium.

Another terrific Heaton stop kept Eriksen at bay, but Villa's resistance was ended when Kane capitalised on a mistake from Jack Grealish before excellently tucking in his second to add gloss to a hard-fought win.

Villa's defence struggled to cope with Lucas Moura's movement in the early stages and the former Paris Saint-Germain forward should have done better with a free header he directed straight at Heaton.

After Kane headed over before half-time, Moussa Sissoko was the next to let Villa off the hook, lashing wildly at a close-range strike.

But Spurs' equaliser finally came with 17 minutes remaining - Ndombele curling in a wicked first-time strike, which looked as though it brushed off Tyrone Mings en route to the back of the net, after Heaton had pulled off a fine save from Sanchez's header.

Heaton prevented Eriksen capping a superb cameo with a goal soon after, but Villa's defence could not hold on, and Spurs hit the front with four minutes remaining as Kane slotted in following sloppy play from Grealish.

Spurs were not finished there, however, and Kane helped himself to a well-taken second to make for a scoreline more comfortable than Tottenham's wasteful display warranted.