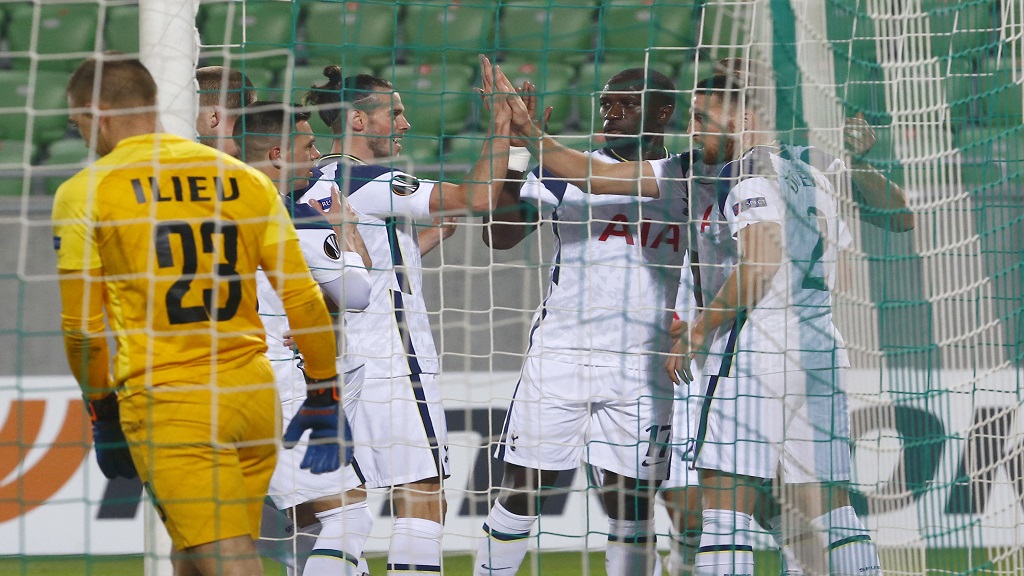 Harry Kane scored his 200th goal for Tottenham in a 3-1 away victory over Ludogorets in the Europa League on Thursday, while 10-man Benfica came from two goals down to draw 3-3 with Rangers after an equaliser in injury time.

After Tottenham’s 1-0 loss against Royal Antwerp last week, manager Jose Mourinho started Kane for the first time in the competition.

In his 300th appearance, Kane needed just 13th minutes to put his team ahead by heading home a corner from Lucas Moura.

It was Kane’s first goal in the group stage of Europe’s second-tier competition this season after another five in the qualifying.

Kane scored his first Tottenham goal in this competition against Shamrock Rovers in 2011.

Lucas doubled the lead 20 minutes later. Kane collected a pass from Gareth Bale before setting Lucas up with a pass from the right to net from close range.

Kane was substituted at halftime and replaced by Carlos Vinicius.

Claudiu Keșerü pulled one back for Ludogorets in the second before Giovani Lo Celso finished it off.

Tottenham have six points from three games to join Antwerp atop Group J. The Belgian side played LASK later Thursday.

With Rangers leading 3-1, Rafa Silva started the comeback for Benfica by pulling one back in the 77th minute before Darwin Nuñez collected a through ball to equalise in stoppage time.

Rangers had not conceded a goal in the competition but went behind after just one minute. Silva broke down the right before cutting back a pass that Connor Goldson deflected into his own net.

Benfica looked in control before centre back Nicolás Otamendi received a straight red card in the 19th minute when brought down Ryan Kent, who had only goalkeeper Odisseas Vlachodimos to beat.

Rangers equalised five minutes later, in a similar fashion to the opening goal. James Tavernier crossed from the right and Diogo Gonçalves blasted the ball high into his own goal.

Just a minute later, Glen Kamara put Rangers ahead with a goal from the edge of the area.

Six minutes into the second half, Alfredo Morelos tapped in a precise cross from Tavernier to double the lead.

Lech Poznań earned their first win in the group, 3-1 over Standard Liège.

Borja Mayoral scored two goals and Henrikh Mkhitaryan, Roger Ibañez and Pedro Rodríguez added one each for Roma against Cluj in Group A.

With five players sidelined with the coronavirus, Slavia Prague won 3-2 over Nice for their second straight victory in Group C, Slavia, where Leverkusen also won 4-2 at Hapoel Beer-Sheva.

Granada lead Group E with seven points after a 2-0 away win against 10-man Omonoia. PAOK are two pints back after a 4-1 victory over PSV.

Cristian Portu scored a second-half goal to give Real Sociedad a 1-0 victory over AZ Alkmaar, putting both teams on six points in Group F. Napoli also have six points after coming from a goal down for a 2-1 away win against Rijeka.