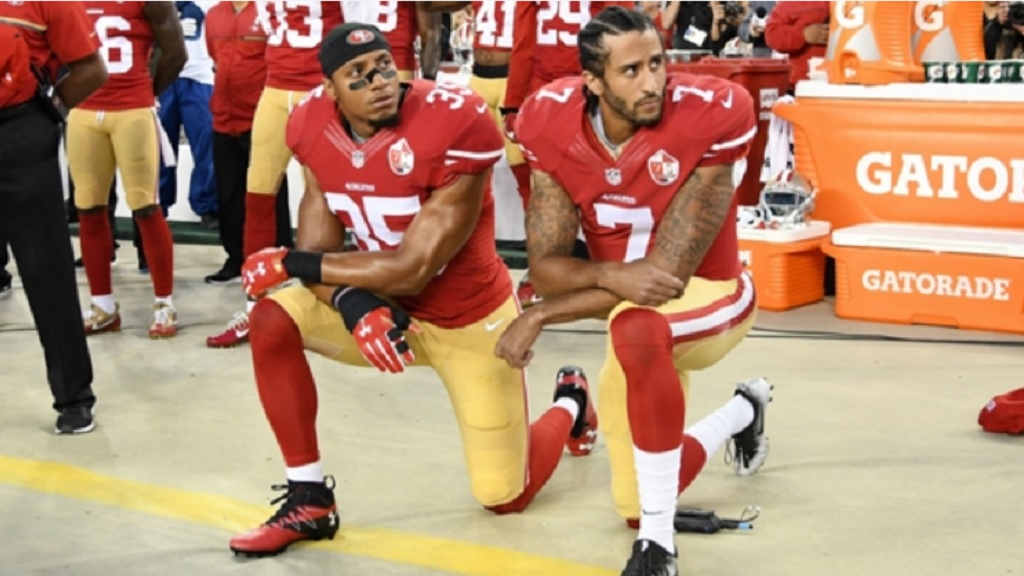 After months of ongoing conversations around Colin Kaepernick and Eric Reid's grievances filed against the NFL, all sides have reached an agreement.

Kaepernick and Reid's final hearings were scheduled for this month, but the settlement was reached before final evidence was presented to arbitrator Stephen Burbank.

The NFL released a joint statement on Friday, revealing grievances have now been resolved.

“For the past several months, counsel for Mr. Kaepernick and Mr. Reid have engaged in an ongoing dialogue with representatives of the NFL.” the statement said.

“As a result of those discussions, the parties have decided to resolve the pending grievances. The resolution of this matter is subject to a confidentiality agreement so there will be no further comment by any party.”

It was reported Kaepernick had withdrawn his collusion complaint against the NFL, noting that the former San Francisco 49ers quarterback would only withdraw "if a lucrative settlement was secured."

The NFL Players Association (NFLPA) also acknowledged the two sides had settled and said the organisation "support(s) the decision by the players and their counsel."

"Today, we were informed by the NFL of the settlement of the Colin Kaepernick and Eric Reid collusion cases.” An NFLPA statement said.

“We are not privy to the details of the settlement, but support the decision by the players and their counsel. We continuously supported Colin and Eric from the start of their protests, participated with their lawyers throughout their legal proceedings and were prepared to participate in the upcoming trial in pursuit of both truth and justice for what we believe the NFL and its clubs did to them.

“We are glad that Eric has earned a job and a new contract, and we continue to hope that Colin gets his opportunity as well.”

In 2016, Kaepernick became the first player to take a knee during the national anthem in protest against social and racial inequality.

He filed his grievance against the NFL in October 2017 as part of the league's collective bargaining agreement. His former San Francisco team-mate, Reid, filed a similar grievance in May.

Reid signed with the Carolina Panthers to start the 2018 season, and recently signed a three-year deal, while Kaepernick remains a free agent.