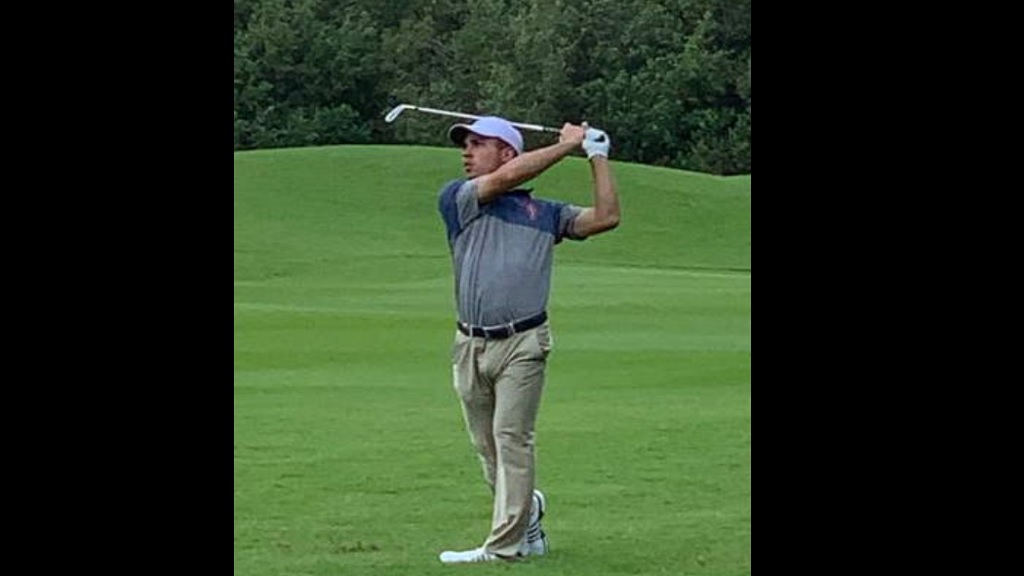 Burrowes'  four-over-par 75 had him tied for 38th place on the leaderboard with a total score of 153 at the end of the second day.

He started the day at hole number 10 and posted one birdie and two double bogeys to end the back nine on three over par 38.  He fared better on the front nine where he sent down another birdie and two bogeys for a one-over-par 37.

Burrowes was happy to make the cut.  "Fortunately I made the cut.  Yesterday my driving was a bit shaky. Driving on this golf course is definitely at a premium.  I was able to drive the ball much better today and it reflected in my score.  Today was probably tougher than yesterday so I was pleased to improve my score and make the cut."

Having made the cut, Burrowes will continue to play the full four days.  The championship will end on Sunday.

His first-day score was seven over par 78 and that landed him tied for 47th on the leaderboard.

William Knibbs, the other Jamaica representative at the championships, missed the cut after he bogeyed the last three holes.

Knibbs shot 10-over-par 81 in the second round to end on 157 overall after shooting five-over-par 76 on day one.  He ended day one in 23rd place and was well set to make the cut but that was not to be.

"Obviously I was disappointed to have missed the cut but despite all of that there are a lot of positives that I took from it and a lot of good things that I learned from the experience," said Knibbs.

Colombia's Jose Vega is the new leader after posting scores of 74 on day one and six-under-par 65 on day two for a combined score of 139.

Day one leader, Ivan Camelo Rameriz - also of Colombia - dropped to fifth with a two-day total of 144.  He posted 76 on the day after getting 68 on the first day.

One hundred and six golfers started the championship on Thursday but that was halved after the cutline was effected at the end of day two.