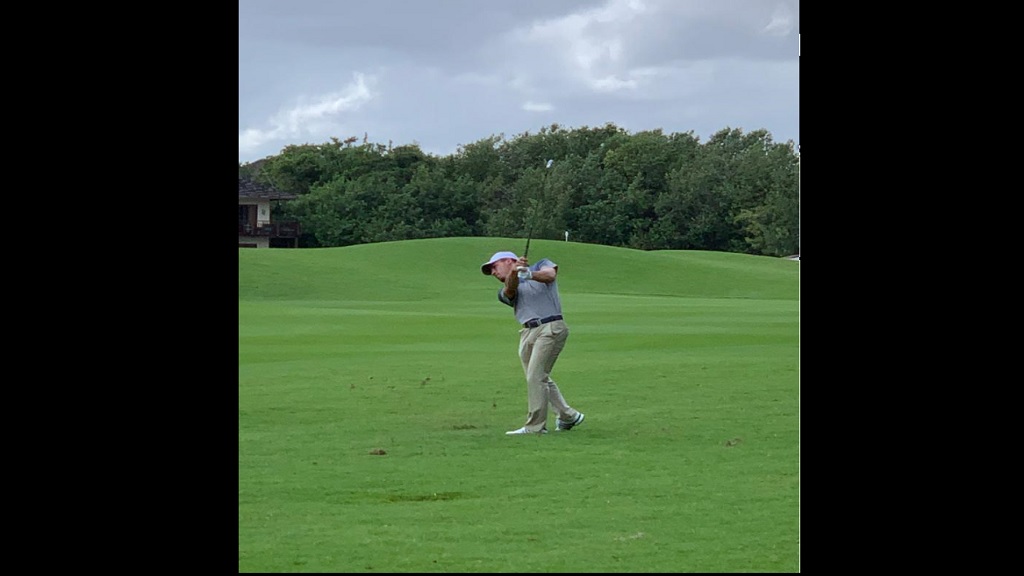 Jamaica's Justin Burrowes in action at the Latin America Amateur Championships in Mexico on Saturday.

Jamaica's Justin Burrowes, who made the cut at the end of the second day of the sixth Latin America Amateur Championships (LAAC)  at the Mayakoba's El Camaleon Golf Club in  Riviera Maya, Mexico, had his toughest round on Saturday.

He teed off at hole number 10 on the third and penultimate day and finished the back nine in a similar fashion as he did on the two previous days.  He posted three-over-par 38.  That included two birdies, three bogeys, and a double bogey.

It was a rough day for all the golfers in the competition as only two players posted under-par scores of one and two-under, while three players posted 12-over-par including Burrowes.

"Today was rough.  I just didn't make any puts and hit bad iron shots all day but there are a lot of positives, said Burrowes.  "Unfortunately, like winning may be a bit of a stretch right now but hopefully I can put in a good round tomorrow."

William Knibbs, the other Jamaican at the championship, did not make the cut at the end of Friday's second day.  He shot 10-over-par 81 in the second round to end on 157 overall after shooting five-over-par 76 on day one.  He ended day one at number 23.  On day two, he was well set to make the cut up to hole number 16 but that was not to be as he bogeyed the last three holes.

Colombia's Jose Vega, who shot atop the leaderboard on Friday, continues to lead the championship after posting one-over-par 72 on day three for a total three-day score of 211 or (or two-under-par).

Day one leader, Ivan Camelo Rameriz - also of Colombia - now occupies the third spot with a combined score of 216 or three-over-par.  He posted one-over-par 72 on the day.