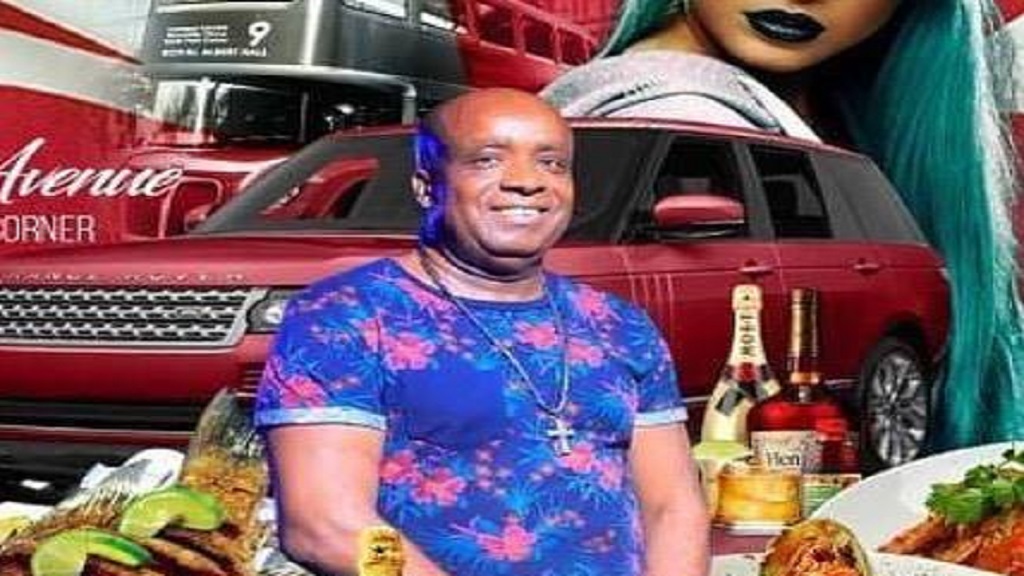 Unconfirmed reports are that the shooting was done by two bike riders who shot Clarke several times, with his body collapsing in a bloody pool under a red Range Rover jeep parked on Grove Road in Kencot, St Andrew.

In the late 1990s, Clarke was alleged to have been the leader of an international drug ring for many years, with him said to have led the outfit from his home in Sudbury, north London.

He was convicted at Snaresbrook Crown Court in June 2004 for producing, supplying and possessing crack cocaine.  Court documents alleged that he used women as ‘mules’ to smuggle the drug from the Caribbean to Britain.

Clarke was caught when a police raid yielded 51 kilograms of cocaine with a street value of £1 million.

Two of his accomplices were also jailed.

Clarke was sentenced to 13 years in prison, which was later slashed to 11 years after he appealed the sentence.

He led a lavish lifestyle with trademarks such as the burning of £50 notes, leaving price tags on £10,000 designer suits, and wearing expensive gold jewellery.

Clarke returned to live in Jamaica several years ago.