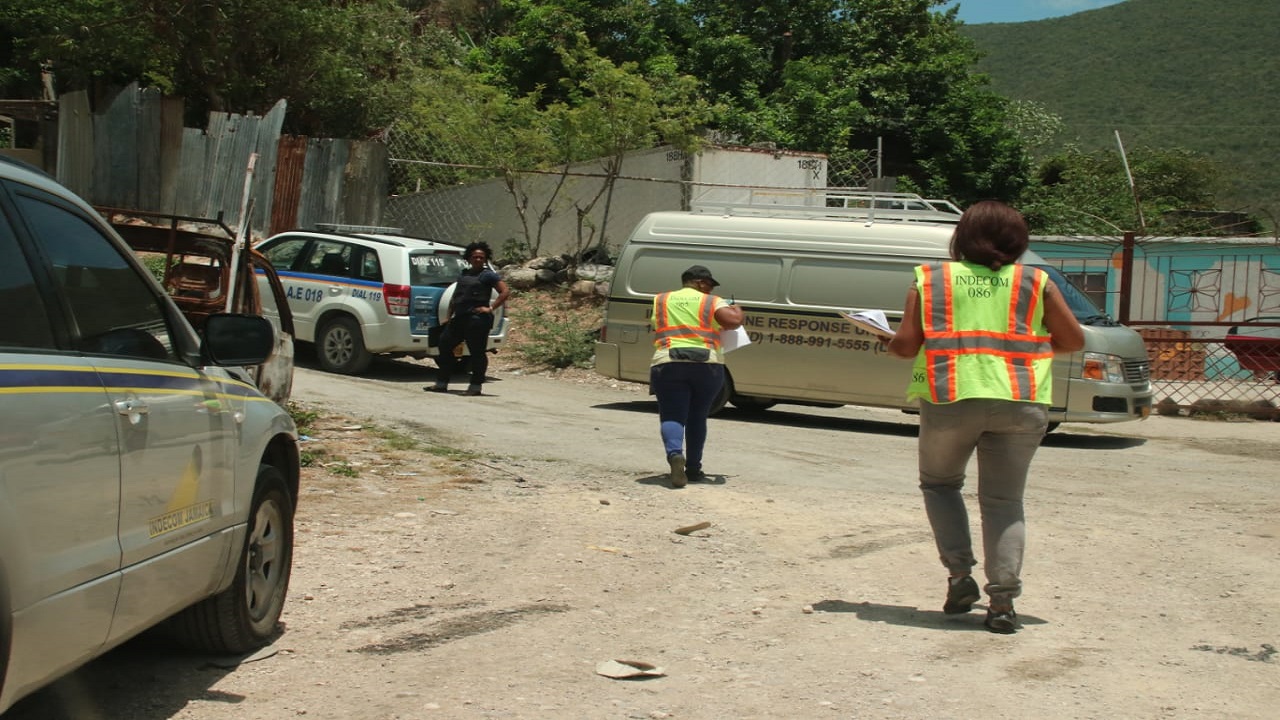 Members of an INDECOM team probing the scene in Harbour View, St Andrew where a man was shot dead by the police and two guns reportedly seized on Sunday during a raid that was carried out by a police team.

A man was fatally shot during a reported shootout with police in Harbour View, St Andrew on Sunday.

Two firearms were also reportedly seized by the police during the encounter.

Reports are that about 10:00 a.m., a police team carried out a raid in the area and came under heavy gunfire from men who were hiding at a premises in the community.

The police returned the fire and one of the men was shot and injured.

Two firearms were recovered from the scene, the police said.

The Independent Commission of Investigations (INDECOM) is probing the incident.

See photos from the scene during investigations after the shooting, below.

'Robber' killed in Harbour View: same day as HWT mobbing of 'another'